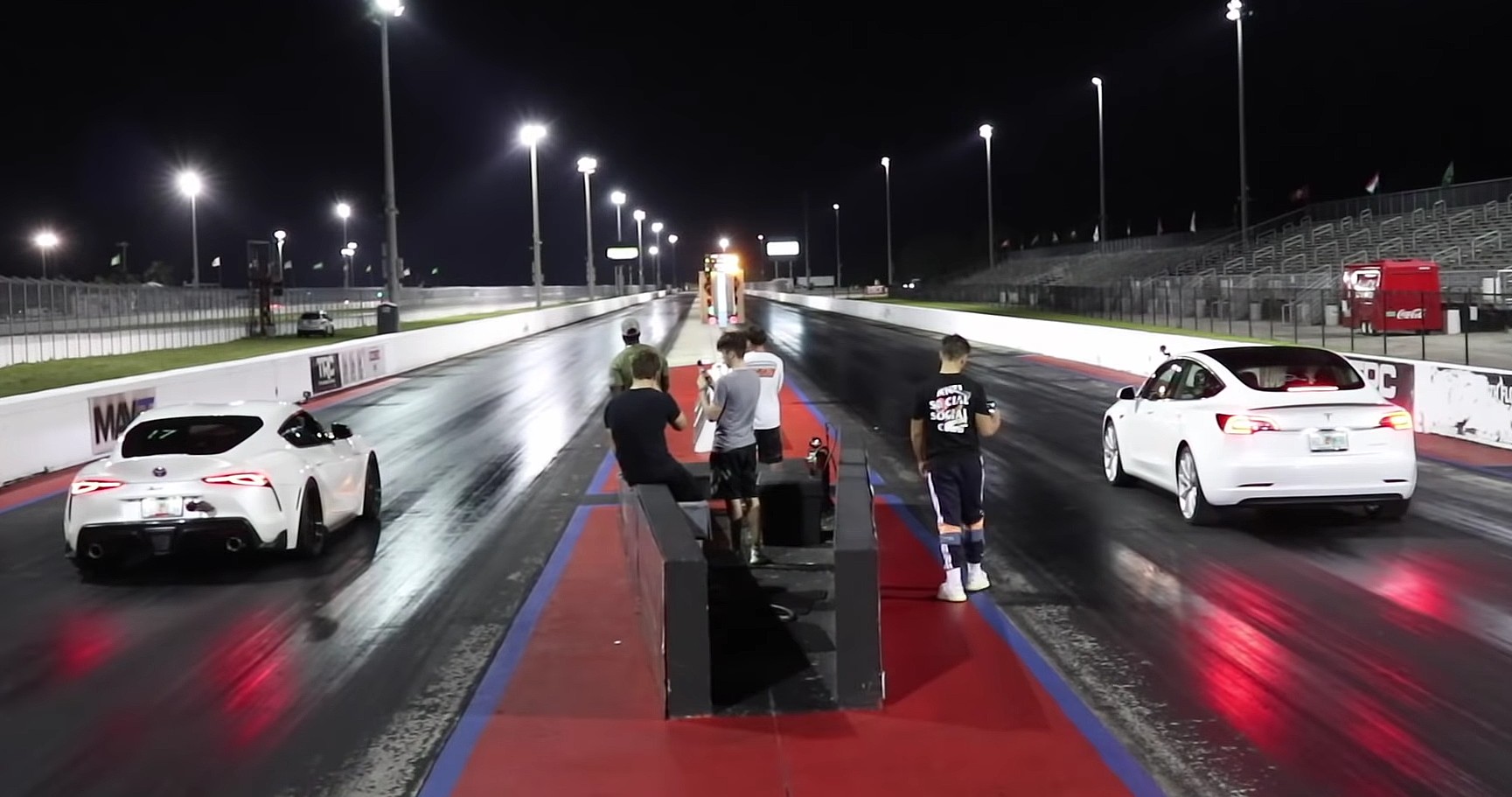 It is pretty interesting to note that the Tesla Model 3 Performance is actually the electric car maker’s most conservative Performance-branded vehicle in its lineup. Without a special launch feature like Ludicrous Mode, the Model 3 Performance relies on its raw power in straight-line races. Yet, despite this, the Model 3 is still a force in the drag strip, even when it is against a car like the 2020 Toyota Supra.

The 2020 Toyota Supra follows a long line of high-performance vehicles from Japan that have established their mark on the quarter-mile. Thanks to their capability to be tuned to their absolute limits, classic Supras can become monsters and supercar killers on their own right, and some still dominate on the drag strip until today. That being said, the 2020 Supra is a different animal compared to its predecessor, as the vehicle was developed in partnership with German carmaker BMW.

The 2020 Toyota Supra that ran against the Model 3 Performance was not a stock car. As noted by Brooks of YouTube’s DragTimes, the owner of the Supra makes it a point to always improve his vehicles. Thus, the sports car is equipped with downpipes and tune, allowing the 3.0-liter 6-Cylinder, RWD, 8-Speed automatic Supra to have 430 Whp (500 hp crank). The vehicle is also equipped with drag radials and custom wheels, making it a step above a stock 2020 Supra.

On the other hand, the Tesla Model 3 Performance is all stock. The all-electric sedan has dual motors that give the family sedan a combined 473 hp. The vehicle also has an ample 85% charge in its battery.

The two vehicles ran two races, and as noted by the DragTimes host, his reaction times during the bouts were not his best. Thus, for the races, the Model 3 Performance would have to catch up to the Toyota Supra before it could win the race. Fortunately for Brooks, his Model 3 was up to the task. Despite launching later than the Supra, the Tesla Model 3 Performance promptly caught up during the first run, overtaking the Toyota sports car and ending the race at 11.765 seconds at 112.72 mph. The Supra had a higher trap speed of 114.47, but it took the vehicle 12.102 seconds to finish the quarter-mile.

Watch the drag race between the Tesla Model 3 Performance and the 2020 Toyota Supra in the video below.