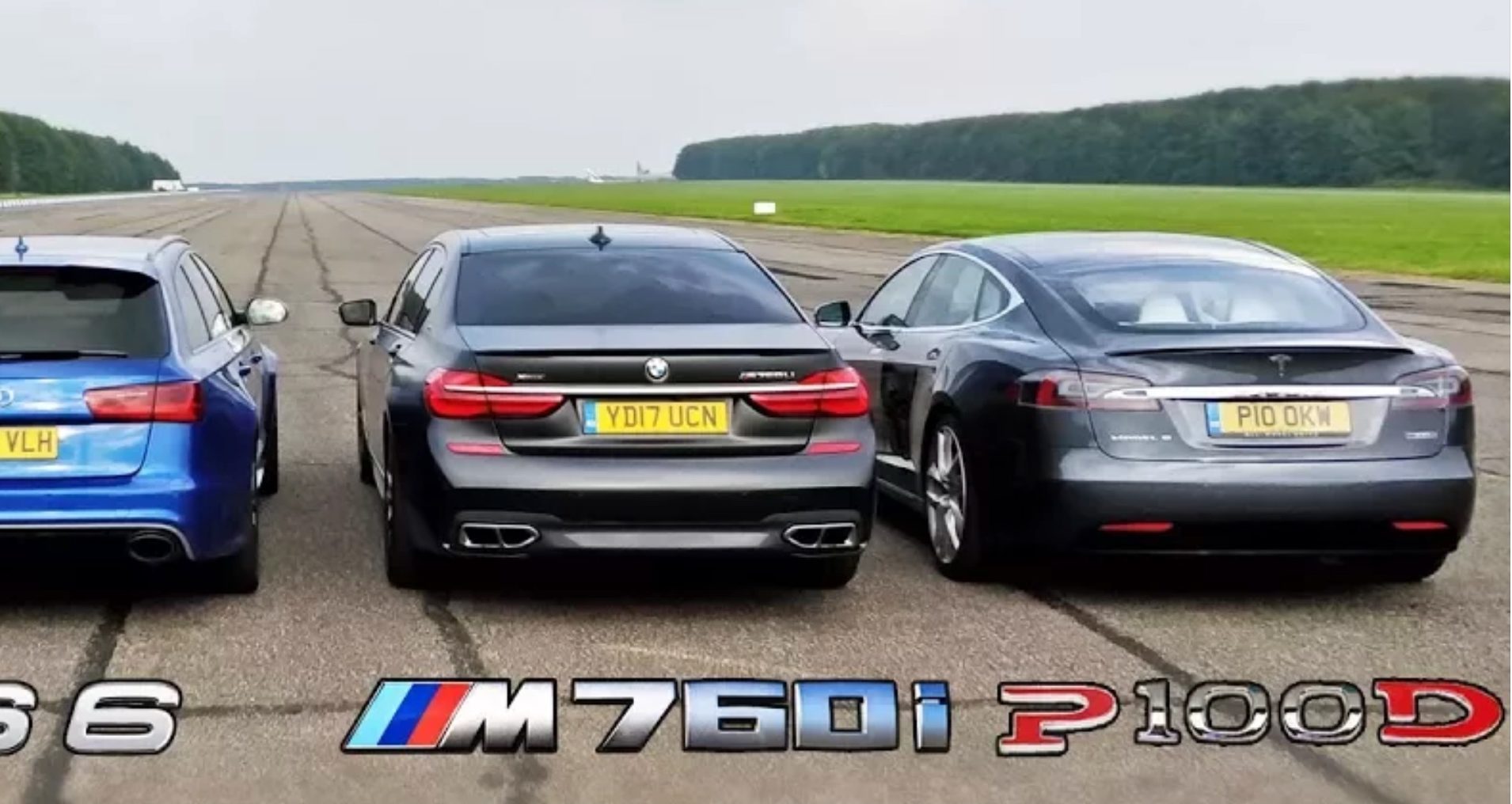 It’s a common refrain: the German automotive aristocracy boasts superior performance over American muscle cars. But, times are changing. There’s a new kid on the block — in Silicon Valley, not Motor City. In fact, Silicon Valley’s Elon Musk has become the boogeyman at one Bavarian automaker. Sure, Musk can do rockets. But can he do high-end sedans at the level of a Mercedes, BMW, or Audi? Well, the folks over at UK’s Carwow decided to put a Tesla through its paces with a few of Germany’s finest.

Carwow’s showdown is described as a unique opportunity to, “settle two big scores all in one video: which brand makes the world’s fastest wagon, and who makes the most rapid luxury saloon? To find out, the Mercedes-AMG E63 Estate, the Audi RS 6 Avant, the BMW M760Li and the Tesla Model S P100D line up against each other, for one of the closest ever Carwow races.” Each of these, “four performance monsters all with over 600hp and all-wheel-drive” had to face off in both a drag and rolling race.

Okay, we suspected Tesla would rule the track. But, what’s Carwow’s verdict on the vehicle itself? It turns out that reviewer Matt Watson was able to provide personal feedback on Tesla’s “electric saloon” in an earlier review. Watson writes, “The good news is, the car does have other talents aside from quiet electric performance – it’s also a surprisingly competent handler given its supertanker mass… the low-down battery packs provide a low centre of gravity, meaning it always feels stable.”

Watson adds, “The power delivery is beautifully smooth, too, allowing you to drive it as quickly or in as relaxed a manner as you like.” Does this car have any direct competition? “It’s fair to say that the Model S stands in a market all of its own – there is no directly comparable electric rival that offers the same combination of refinement, performance and technology.” Sure, there’s always a few quirks (as is the case with any Tesla), so along with plenty of glowing feedback — Watson offers some fair criticism in his video review.

In any event, for UK buyers looking at this market segment, Watson writes that there’s, “no equivalent model [that] features the Model S’s mixture of perks – zero road tax, congestion charge exemption, negligible running costs, and… Tesla’s fast-charging ‘Supercharger’ network.” He concludes, “Its mix of performance and perks is unrivaled and the fact it costs less to run than your average car of the same size and performance makes it even more appealing.”