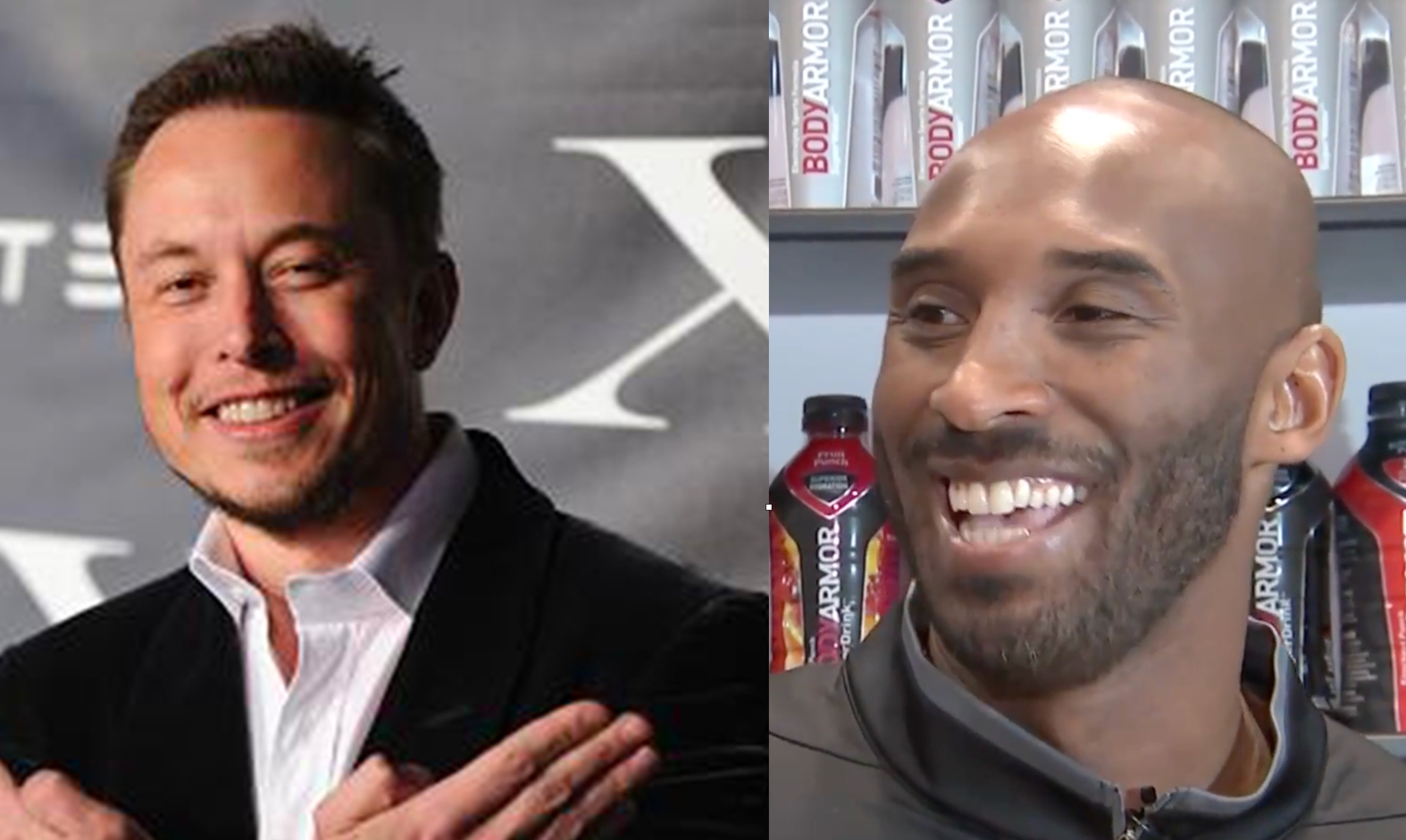 Kobe Bryant recounts his time with Elon Musk, “I buy into Elon”

NBA All-star Kobe Bryant has expanded his domain into the world of sports drinks, but instead of being a paid celebrity face behind an industry he’s become all too familiar with, the retired Lakers veteran is now a business person behind sports drink startup BodyArmor. With ambitious goals to take on the industry-dominating Gatorade brand that’s owned by Pepsi Co. and Coca Cola’s Powerade, Bryant turns to advice he received from serial entrepreneur Elon Musk.

Speaking with CNBC at the NACS Show 2017 in Chicago, Bryant recounts his time with Musk who founded and simultaneous runs Tesla, SpaceX, The Boring Company and Neuralink. “Elon Musk I think is a genius by all accounts. I asked him one time about how does he learn.” said Bryant. As BodyArmor sets its sights on becoming the number one sports drink company by 2025, Bryant recalls the inspirational message Musk had for him.

“The amount of research, the amount of study he does is unheard of. But he’ll always say the most important thing is imagination. You can learn anything that you want to learn. You can study all these things that you have in a book, but if you don’t have the imagination and then take it to another level, it doesn’t mean anything.” said Bryant on the advice he received from Musk.

Watch as Bryant explains how Elon Musk inspires him.

BodyArmor is making strides in the billion dollar sports drink market, receiving national distribution in convenience stores, sports clubs, and grocery chains. The company is expected to hit over $200 million in revenue this year, and was recently signed by the UFC as the championship’s official sports drink.

Bryant’s recent tweet revealing the company’s 110% year-over-year growth in convenience stores could be a signal that the aspiring sports drink startup is beginning to chip away at the $6 billion industry. With a figure as iconic as Bryant leading the charge and inspiration fueled by arguably one of the greatest entrepreneurs of all time, Elon Musk, one could say that BodyArmor is poised for a slam dunk.

BUT @DrinkBODYARMOR had a HOT? summer! Up over 110%+ in Convenience stores @darrenrovell #gofigure #obsessionisnatural ??‍♂️? https://t.co/iKsGYQmNRF

Kobe Bryant recounts his time with Elon Musk, “I buy into Elon”