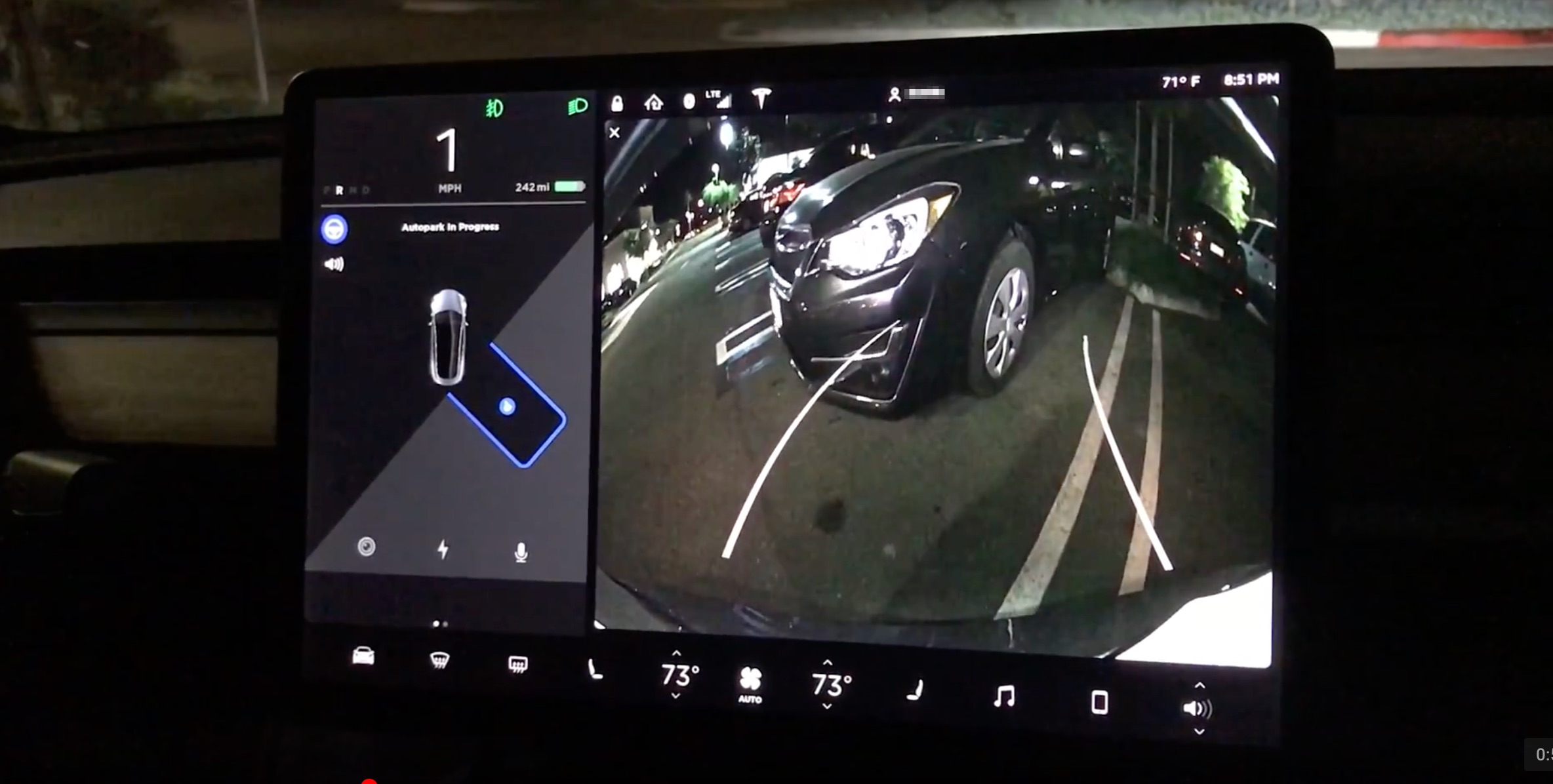 Early Tesla Model 3 owners are beginning to see the vehicle’s automatic parallel and perpendicular parking feature dubbed as ‘Autopark’ come to life in the latest software update. A Model 3 owner took to YouTube to demonstrate the vehicle’s ability to identify a vacant parking space and then automatically park itself into the designated spot.

While Tesla’s Autopark feature isn’t new and has been around since 2015 during the days of Autopilot 1.0 and Firmware 7.0, this is the first time we’re seeing it activated on a Model 3. Owners were recently notified by Tesla that Parallel and Perpendicular Autopark would be enabled only after the vehicle’s Autopilot hardware completed its recalibration.

Very similar to Autopark on a Model S and Model X, a “P” icon appears on the Model 3’s touchscreen whenever the vehicle becomes properly aligned for self-parking. Tapping on the “Start” button while shifting the vehicle into (R)everse will initiate the parking sequence. It’s worth noting that this process can be applied to both parallel and perpendicular parking situations.

In addition to enabling Autopark through Model 3’s latest software, Tesla is expected to roll out additional Autopilot features including Autosteer and automatic lane changing in next iterations of its over-the-air update.

For now, let’s watch this Model 3 squeeze itself into a tight parking space with laser precision.