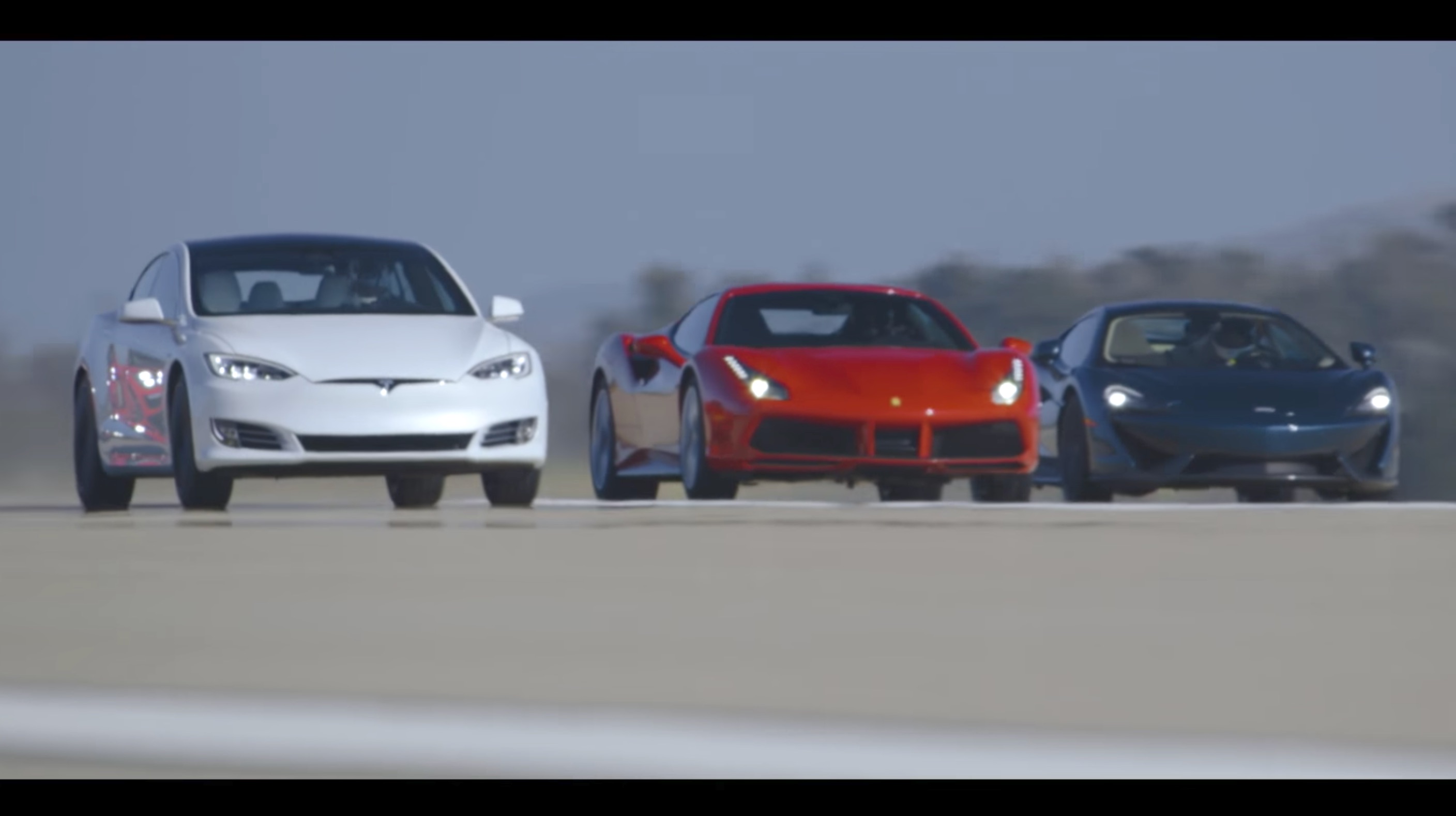 It’s worth noting that the Model S was not originally part of the 12-finalist lineup, but replaced a Mazda MX-5 Miata RF. The Miata ranked as Motor Trend’s 10th best driver’s car for its unparalleled driving experience at an entry level price point. But with a 2.0-liter four-cylinder engine that pumps out a whopping 155 horsepower, one can almost consider it as abuse if the Miata were to be left in with the field of tire shredding heavy hitters.

“We knew the Miata wouldn’t stand a chance, so to add a little intrigue we summoned the legendarily ludicrous Tesla Model S P100D to race in its place.” said Motor Trend. And intrigue they added.

Not surprisingly, Tesla’s dual-motor P100D sprinted off the line and never looked back. However, just inches away from the Model S at the finish line were three other notable contenders.

Watch as Tesla’s Ludicrous 7-seat-capable sedan opens a can of whoop-ass on the competition in Motor Trend’s “World’s Greatest Drag Race 7”.