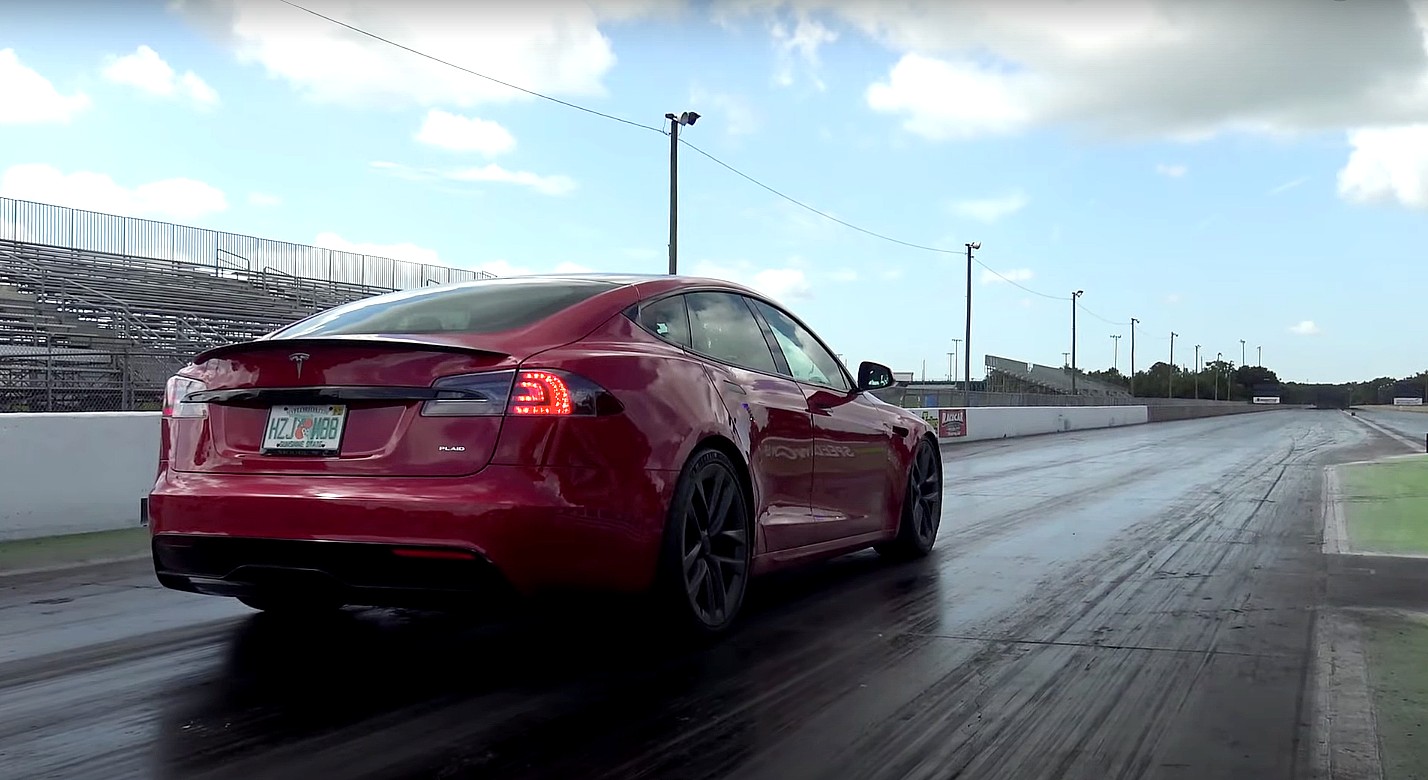 During MotorTrend’s test of the Tesla Model S Plaid, the automotive publication remarked that the vehicle showed an uncanny tendency to be robotic in its consistency, posting performance figures that never varied by more than a fraction of a second. It was an interesting observation for Tesla’s new flagship sedan, seeing as the “Raven” Model S Performance, the Plaid’s predecessor, tended to perform worse as its battery discharges.

Tesla owner and drag racing enthusiast Brooks Weisblat of YouTube’s DragTimes channel has proven MotorTrend‘s claims in a series of tests. The drag racing veteran even brought the car in a trailer to preserve its battery life, and he also made it a point to use the Model S Plaid’s Cheetah Stance for maximum performance.

The Tesla Model S Plaid performed consistently over the day, almost frighteningly so. The initial run was impressive, with the vehicle hitting the quarter-mile in 9.26 seconds at 151.83 mph. The car was even able to achieve a 0-60 mph time of 2.01 seconds. That’s close to the 1.99-second 0-60 mph time listed by Tesla, which was likely achieved on a fully-prepped drag strip.

Watch the Tesla Model S’ incredible consistency on the drag strip in the video below.