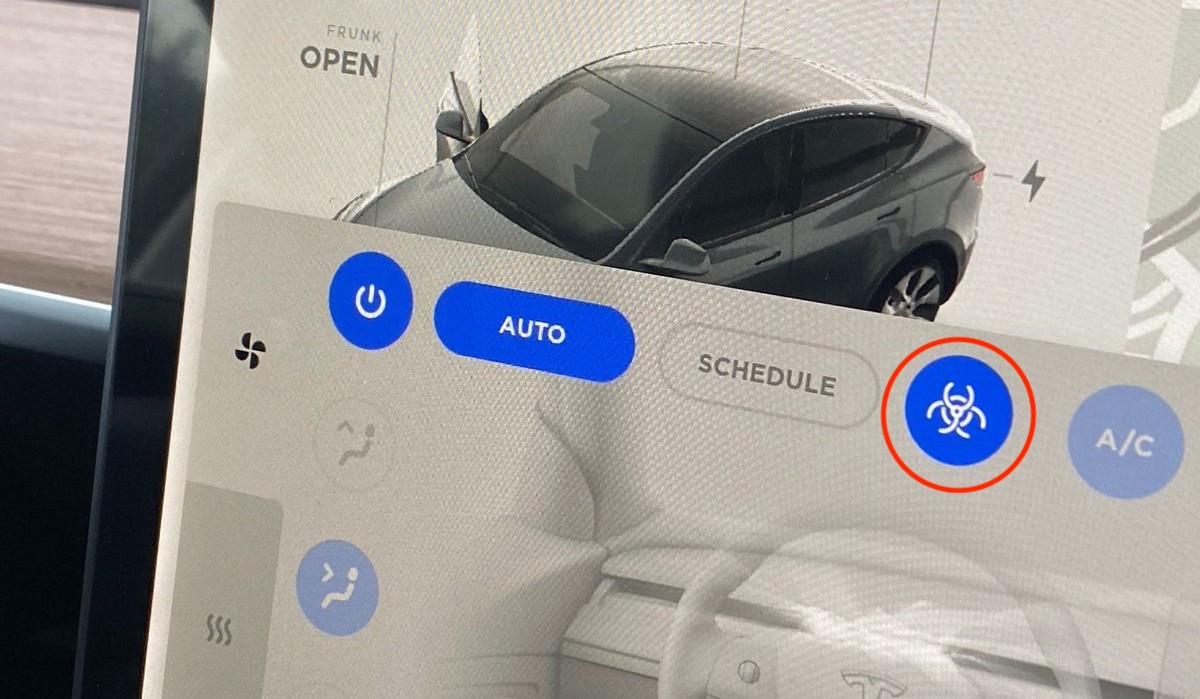 Earlier this year, Tesla started rolling out the Made-in-China Model Y to local customers. Unlike the US-made version of the all-electric crossover, the Model Y produced in Gigafactory Shanghai was equipped with a large HEPA filter and a dedicated Bioweapon Defense Mode. Recent images shared of a Model Y produced at the Fremont Factory suggest that the highly-regarded feature is now rolling out to Tesla’s US-made crossovers as well.

Electric vehicle group The Kilowatts shared the initial photo of a US-made Model Y with Bioweapon Defense Mode on Twitter. The Model Y in question, a Long Range Dual Motor variant, was built at the Fremont Factory in July 2021. With this in mind, it appears that California-made Model Ys delivered this quarter would likely include a dedicated Bioweapon Defense Mode function.

The addition of Bioweapon Defense Mode for the Made-in-China Model Y was quite surprising, since Elon Musk noted in the past that the large HEPA filter required for the feature would be too large to fit in the Model 3 without sacrificing the all-electric sedan’s frunk. Considering that the Model 3 and Model Y are built on the same platform, it was widely expected that the all-electric crossover would also not have enough space for a hospital-grade HEPA filter.

A look at the Made-in-China Model Y’s HEPA filter shows that the massive component was installed just behind the all-electric crossover’s frunk. This would make it easier to replace the filter when needed, unlike the Model X, which requires some disassembly when its HEPA filter needs replacing. While an image of the HEPA filter in the recently-built Tesla Model Y from the Fremont Factory has not been shared as of writing, there is a good chance that the US-made crossovers are following the same setup as their Giga Shanghai-made counterparts.

Bioweapon Defense Mode is arguably one of Tesla’s most unique safety-focused features, with a test involving a Model X revealing that the function could thoroughly clean the air inside (and even outside) the vehicle. The feature has proven itself over the years, particularly as California-based Tesla Model S and Model X owners experienced declining air quality from wildfires. The addition of Bioweapon Defense Mode for the Tesla Model Y could then make the all-electric crossover even more of a bang-for-the-buck vehicle, as it’s priced closer to the entry-level Model 3, but its cabin air filtration system is similar to the more premium Model S and Model X.