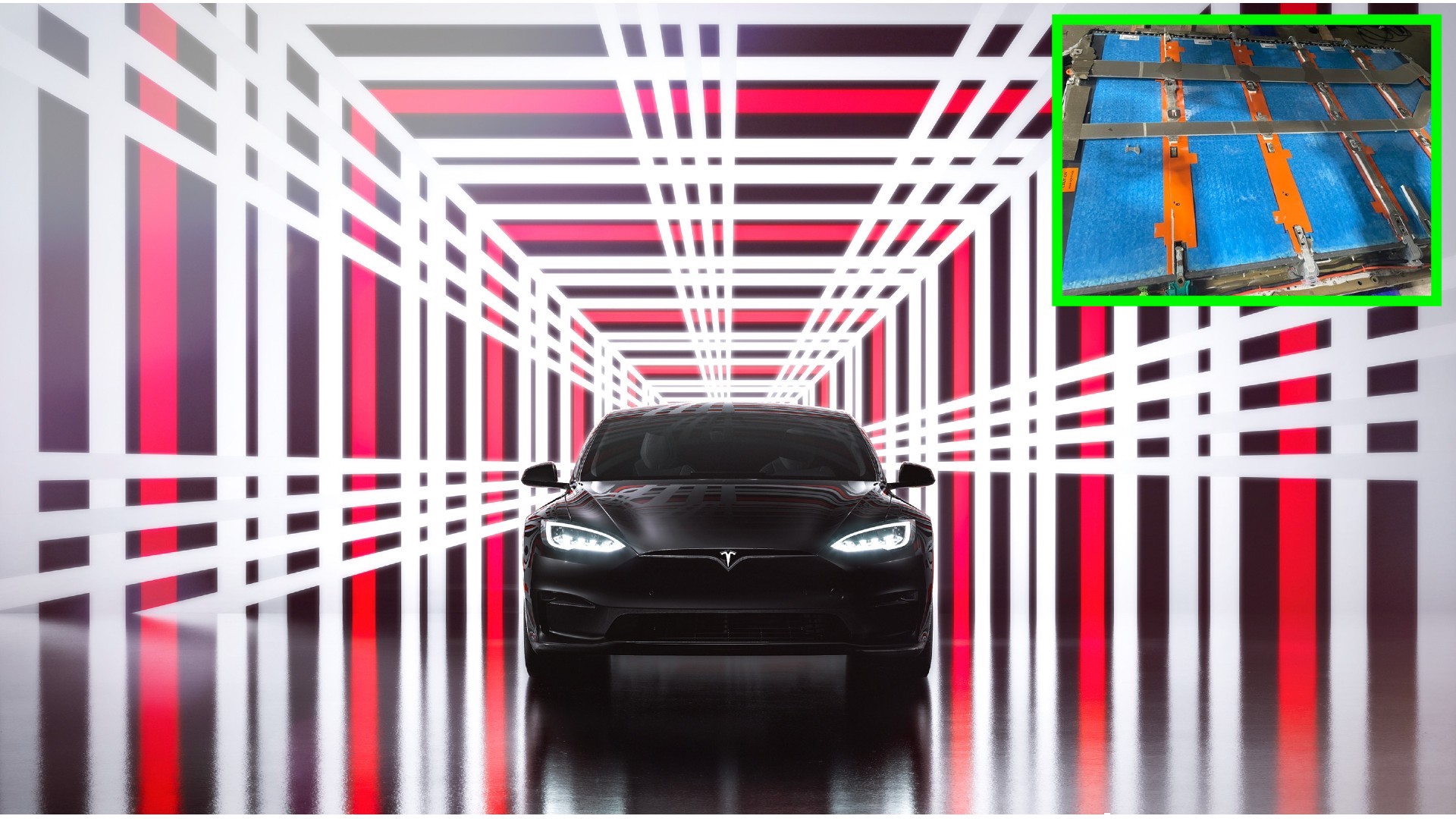 A picture of the Tesla Model S Plaid’s 18650 battery pack with its modules visible was recently shared online. The image hinted that Tesla is still in the process of optimizing and innovating its 18650 battery technology, despite the cells being quite a bit long in the tooth.

Tesla is constantly trying to improve its battery technology, which has led to the development of the company’s highly-anticipated 4680 cells. The 4680 cells are expected to be used in vehicles that require a lot of power such as the Semi, Cybertruck, and new Roadster. Amidst the ongoing supply chain challenges and delays in the mass production of 4680 cells from Tesla’s Kato Road facility, however, the company noted that the Model S Plaid, its current flagship sedan, will maintain its use of 18650 batteries.

According to Redditor u/punx, who posted the picture, the Model S Plaid’s battery pack features five large modules, packed to the brim with Panasonic’s 18650 cells. The Reddit user confirmed the cells were 18650 with measurements proving they were 18mm in diameter and 65mm in length. Previous iterations of the Model S have battery packs with as many as 16 individual modules.

A decrease in the number of modules in the Model S Plaid’s battery means fewer parts for the vehicle’s pack, resulting in lower production costs for Tesla. Lowering production costs for its vehicles is a key priority for the company. At the 2021 Annual Shareholders Meeting, Elon Musk mentioned that Tesla has been making a lot of progress in cost reduction, despite the average selling price going down due to the lower prices of vehicles like the Model 3 and Model Y.

“We managed to still do decently well on a gross margin. So, you know, getting the average price down and gross margin up is very difficult,” Musk pointed out. “But we’ve managed to do that. Our goal is really to make the cars as affordable as possible.”

The Model S Plaid (and perhaps the Model X Plaid) might be the last vehicles in Tesla’s lineup that would use 18650 cells. With Tesla focusing its efforts to master the mass production of its 4680 cells — which are more powerful and cheaper to produce — it would not be a surprise if future iterations of the flagship sedan and SUV are fitted with 4680 structural batteries. The 18650 cells are showing their age, after all, as Tesla has been using them since the days of the original Roadster.

If Tesla does utilize its 4680 cells for the Model S and Model X, the vehicles would likely be equipped with nickel-based batteries. The Tesla CEO has previously explained that the supply chain goes all the way back to raw materials like lithium and nickel, which are used to develop the company’s battery cells. During the last earnings call, Elon Musk mulled over the idea of Tesla consolidating its battery offerings down to 2 or 3 form factors, one nickel-based for high-powered vehicles like the Semi and the other iron-based for mass-produced cars like the Model 3.

“So right now, we kind of have the Baskin Robbins of batteries situation, where there’s so many formats and so many chemistries, that it’s like we’ve got like 36 flavors of battery at this point,” Musk said.

“This results in an engineering drag coefficient where each variants of cell chemistry and format requires as certain amount of engineering to maintain it and troubleshoot. And this inhibits our forward progress. So it is going to be important to consolidate to maybe—ideally two form factors, maybe three, but ideally two. And then just one nickel chemistry and one iron chemistry, so we don’t have to troubleshoot so many different variants,” he said.

With Tesla likely retiring its 18650 cells in the future, the Model S Plaid’s five-module battery pack could be seen as one of the final iterations of the technology that the company quite literally used to build its empire. And considering that the 18650 cells are being used in the Model S Plaid, there is no better swan song for the humble batteries.