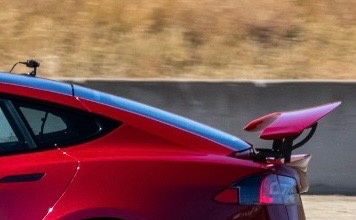 Tesla is preparing for Model S Plaid deliveries as it is beginning the final testing phases of the Tri-Motor, all-electric performance sedan that has been in development for several years.

After rumors surfaced of a record-setting Model S Plaid at the Auto Club Famoso Raceway, The Kilowatts ventured to Laguna Seca Raceway, where Tesla was also spotted testing several Model S variants. Upon the sighting of two Model S vehicles at the track, one red and one black, it became apparent that Tesla was testing the two cars ahead of initial deliveries.

BREAKING: Tesla is CURRENTLY attempting lap records in a couple of Model S Plaid (possibly a Plaid+) prototypes at Laguna Seca Raceway!
They just secured a 1:30:XX (unconfirmed time)
This is a developing story – more photos and videos to follow. pic.twitter.com/BqxPdK4k43

In fact, one Model S appeared to have a retractable, adjustable spoiler, a device that seemed to be similar to the spoiler on early Model X builds. On early Model X vehicles, Tesla included a retractable, electric, active spoiler that the driver could control from the vehicle’s cockpit. Tesla eventually did away with this in 2017 and chose to go with a stationary spoiler instead. 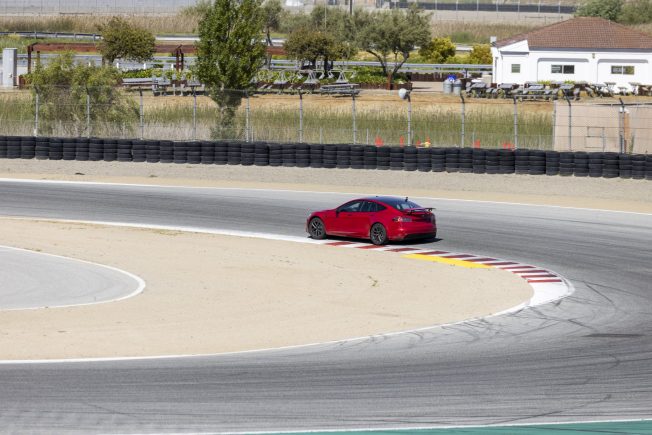 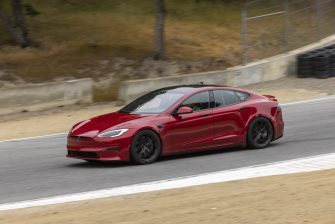 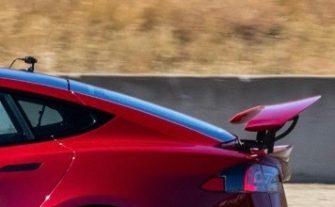 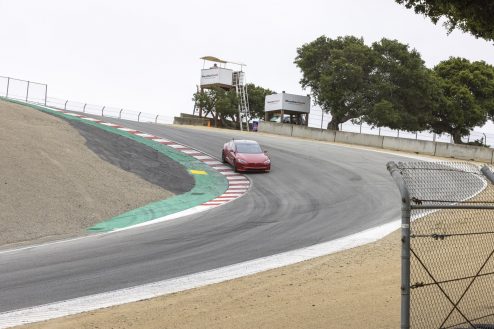 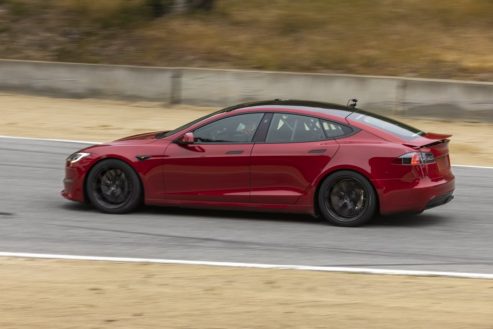 Interestingly, Tesla did utilize a spoiler on the Model S Plaid before. It occurred in late 2019 when the Model S Plaid hit the Nürburgring in Germany. While the variant of the Plaid Powertrain-fitted Model S was sporting a rear-spoiler in that instance, CEO Elon Musk confirmed to Teslarati that it would not be permanent and it was only going to be placed on the car temporarily for “rear downforce calibration.” Musk confirmed that the wing would not be utilized or crucial to impeccable performance, and it also wouldn’t be included in the production version of the vehicle.

The big rear wing is only on for one day for rear downforce calibration. Isn’t needed to set ring record & won’t be in the production car.

Deliveries of the new Model S vehicle builds could occur in the coming weeks. After a message to a Model S Plaid reservation holders indicated that an update to the anticipated delivery timelines should be coming within the next week. “Due to high volume of Model S orders Tesla has at this time, we currently don’t have an estimated delivery date for you but that should change within the next week, as soon as there is an estimated delivery date provided internally for you order, I will reach out ASAP,” the message said.

Tesla originally slated initial deliveries of the Plaid Model S for February, but Musk also told Teslarati that the car was still undergoing minor refinements and that there’s “nothing else even close.” It appears that what was running at Laguna Seca could definitely be the Plaid Model S variant that will make its way to customers very soon.