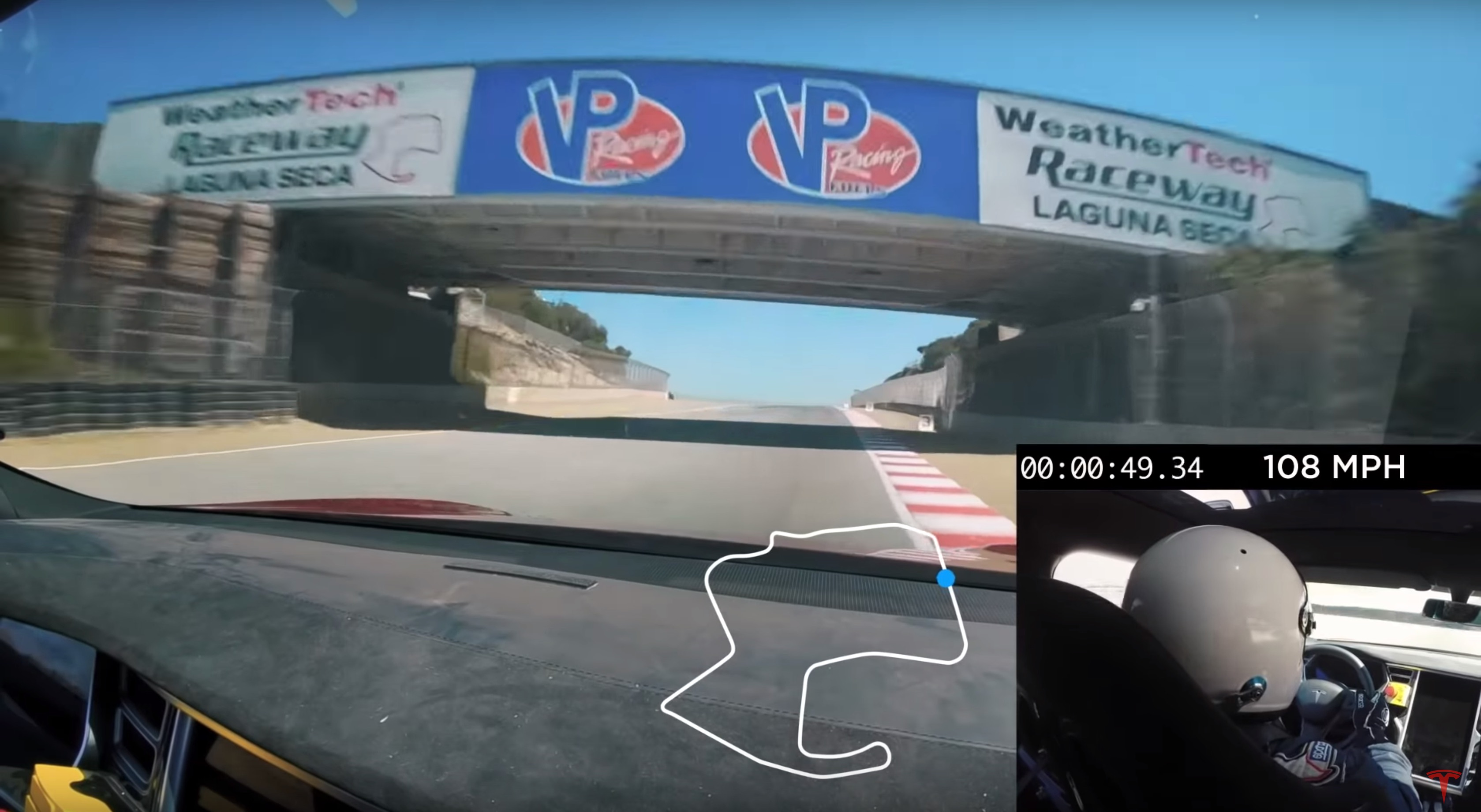 Tesla has released a video showing a Model S with Plaid powertrain and chassis prototype setting a new track record at the famed Laguna Seca Raceway.

Setting a lap time of 1:36.555 seconds, Tesla’s run is the new fastest time recorded by a four-door electric sedan, besting the previous record of 1:37.5 set by a Tesla Model 3 Performance for an electric vehicle, and all-time record of 1:37:54 set by a Jaguar XE SV Project 8.

It’s the first time the Silicon Valley-based electric carmaker has revealed a ‘Plaid powertrain’ setup. This comes on the heels of Porsche Taycan’s very public debut of its first track-ready high-performance electric sedan and video of its record-setting Nürburgring run.

Plaid Mode was introduced by Elon Musk in 2015 during the next-gen Roadster unveiling. Plaid Mode refers to the speed of the vehicle and pays tribute to 1987 hit film Spaceballs, where Musk has found many inspirations, like fellow speed mode “Ludicrous” and Boring Company’s Flamethrower.

Musk also announced that Plaid Mode would be included on future models of the S, X and both trims of the Roadster, allowing consumers to experience intergalactic speed like those in Mel Brooks famous space film.