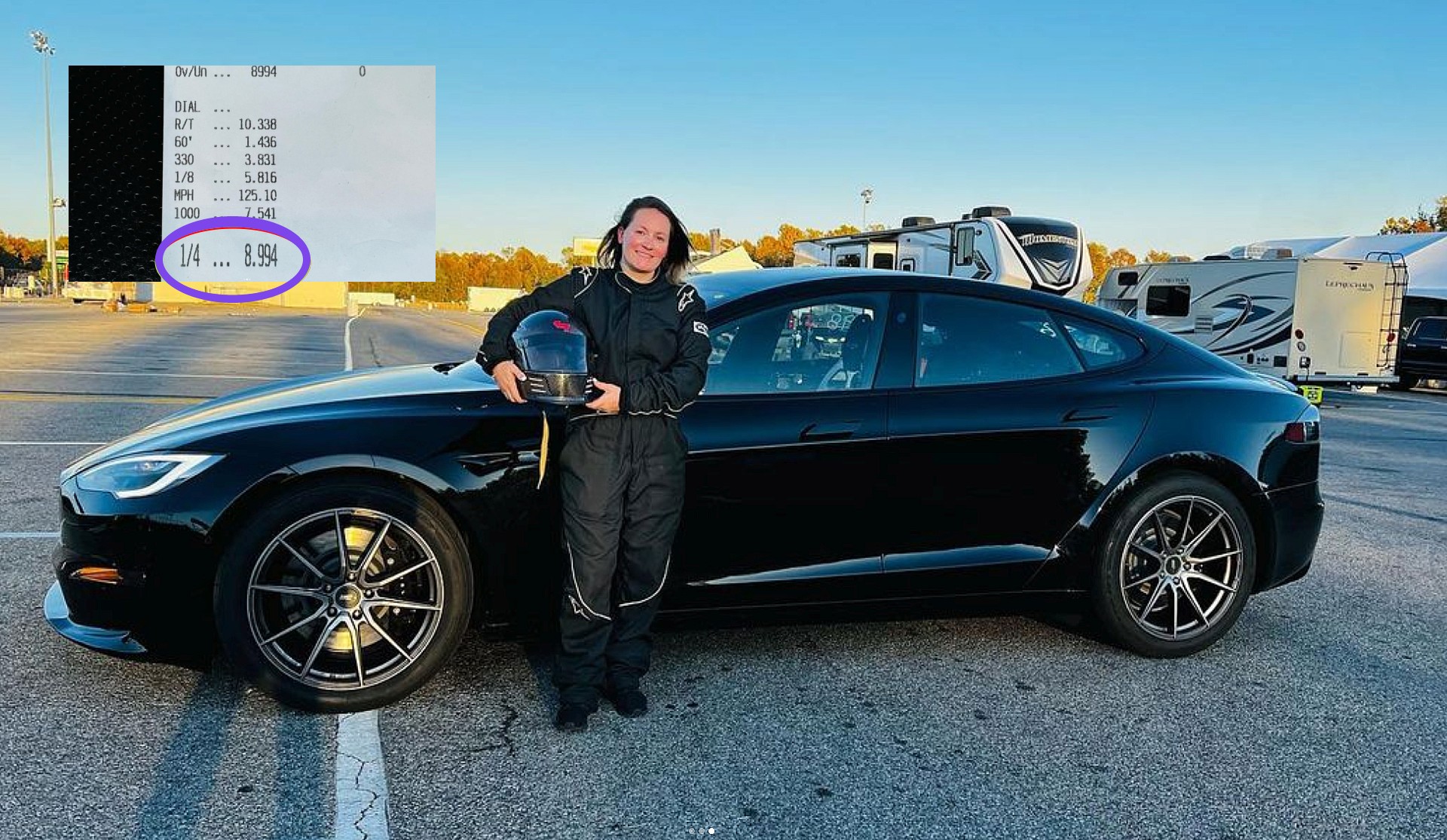 A Tesla Model S Plaid ran a sub-9-second 1/4-mile for the first time at Maryland International Raceway in the United States.

The Model S Plaid is Tesla’s crown jewel of performance. It is the fastest vehicle currently offered in Tesla’s lineup of vehicles and is currently the fastest four-door production vehicle on Earth with a 1.99-second 0-60 MPH acceleration rate. The Model S has set numerous speed records, including the fastest 1/4-mile, beating the record the Bugatti Chiron Sport set in 2018. The Model S Plaid ran a 9.247 1/4-mile that day at Famoso Raceway in Bakersfield, California, but improved on that time recently, according to one owner.

George Dodworth and his wife Christine state their Model S Plaid has become the first Tesla in the world to reach an 8-second quarter-mile. During a drag strip session at Maryland Raceway, The vehicle had an average speed of 125.10 MPH during its run and a top speed of just over 155 MPH, completing the run in 8.944 seconds, making it a new record.

The Model S is now, technically, the second-fastest all-electric vehicle in the world, following the $2 million 2021 Rimac Nevera, which used four electric motors to run an 8.6 and 8.7 quarter-mile earlier this year, according to CarWow. Despite this, the Model S is produced much more often and has many real-world owners compared to its supercar rival, which draws an ungodly 1,914 horsepower.

The Model S remains Tesla’s most high-performance vehicle, and it is likely that times under the 9-second threshold will occur more often in the future. Tesla has continued to improve on the performance of its vehicles through software updates, modifications, and other forms of improvements. Earlier this week, the company released a $20,000 Ceramic Brake Kit for the Model S Plaid, aiming to improve handling and performance in track settings for those who take their all-electric sedan to closed courses.