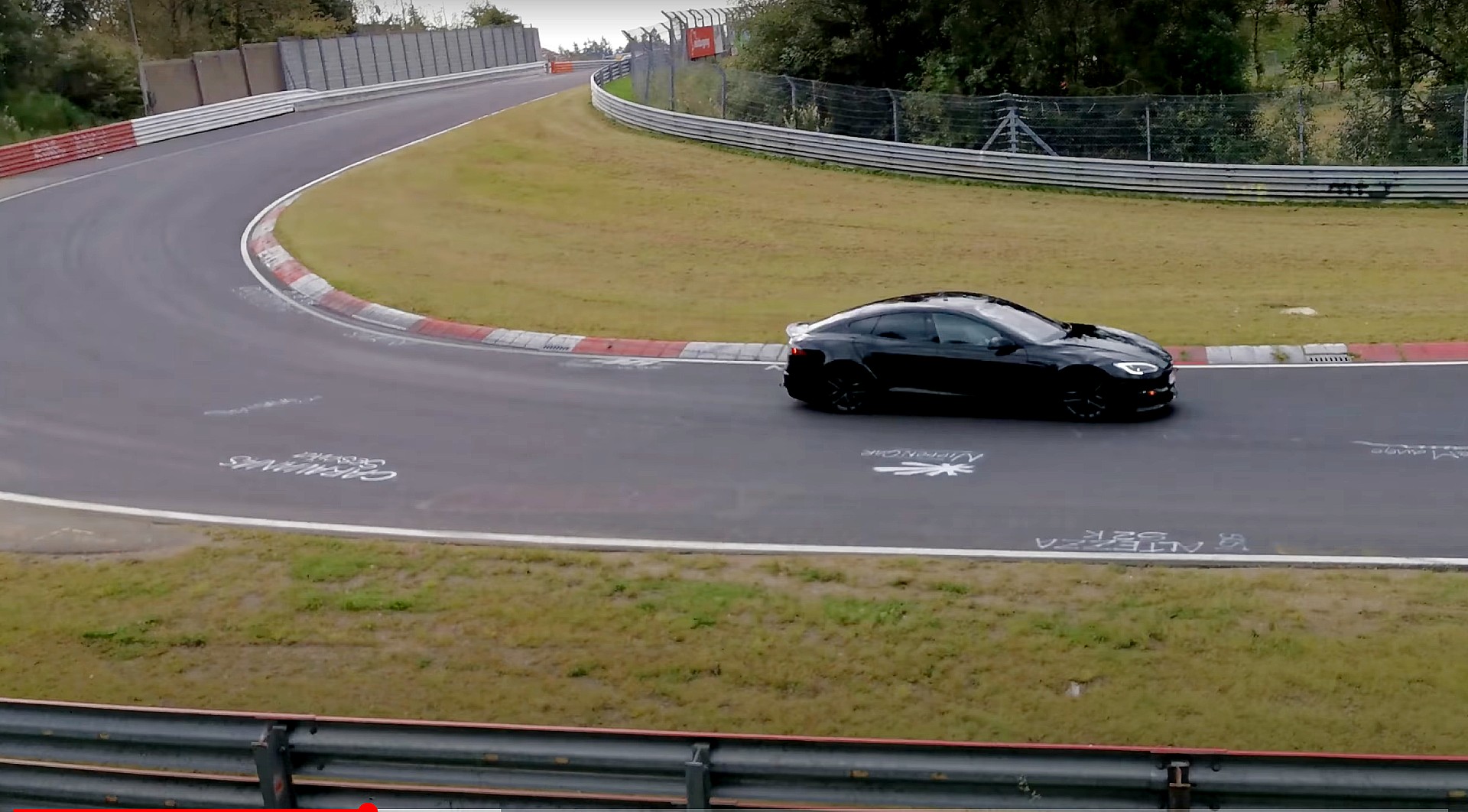 With the Tesla Model S Plaid setting an official world record for a production electric car in the Nurburgring, all eyes are now focused on what a track-optimized version of the flagship sedan could do in the 12.94-mile track. If the Tesla Model S could achieve a 7:30.909 time and an average speed of 166.320 km/h (103.35 mph) bone stock, a “Track Pack” could undoubtedly shave off a good number of seconds from the vehicles lap time.

Fortunately, Tesla CEO Elon Musk has shared some insights on the Model S Plaid’s “Track Pack.” He also shared some modifications Tesla plans to implement for the flagship sedan in its next Nurburgring record attempt and a potential rollout strategy for owners who wish to modify their vehicles for maximum track performance.

While the Model S Plaid that set the 7:30.909 time was a bone stock vehicle, directly from the Fremont Factory, Elon Musk noted that Tesla’s next goal is to see how the vehicle does when it is equipped with added aero surfaces, carbon brakes, and track tires. These modifications could help keep the Plaid planted on the track, which seemed to be one of the points for improvement in the vehicle’s stock run.

Apart from discussing the Model S Plaid’s modifications for the Nurburgring, Elon Musk also noted that a “track software update” is just a “few weeks away,” with some new features like waypoints. The CEO did not share if the “track software update” would unlock the Model S Plaid’s top speed to 200 mph, but it should help optimize the flagship sedan for high-speed, technical runs.

Musk noted in a later tweet that Tesla is open to the idea of having third-party shops modify the Model S Plaid with track-optimized equipment since the company doesn’t really have age bandwidth to do it. Allowing third-party modifications should open up a lot of possibilities for Tesla. It would give companies like Unplugged Performance and Mountain Pass Performance more than enough space to exercise their creativity, similar to how AMG became the high-performance subsidiary of Mercedes-Benz AG.

Watch the stock Model S Plaid’s Nurburgring lap attempt in the video below.