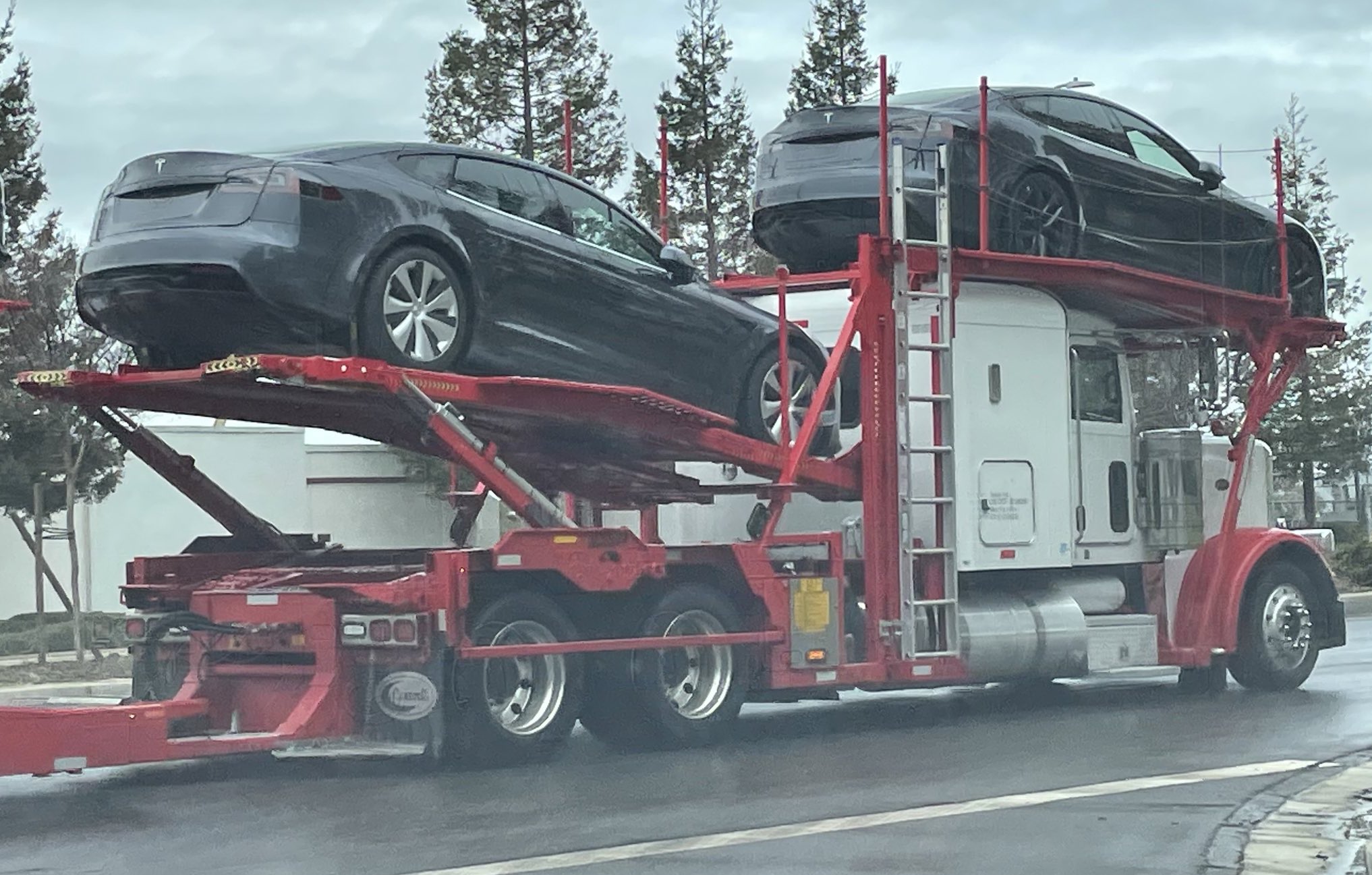 Twitter user @CodingMark took snapshots of a car carrier transporting several Model S refresh vehicles out of the Fremont Factory. The EV community member initially speculated that both Model S refresh and Model S Plaid vehicles were on the car carrier, but a closer inspection of the images suggested that the cars were comprised of the former.

Since Tesla announced the Model S Plaid’s availability, all eyes have been on the Fremont Factory. The facility’s parking lot has been steadily filling up with Model S refresh recently. This pointed to the idea that customer deliveries of the revamped flagship sedan are about to kick off.

During the earnings call in January, Elon Musk announced that Plaid Model S deliveries would start in February. Musk’s estimates were a bit off as no deliveries were made last month. Ultimately, the Model S Plaid’s deliveries seem to be experiencing some “Elon Time,” a tendency that Musk himself admitted to in the past. “I always deliver what I say, just maybe not in the timeframe that I say it,” the Tesla CEO said.

With Model S refresh cars being transported now, Plaid Model S vehicles could be the next cars to leave Tesla’s main production facility in California. Model S Plaid deliveries could make a significant difference in Tesla’s first quarter, similar to the impact the Model Y’s deliveries had in Q1 last year. With only a few weeks left to go in March, the excitement and eagerness for Plaid Model S deliveries is bound to escalate.

If Model S Plaid deliveries don’t make it until the end of March, it would still play a significant role in Tesla’s next quarterly earnings. Plaid Model S deliveries could start next month, kicking off Q2 on a solid footing.