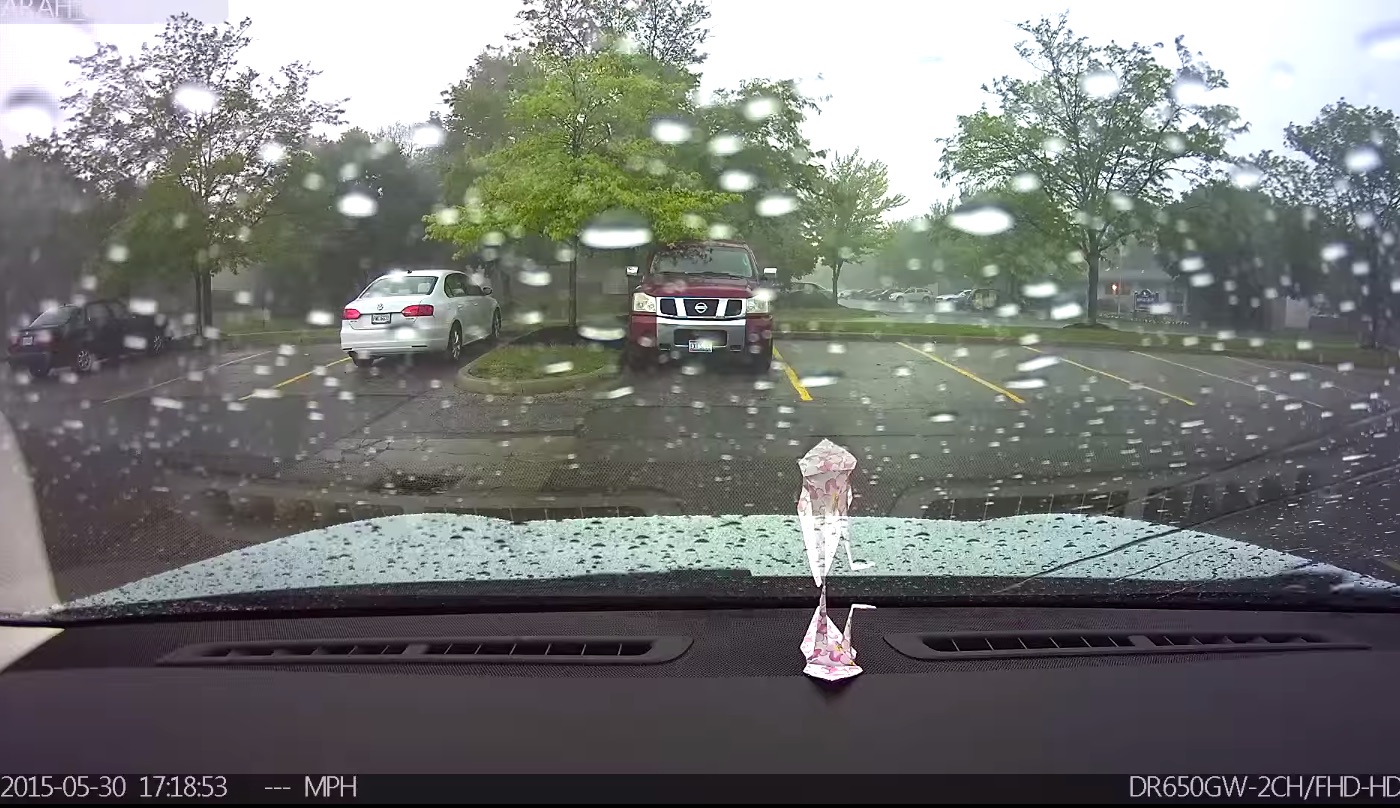 A Model S disabled by lightning while charging must wait at least one day for Tesla technicians to figure out what went wrong and restore it to service.

It’s been a week since Sarah Day’s Model S got struck by lightning while she was at a SuperCharger facility. So far, she reports Tesla really has no idea what happened to her car, but the technicians at the local Tesla Service Center have been kept busy trying to repair it.

She understands the battery has been removed and sent off to the factory in California, where Tesla engineers “are almost giddy to get their hands on it,” she says. Apparently this is a first of its kind event and the company is putting every effort into trying to understand what happened. Sarah has been told that there may be an official announcement from Tesla when they get it all figured out.

In the meantime, she says “All eyes are on Columbus.” The incident occurred in Ohio, not Georgia as I originally thought. She has asked to be provided with a full technical analysis of what happened to her car and what it will take to fix it when that information becomes available.

For now, there seems to be no correlation between the lightning strike and the fact that her car was charging at the time. It seems Sarah was just unlucky that the lightning came so close. It may be cool to be the center of attention at Tesla headquarters for a little while, but I think by now she would prefer to have her car back so she can get on with her life.

A Model S struck by lightning while charging will have to wait at least one day for Tesla technicians to bring it back to life and figure out what happened. Sarah Day was charging her Tesla Model S at a Supercharger location near Columbus, Georgia [Edit: The location of the event occurred at Columbus, OH and not Columbus, GA as originally published] on Sunday morning when a lightning bolt hit very close by. Her first indication that something was wrong came when her BlackVue dash cam lost power. Here’s how she describes what happened next:

“I heard the crash, and just a second or two after about 9 errors popped up on the dashboard. Some of them were low charge warnings, saying it would disable some functions. Others were on how the car needs to be serviced. I was also getting that the car can’t be charged, and that the 12 volt battery is low.

“After the storm died down I got out of the car. The charging port wasn’t lit up, and when I tried to remove the cable it wouldn’t come out. I still had most of the functions in the car, including the touchscreen. The other car that was charging just a couple stalls down from me was completely fine and drove away, though I didn’t get to talk to that owner afterwards.”

Sarah called Tesla but had trouble getting through due to high call volume. The company agreed to send a tow truck, but before it got there, the 12 volt battery failed and the touchscreen shut down. When the tow driver arrived, he attempted to charge up the battery but it took two attempts before the touchscreen came back to life. Even then, the charging cable still would not disconnect from the car. Sarah couldn’t get the sunroof to close, either.

Since the car couldn’t be towed with the charging cable connected, Sarah had to leave her car at the Supercharger station with the sunroof partially open. There was nothing more she could do until the local Tesla service station opened for business on Monday morning.

Although Sarah wasn’t happy about her car being disabled, she can’t say enough good things about Tesla service and support people who took her phone calls.

“Tesla customer service was amazing. They were very responsive, and offered to rent me a car from enterprise so I could come home. I said I would rather stay with the car for a couple days to see how it all played out. I am from Atlanta and I was visiting a friend in Columbus, and I didn’t want to be that far away from the car in case of any issues.

“They offered to put me up in a hotel for a night, and also to get me a taxi or Uber ride. I decided I’d just stay with my friend, but they sent the Uber driver over for me. Also, the service center in Marietta, GA has been in contact with me to see how things are going. I know them pretty well, as well as one of the technicians. They have been incredibly helpful and supportive, though they can’t really do anything from there.”

The local Tesla service center will send a technician Monday morning to get the charging cable disconnected and bring the car in to be checked over. Sarah was told that each Supercharger has multiple relays and sensors to protect the cars from surges. At this point, she has no explanation for why her car was disabled, but expects a full report on Monday. She has complete confidence in Tesla service personal to identify the problem and get her car functioning properly again.

“They usually are pretty thorough with their descriptions of what went wrong. I’m hoping that it’s something simple. The technician in Marietta says the car may have sensed the large external voltage spike and disconnected everything as a safety precaution, but I don’t know if that would cause the charging port to malfunction.”

Thanks to Sarah Day for sharing with us details of her experience while she was in the middle of being stranded far from home. We will update this report when more information becomes available.