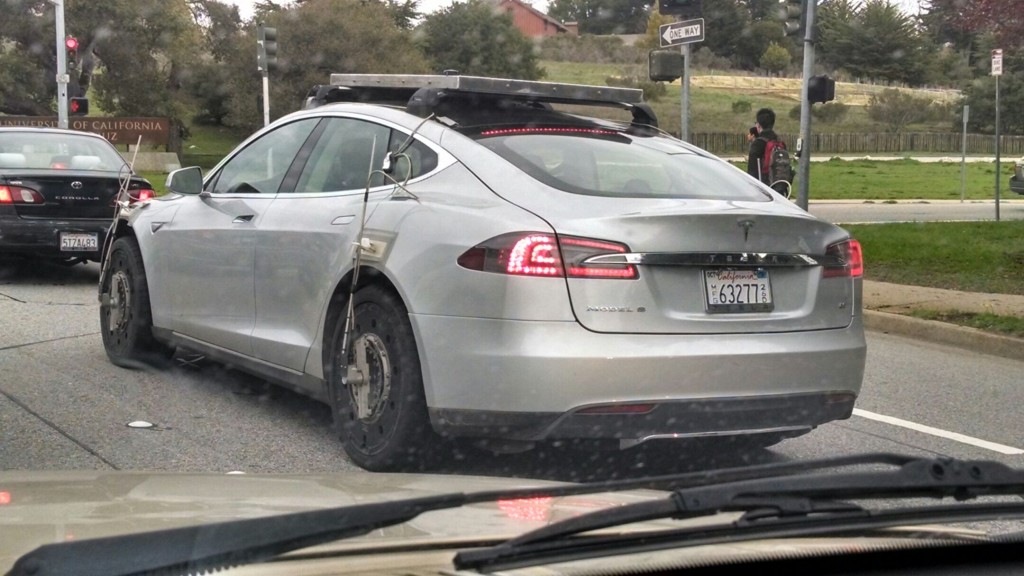 Everyone loves a good mystery and especially one from Tesla Motors. Can you name what this mystery electric vehicle is?

Tesla Motors does one thing very well, it’s to let you guess and talk about what’s next for the company. This week’s mystery picture has the Internet rumor mill running full speed. So far, the Internet is afire guessing what this. Let’s call it the Model S/X and see what the rumors are about. The very active Google + forums speculate it is an autonomous driving Model S. Other forums mentioned a solar powered Model S. We’ve even heard it could be the soon-to-be-released AWD version. The most probable answer so far is that it is a Model X simulation. The square block on top is most likely not a solar panel. No solar panels are efficient enough yet to power a car, at least not in any consistent ways. This is most likely a rolling and handling test for the Model X platform.

The Model X will use much of the Model S platform. The roof block we see could simply simulate the added weight a crossover would add. The outboard wheel position sensors are probably recording ground-truth checks on the in-wheel sensors.

Here’s a video for you:

Is it the future Model S AWD prototype tested, or more likely a simulation of the Model X?