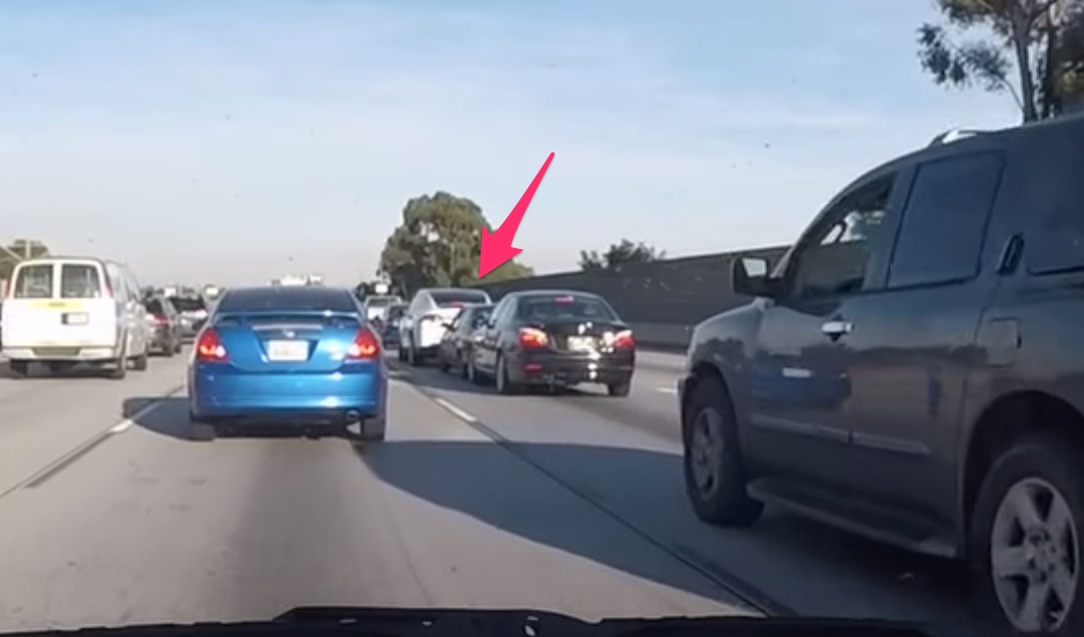 A Tesla Model X driver with cat-like reflexes was caught on dash cam accelerating away from a 3-car accident that occurred on a busy California freeway. The video was posted to YouTube by Maaz Jilani that shows a driver of a Nissan Amada slamming on the brakes a second before colliding into a BMW sedan. The impact made by the near-6,000 lb SUV appears to have panicked the BMW driver, as they’re seen accelerating into the car directly in front, sending that vehicle towards a white Tesla Model X before it.

With a fraction of a second to spare, the Model X is heard screeching its tires before accelerating out of harms way. This isn’t the first time we’re seeing the instantaneous torque available on a Tesla save a driver from a near-collision. Last November, we saw renown white hack hacker and off-grid proponent Jason Hughes post a chilling dash cam video showing his Model S P85D narrowly missing a high speed rear-end collision. Hughes told Teslarati at the time, “It looked like the Prius driver might have attempted to pass me in a panic before realizing there was traffic coming (which I was waiting on to make my left), You can mentally mark my position and the position of the Prius as it attempted to stop and it’s pretty clear he would have hit me if I hadn’t moved.”

Earlier today, we reported that one of the first Model S P100D owners posted a record-setting 1/4 mile run in his vehicle with 20k miles, but Tesla’s instant acceleration isn’t only good for spirited driving. It might help you escape serious injury or at the very least save you from a brush with the insurance company.