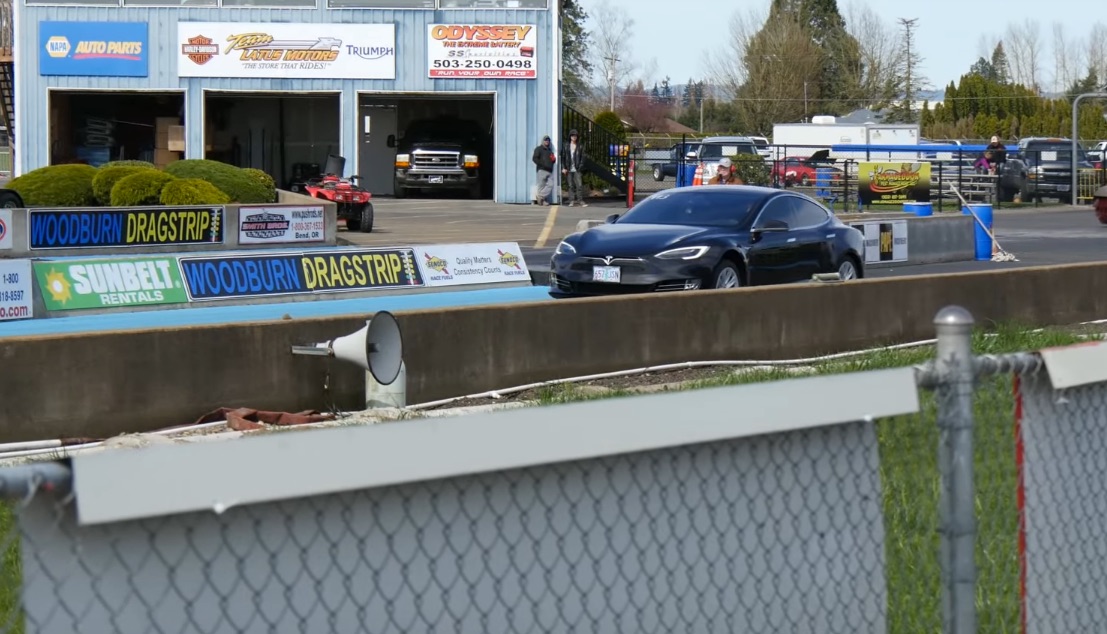 It wasn’t long after we first reported that an early Model S P100D owner set the world record for quickest 1/4 mile time in a production 4-door sedan that the record was broken, this time being done by a 1-month-old 2017 Tesla Model S P100D in factory form. HPFChris posted a video to YouTube showing his P100D breaking into the exclusive 10.6 second 1/4 mile with a run of 10.638 seconds at 124.65 MPH, shattering the previous record by a substantial margin.

While we’ve seen plenty of Tesla drag racing videos in the past, this latest video makes a bold statement that leaving a Tesla in factory form is arguably the best thing any owner can do. At least when it comes to performance. The video also validates a previous finding by the folks behind Tesla Racing Channel who quickly realized that their modified Model S with lightweight wheels was no match for a factory Model S P100D.

Though aftermarket tuners appeal to the Tesla owner with the lure of better range and better acceleration when using their light weight wheels or body enhancements, one has to question whether they’ve spent as much engineering hours as Tesla has when it comes to fine tuning airflow around their product. After all, Tesla has been awarded with having a vehicle with one the lowest coefficient of drag on the road today, and known to do extensive wind tunnel testing of their products, in order to maximize vehicle range and performance. This begs the question, is there a reason to modify a Tesla for “performance”, at all?