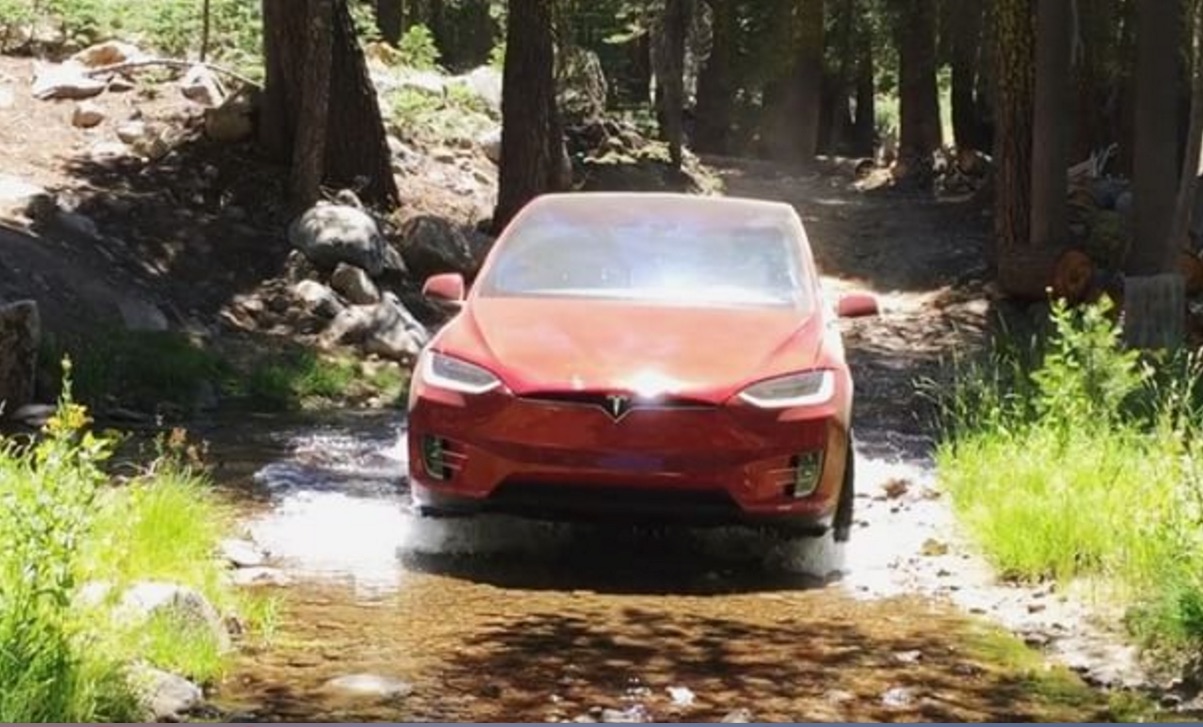 Tesla’s Model X isn’t just another pretty face with some flashy tude. The company wants you to know that beyond being the most technically over engineered and quickest SUV in the world; so quick that victims from its drag racing escapades resort to asking for a head start, the two and a half ton battery-powered SUV can do a little off roading as well.

In a post made on Instagram, Tesla showed that the Model X can blend into any environment even if it means traversing water and river rock while emitting zero emissions.

The caption reads "Off roading" with the use of hashtag #TeslaRoadTrip.

Tesla kicked off a new series of events billed as “The Electric Road Trip” earlier this month that invites existing Tesla owners to embark on road trip adventures together. The company has set up various points of origination across the world where owners can convene to chat about ownership before heading on their journeys with one another.

According to the email sent to owners, the goal for the three-month tour is to allow owners to showcase the capabilities of the Model S and Model X and share in their overall experiences with Tesla ownership with fellow owners and fans.

With over  2.5 billion “electric miles” driven by Tesla owners from across the world, we imagine the overarching mission of the summer series is to accelerate the company’s capabilities to collect more driver data as it aims to cross another billion miles driven by owners, while using it as a program to market the brand.

Share your Tesla road trip adventures with nearly 20,000+ other owners by checking-in recommendations and photos across your journeys. Get out there, explore, discover and share!