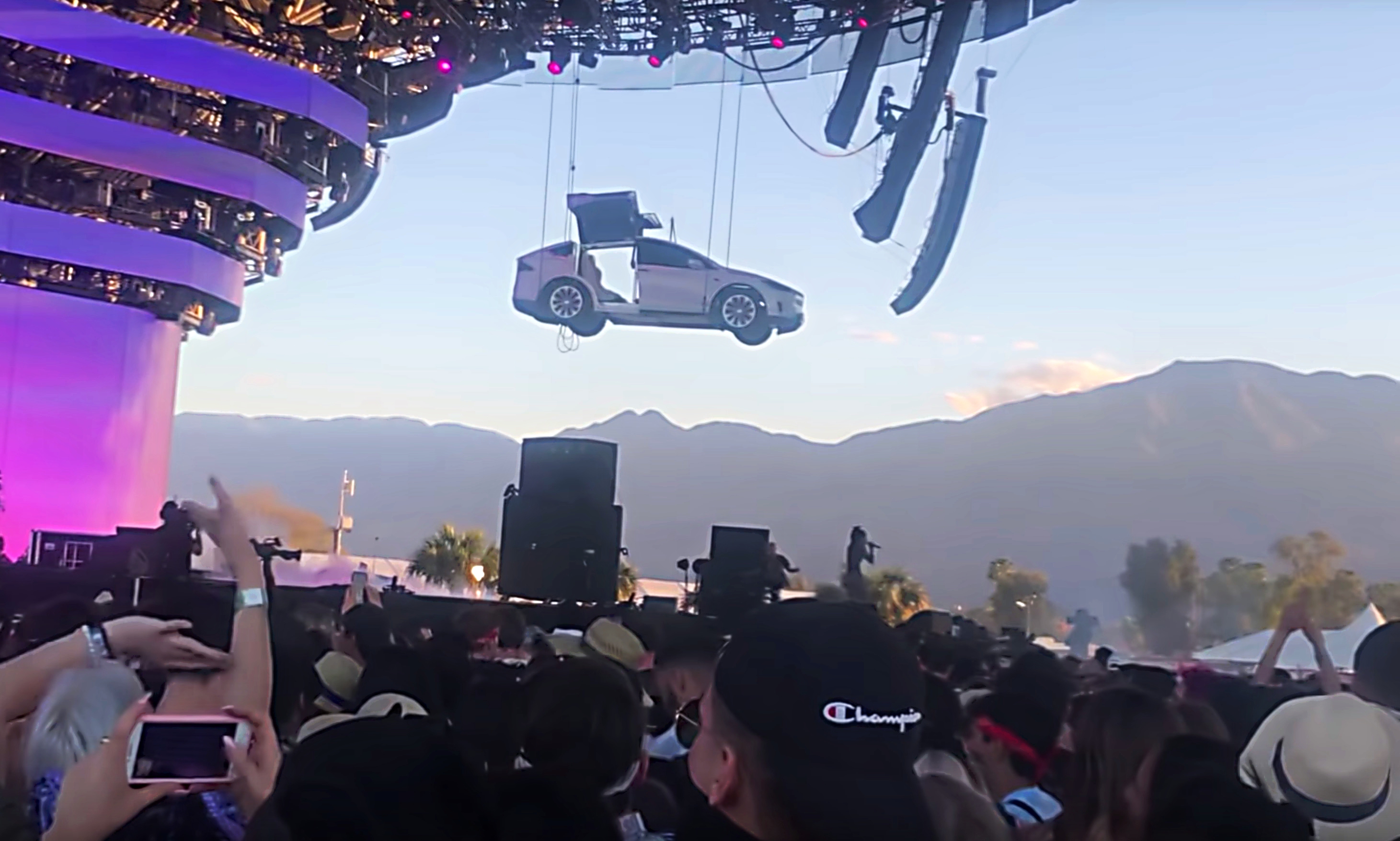 A Tesla Model X recently stole the show at Jaden Smith’s performance in the 2019 Coachella Music Festival in Indio, CA on Friday. The rapper-artist decided to include some flourish on his set by performing on top of the all-electric SUV while the vehicle was suspended in the air.

Smith performed several of his songs in his Coachella appearance, among them Summertime (an unreleased song) and Icon, a rap track that heavily featured a Tesla Model X, Falcon Wing Doors up, in its official music video. The rapper’s performance was augmented by the appearance of some big names in the music-entertainment industry, including his sister, Willow Smith, and Jordyn Woods. Smith’s performance also paid tribute to slain rapper Nipsey Hussle, who was laid to rest in Los Angeles just hours before the Coachella performance.

Based on images and videos of Smith’s set, the Tesla Model X’s dashboard appears to have been modified specifically for the performance. The Model X’s panoramic windshield, for one, was taken off, allowing Smith to stand on the vehicle’s dashboard. A stagehand joined Smith in the Model X, sitting on the white second-row seats while the performance was ongoing.

The Tesla Model X might still be polarizing for some die-hard gearheads, but the all-electric SUV is already becoming the “must-have” vehicle of choice for many of the entertainment and music industry’s elite. Apart from Smith’s prominent use of the Model X as a prop in his music videos (and now his Coachella performance), the vehicle, as well as its sedan sibling, the Model S, has been spotted being driven by big names such as Kanye West and the Black Eyed Peas’ Will.I.Am. Other celebrities such as Brad Pitt, Cameron Diaz, George R.R. Martin, Jay-Z, Harrison Ford, and Lionel Richie have also been sighted over the years driving a Tesla.

Teslas are marketed as premium electric cars, but its vehicles like the Model S and Modle X have been performing well in the luxury segment. Among the reasons behind this is Tesla’s deep integration of software and hardware on his vehicles, which offer customers an ownership experience that is quite unlike anything in the market today.  As described by iconic and eccentric rapper Kanye West, driving a Tesla makes it seem like one is “in the future.”

Watch Jaden Smith perform two of his songs with a Model X overhead in the video below.