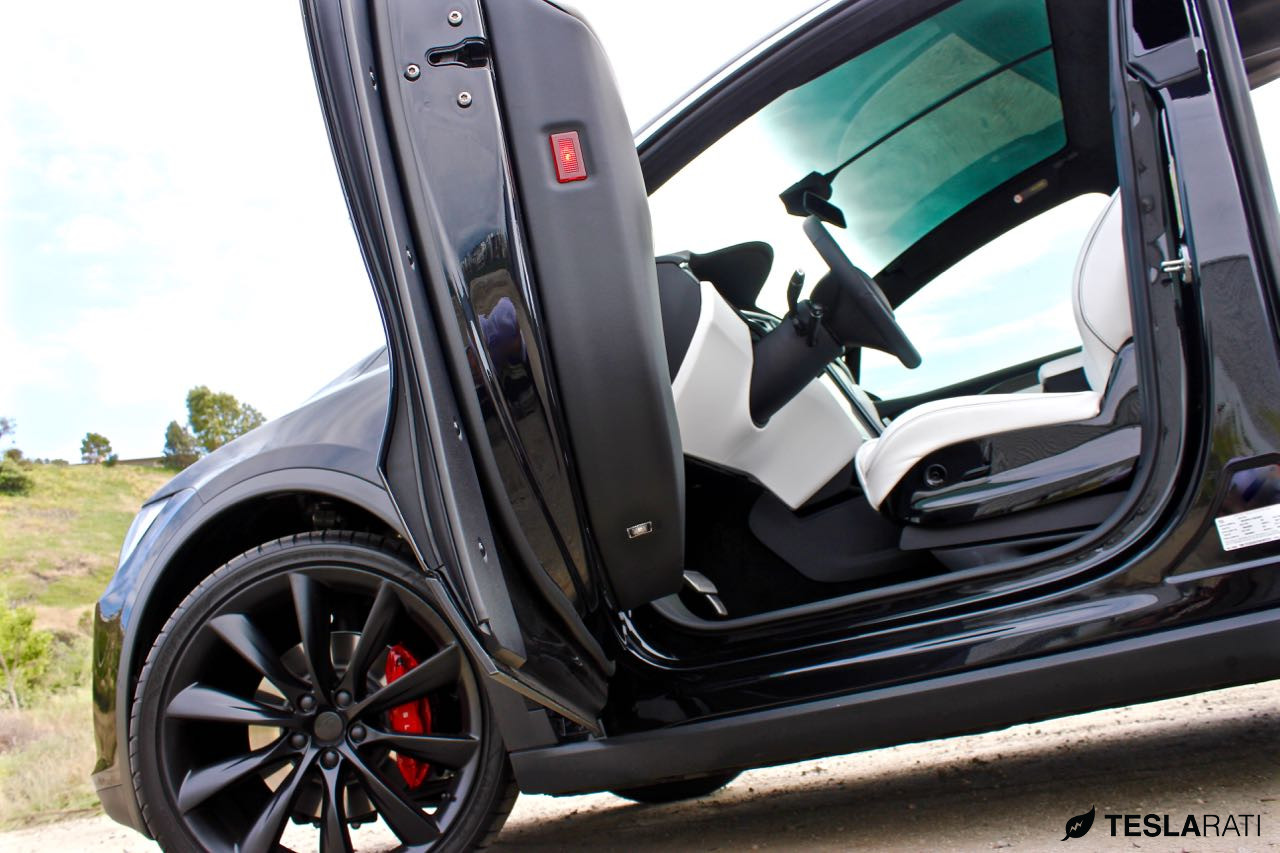 The first Lemon Law suit that we know of has been filed by a California man over the claim that his $162,000 Tesla Model X exhibits ‘weird’ behavior and is dangerous to drive.

Model X owner Barrett Lyon filed suit at Placer County Court in Roseville, CA claiming that the vehicle’s electronically actuated doors have slammed shut on his leg as well as damaged property as a result of its behavior. According to the Courthouse News Service (CNS), Lyon said “The doors do some weird, wicked things. If you get in and slide sideways and accidentally tap the brake, the driver’s side door slams shut on your leg. That’s not a very nice thing to have happen to you.” The doors he’s referring to isn’t the Model X’s unique dual-hinged falcon wing doors that open out and upwards. Rather, Lyon is claiming that the vehicle’s sophisticated self-presenting and auto-closing front doors have swung open in their garage resulting in damage to the door and other property.

Among other issues being cited in the Lemon Law suit are (quoting Lyon via CNS):

What’s interesting about this case is that Lyon would appear to be a long time supporter of Tesla being an owner to a Roadster as well as a Model S which he states have not given him any troubles. The Model X on the other hand has been a disappointment and thus remains undriven. “It’s parked. We don’t drive it. It’s basically a really fancy car decoration.”, says Lyon.

Lyon’s suit wouldn’t be the first time Tesla was faced with a Lemon Law challenge. Back in early 2014, the self-proclaimed “Lemon Law King” represented a Model S owner who claimed his newly bought vehicle at the time was out of service for a total of 66 days shortly after his March 2013 purchase due to alleged defects which prevented the vehicle from turning on and driving. Tesla quickly fired back releasing a statement on their blog defending their position, but also questioning the true motives behind the suit.

This new Lemon lawsuit brought on by Lyon and represented by San Francisco based law firm Anderson, Ogilvie & Brewer could have some merit especially with more widespread reports of the over-engineered “Best car ever” facing quality issues. Tesla CEO Elon Musk continues to reassure potential buyers that the company has increased its quality checks. Musk has gone as far as saying that he personally checks vehicles for quality and has set up a sleeping bag at the end of the production line where he sleeps.

Lyon seeks a refund on the purchase of the vehicle including registration fees. He also seeks damages for breach of warranty and lawyer fees.

Below is a copy of what the California Office of Attorney General defines as the Lemon Law.