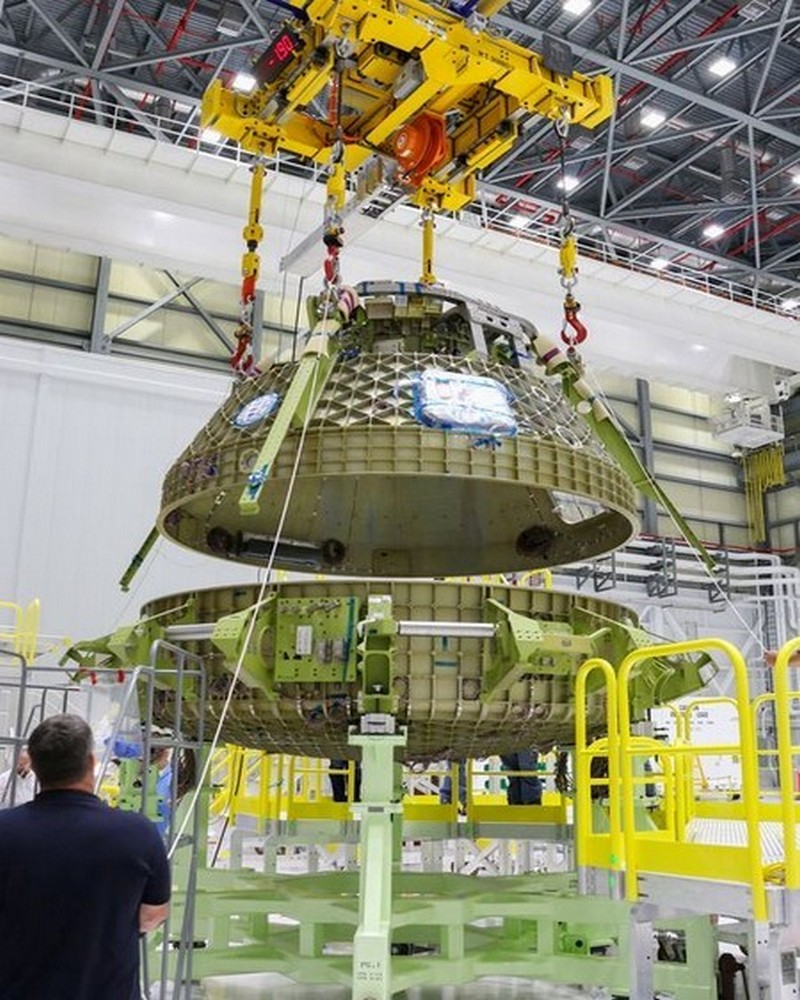 SpaceX and Boeing are racing to complete a space capsule that will transport astronauts to the International Space Station and back. First flights are scheduled for late 2017. Both SpaceX and Boeing are pushing hard to complete capsules that will carry astronauts into space. At Kennedy Space Center, Boeing has just completed joining together the two halves of its CST-100 Starliner crew capsule. It is precursor to the units that will carry humans into orbit. The so-called “structural test article” will be shipped to Huntington Beach, California, this summer for tests.

Meanwhile, the main pieces of what Boeing calls “Spacecraft 1” have just arrived in Florida. “We’re bringing hardware in. We’re moving hardware out. And it’s really nice to see the factory flowing the way it should be,” said Danom Buck, manufacturing engineering manager for Boeing.

Prompted by a cooling in diplomatic relations between the US and Russia over activities in the Ukraine, NASA awarded contracts to both Boeing and SpaceX to fly astronauts to the International Space Station in 2014. The Boeing contract is worth up to $4.2 billion. The SpaceX contract is worth $2.6 billion. Both capsules are supposed to be ready to fly by late 2017.

SpaceX says it is on schedule with launching its Dragon space capsule later this year while Boeing aims to February, 2018 for the first launch of the Spacecraft 1. SpaceX will use a Falcon Heavy rocket for its manned space mission. Boeing’s capsule will be lifted into space atop a United Launch Alliance Atlas V rocket. ULA is a partnership between Boeing and Lockheed.

On May 24, representatives of both companies announced they are making good progress toward the proposed target date for launching their space capsule. “Astronauts will once again fly from the Space Coast,” said Lisa Colloredo, associate manager of NASA’s Commercial Crew Program.”

The NASA contracts are designed to eliminate reliance on Russia for transporting astronauts to and from the ISS. It is expected the American ventures will ultimately save NASA money compared to what it costs to fly them into space and back again aboard the Soyuz spacecraft that are being used now.

NASA’s Colloredo said the contracts will result in per seat prices averaging $58 million, which is about $23 million less than Russia’s going rate for Soyuz seats. “The cost effectiveness part, we weren’t 100 percent sure how that would turn out,” she said. “It turns out it is a very cost effective approach to go with the private industry.” All together, Colloredo said, the program will produce two certified crew systems for less than $5 billion, a relative bargain compared to historical costs to develop such systems.

In January, SpaceX completed a critical test of the SuperDraco rocket engines that are mounted to the outside of the Dragon space capsule. Instead of using traditional parachutes to return the capsule to earth, it plans to use those engines to gently slow the capsule for a soft landing. That is the sort of innovative thinking that continues to set SpaceX apart from its foreign and domestic competitors.