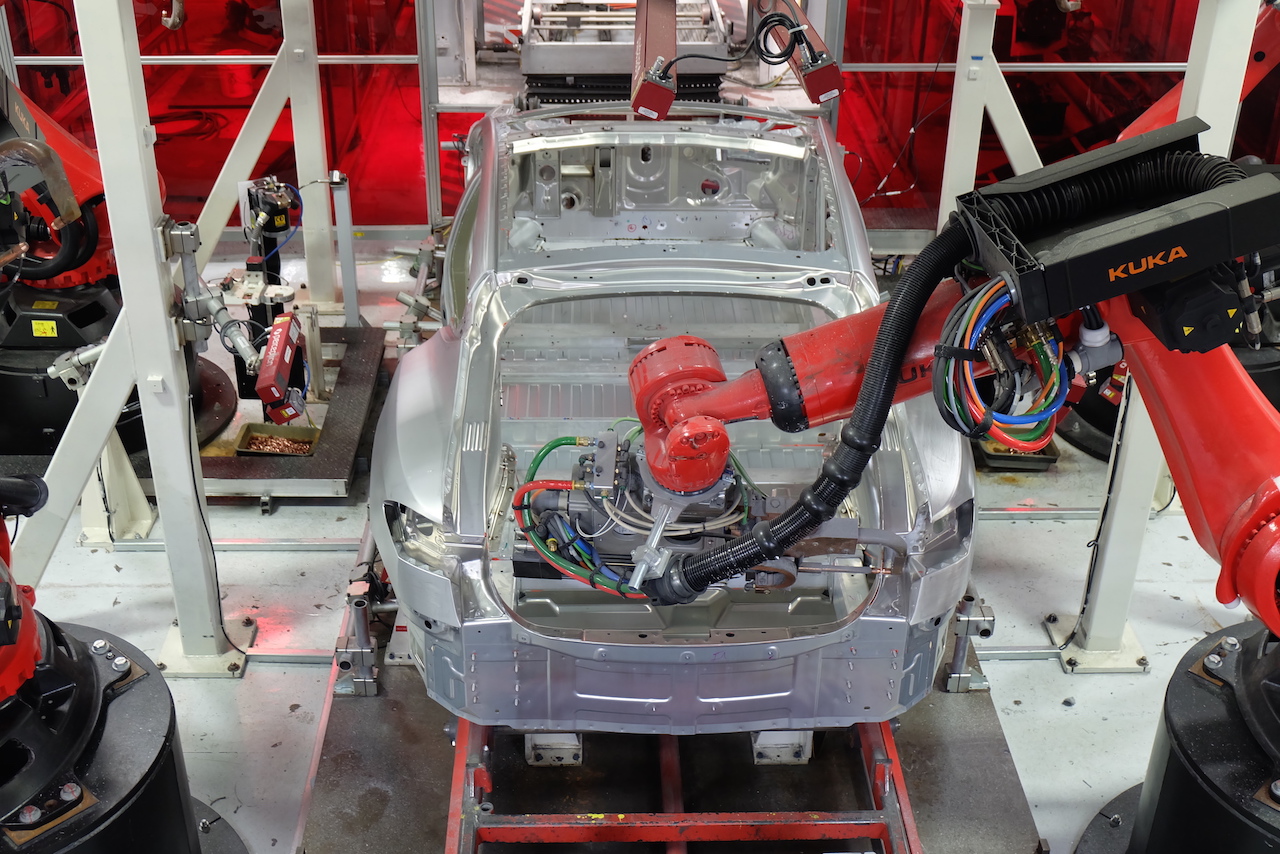 More reports of Model X deliveries expected to take place before the end of the year are coming in. A source at the factory says half of all the cars coming off the assembly line are now Model X cars.

A source inside the Tesla factory reveals that Model X production is underway and “every other car off the line is the X”, according to a recent story from CleanTechnica. With production volume expected to be between 1,600 – 1,800 cars per week come 2016, Tesla’s Model X electric crossover might make up 50% of those vehicles being rolled off the production line. All this good news suggests that any supplier issues involving the second row seats have now been resolved and full production is in swing.

We recently reported that a Signature Red Model X was spotted at the Tesla Service Center in Salt Lake City before making its way to the owner in Florida. And, just today, Signature Model X reservation holder Kenneth Adelman took delivery of the very first VIN#1 at the Fremont factory.

Senior TMC forum member and Tesla early adopter Bonnie Norman tweeted on Thursday that she expects to pick up her Signature Series Model X with VIN #2 at the Fremont factory this weekend.

TMC member Emily1 found out her car, VIN #664 had been delivered to the Tesla service center near her home in New York, after candid shots of her car surfaced across the internet. She posted on TMC, “I am the (future) owner of the red sig in NY. Was pretty bizarre to learn my car was there from a thread on the forum!”.

Though Tesla has begun accelerating deliveries of the Signature Series Model X, that doesn’t necessarily mean it’ll land directly into the hands of their anxious owners upon arrival as additional prep work might be needed.

Emily1 writes,  “I went to the SC today and they let me see the car but not sit in it, as it still has no software and they didn’t want anything to malfunction. It’s great to see that it’s actually here and within reach. They said it still had to go through final inspection and software install which will take around a week and can firm up delivery after that. So fingers crossed they will be able to get it to us by the end of the year.”