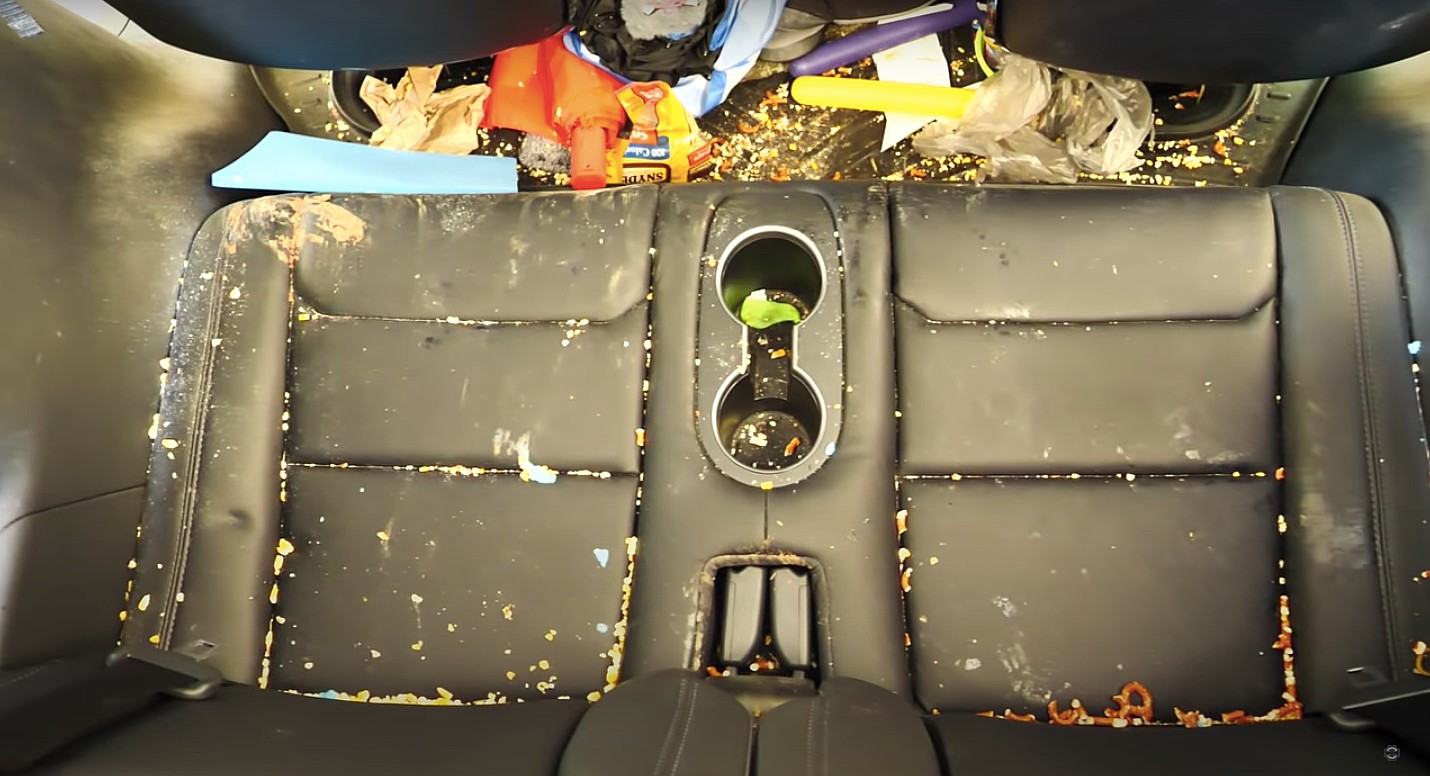 “World’s Dirtiest Tesla” brought back to life in amazing restoration

Teslas are beautiful electric cars that look like they’re from the future, and this is especially the case with the Model X, an EV that CEO Elon Musk has described as the “Faberge Egg of Cars.” With a cabin that’ straight out of a sci-fi flick and doors that provide a consistent wow factor, the Model X is a car that many owners would likely take care of.

That was definitely not the case for a Tesla Model X recently featured in YouTube’s Stauffer Garage channel, which specializes in vehicle detailing and restoration projects. The Model X in the video likely looked stunning when it rolled off a Tesla delivery center, with its stunning black paint, black interior, and six-seat configuration. But over its use, it was evident that the Model X in the video experienced some harrowing encounters with dirt and trash.

Lots and lots of dirt and garbage. And toys. And chocolates and candies smeared on seats.

Needless to say, the Model X was insanely dirty when the team from Stauffer Garage received the vehicle. Looking at the sheer amount of clutter and grime embedded in the all-electric SUV’s seats and floors, it might be no stretch to dub the Model X as one of the dirtiest Teslas ever featured online. Prior to its detailing session, the Model X looked downright intimidating due to the amount of work that the vehicle needed.

But just as it is with the channel’s previous projects, the Model X was brought back to its previous glory little by little. The detailing of the vehicle started with its floors, where everything from discarded food to a Baby Yoda doll was retrieved. The seats and carpets followed next, followed by the door panels and the rest of the cabin. And with every stage of its detailing session, the Model X seemed to breathe a little better.

The Model X fortunately had a full battery when it was brought to the detailing specialists. This allowed the Stauffer Garage team to clean the vehicle with the air conditioning on, which absolutely helped since it was 97 degrees outside at the time of the project. The infotainment system of the Tesla also helped make the detailing process more enjoyable, as the detailers were able to listen to some podcasts while they were working on the Model X.

The detailing work done on the Model X was impressive, but if there is something that was highlighted by the project, it was the fact that Tesla’s interiors are actually pretty resistant to permanent damage. The Model X looked completely trashed before its detailing session, but by the end, the cabin of the vehicle looked like it was in mint condition. The seats, which had gum and melted candies on them, were completely fine too.

Stauffer Garage’s Model X project could be viewed in the video below.

“World’s Dirtiest Tesla” brought back to life in amazing restoration