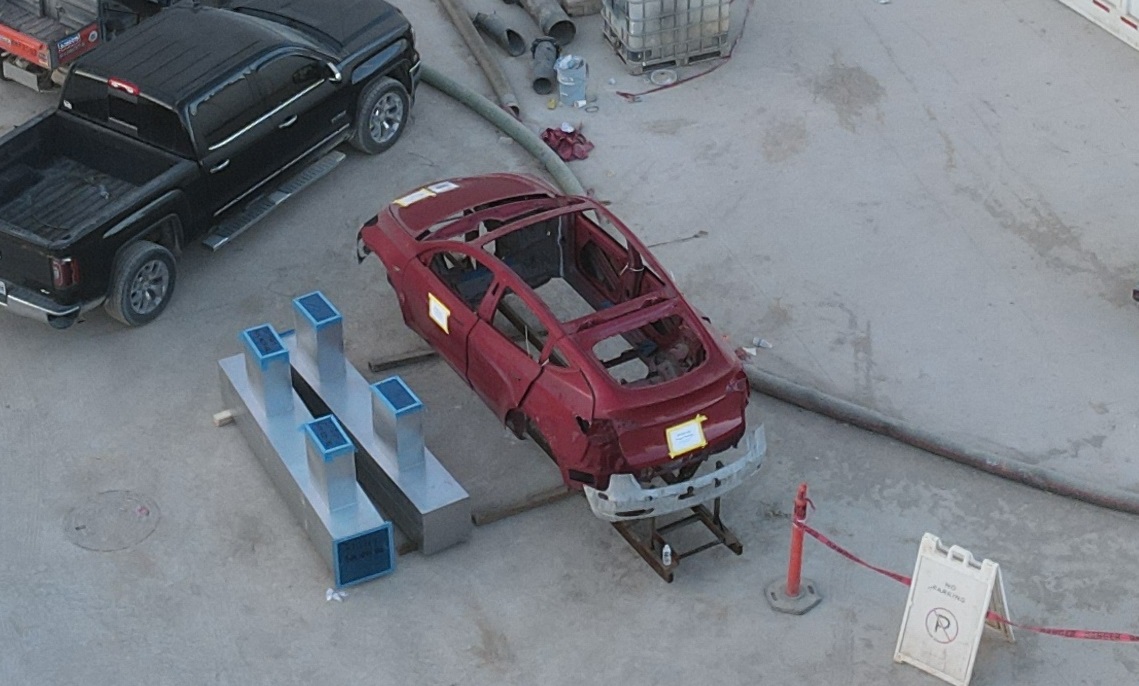 In what appears to be another hint of Tesla’s impending start of operations in its Austin-based plant, another Model Y body with an apparent section for a structural battery pack has been spotted in the Giga TX complex. The Model Y body was sighted near an area believed to be the facility’s paint shop.

The image of the Model Y test body was spotted by drone operator Joe Tegtmeyer, who has been closely monitoring the progress of the Gigafactory Texas complex since its earliest days. As could be seen in the images, the Model Y body was sighted together with some equipment being delivered to the paint shop area. Other trucks nearby hint at other paint-related equipment being delivered into the facility.

Hints that the recently-spotted Model Y body was designed with a structural battery pack could be found on the vehicle’s floor, which was completely empty. This is different compared to the Model Y being produced in the Fremont Factory today, which features a floor where 2170 battery modules are placed. A Model Y with a structural battery no longer needs a floor since its battery pack is built into the all-electric crossover’s structural platform.

This is not the first time that a Model Y body with an apparent space for a structural battery was sighted in the Giga Texas complex. Just last month, an unpainted Model Y test body was spotted being offloaded from a trailer. And just like the unit spotted recently, that Model Y body sighted in December also had an empty floor. This, unsurprisingly, inspired speculations that Tesla may be looking to launch the Model Y in Giga Texas with a structural battery pack.

There are a number of key advantages offered by a structural battery. Apart from reinforcing the Model Y’s body and chassis, the use of the component is also expected to help optimize range. Production costs are expected to be lowered with the use of structural batteries as well since the component does not require as many parts as the 2170 modules used in the iterations of the Model Y being produced at the Fremont Factory and Giga Shanghai today.