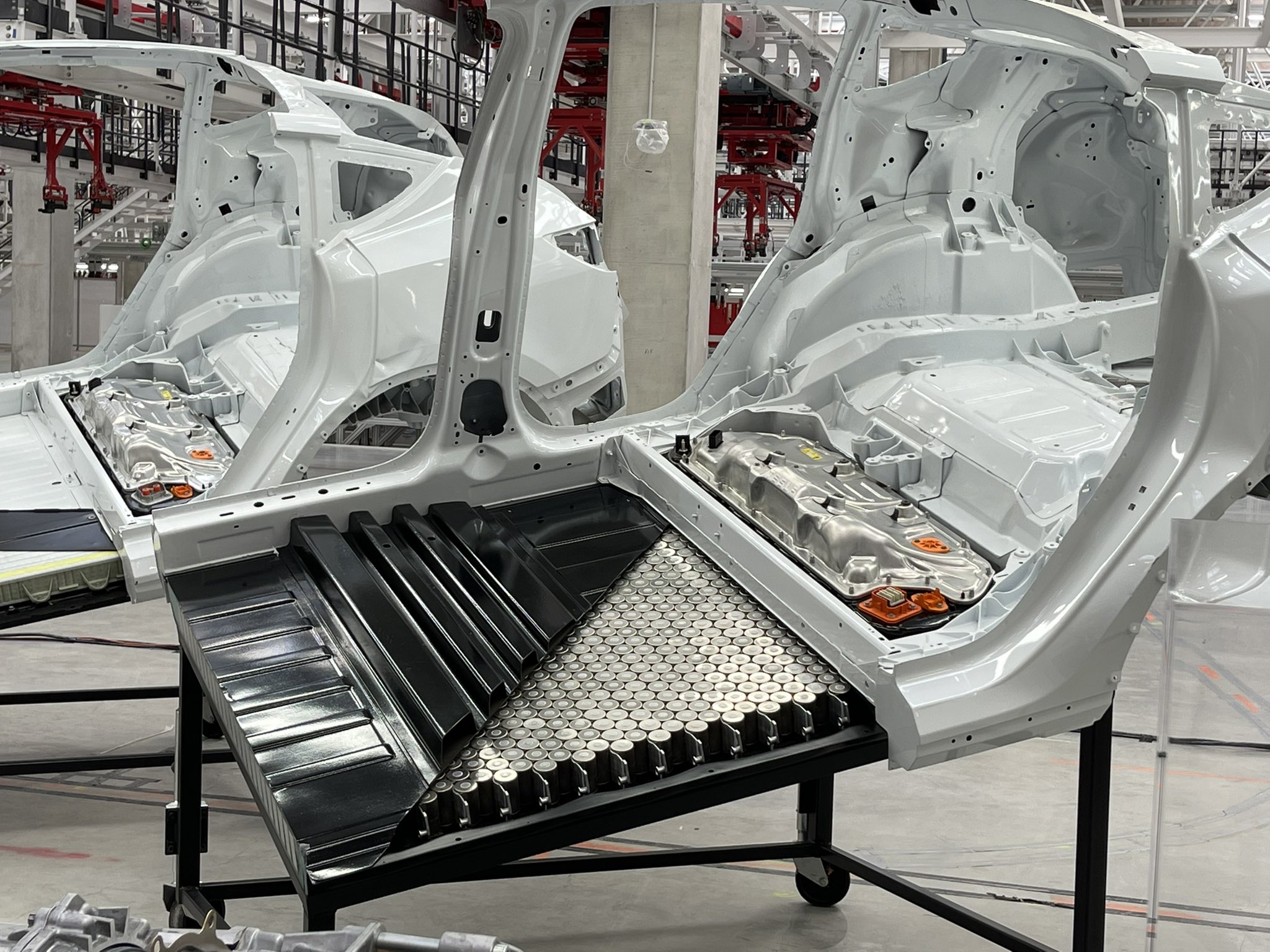 Following an update, the Tesla Model Y Owner’s Manual now features a direct reference to the vehicle’s structural battery pack. As indicated in the document’s new version, Model Ys that are equipped with structural batteries have a slightly different jacking procedure, as their lift points are in slightly different locations compared to the vehicle’s previous iterations.

The reference to the Model Y’s structural pack was accompanied by an illustration outlining where the updated all-electric crossover’s lift points are. “The following illustration is provided to improve conceptual understanding. If your Model Y is equipped with a structural battery pack, the exact location of the lift points will differ slightly. Check the vehicle itself for exact location of lift points,” the Model Y manual noted.

The inclusion of structural battery references in the Model Y’s Owner’s Manual bodes well for the rollout of the highly-anticipated innovation. For one, it reinforces the idea that the component may be rolled out to the Model Y that will soon be produced in Giga Texas. Such speculations have been abounding due to reports suggesting that Giga Texas’ Model Ys will be equipped with 4680 batteries. Recent aerial images from the Giga Texas complex have shown Model Y test bodies with spaces for what appears to be a structural battery as well.

As its name suggests, Tesla’s structural batteries are built into the structural platform of a vehicle. This paves the way for several advantages that Tesla could tap into. According to the company during its Battery Day event in September 2020, structural batteries would reinforce the Model Y’s body and chassis, therefore increasing its strength and safety. The efficient use of Tesla’s 4680 cells in structural batteries could also help the Model Y boost its driving range while optimizing production costs at the same time.

Tesla’s use of structural batteries may be starting with the Model Y, but this would likely just be the beginning. Considering the advantages brought by the component, it is almost certain that upcoming vehicles like the Cybertruck and the next-generation Roadster would be equipped with structural packs as well. Over time, and as Tesla acquires more production capabilities, it would not be surprising if the Model Y’s current stablemates — the. Model S, Model 3, and Model X — also receive the structural battery treatment.