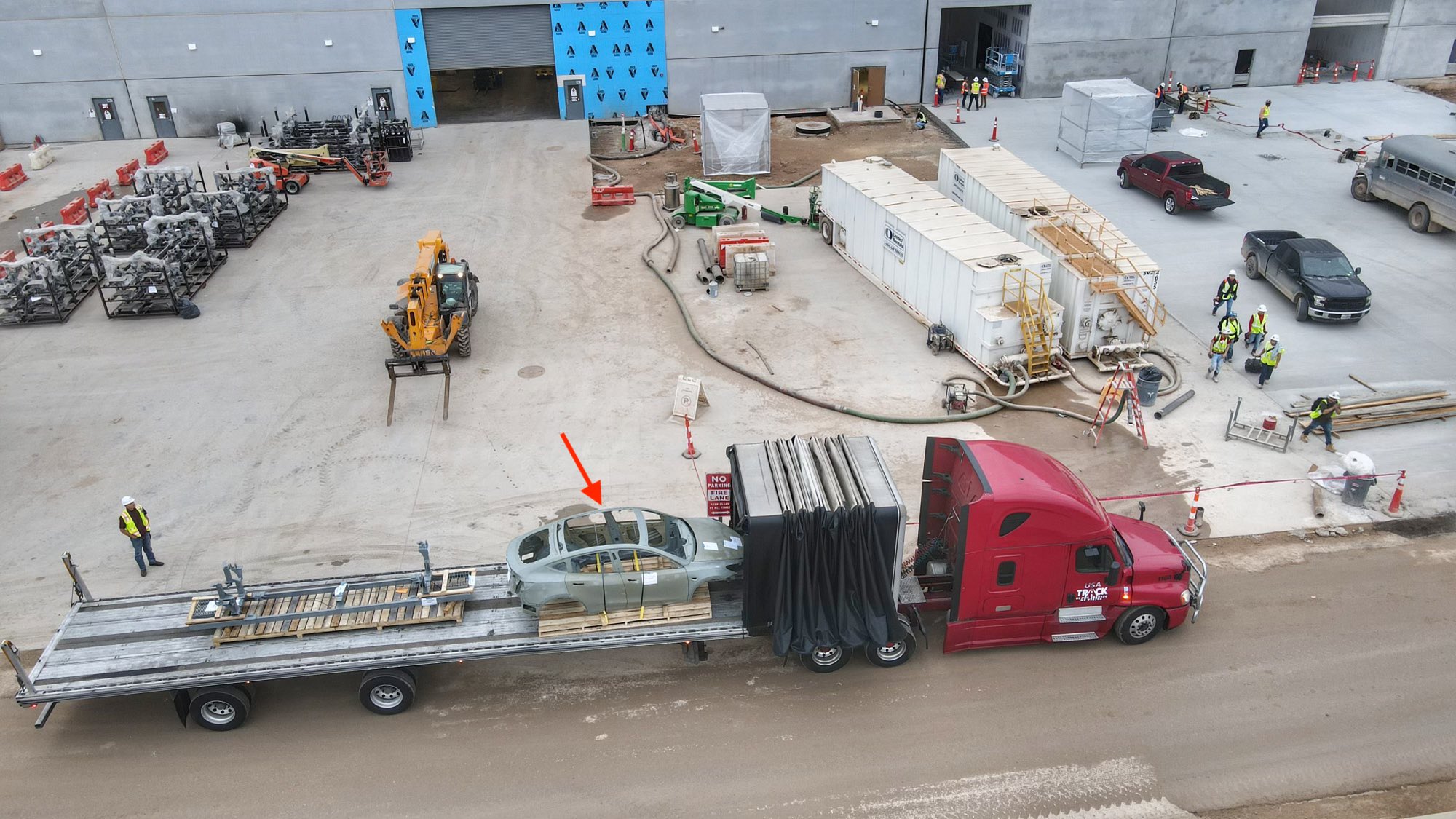 Tesla may be quite silent about the progress of its 4680 cells and structural battery packs, but recent sightings of Model Y test bodies in Gigafactory Texas suggest that the rollout of the innovative technology may be closer than expected.

During a recent flyover of the Giga Texas complex, drone operator Joe Tegtmeyer, who has been chronicling the progress of the massive electric vehicle factory since its earliest days, spotted a Model Y test body being offloaded from a trailer. But while sightings of Model Y test bodies are not that uncommon in sites like Giga Berlin and Gigafactory Texas, this particular Model Y body was extra interesting.

Structural batteries will likely be rolled out to Tesla’s entire vehicle lineup in the future, though the technology would be introduced in the Model Y, an electric car which Elon Musk predicted could become one of the world’s best-selling cars, EV or otherwise. Considering that Giga Texas is expected to start its operations with the production of the Model Y and previous drone flyovers of the site have hinted at the buildout of a 4680 cell production facility, it appears that Tesla may be looking to roll out its revamped Model Y sooner than estimated.

Watch Joe Tegtmeyer’s recent drone flyover of the Giga Texas site in the video below.