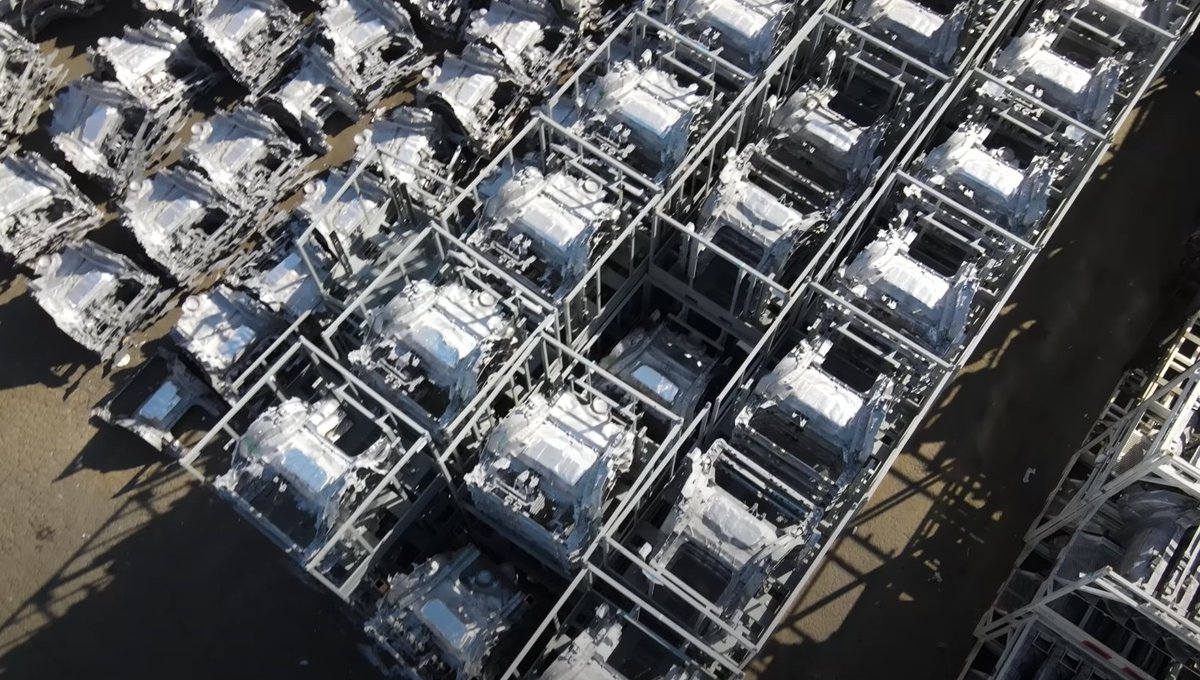 It seems like Gigafactory Texas is not the only facility that is now producing the Tesla Model Y’s single-piece front megacast. Based on recent flyovers of the Fremont factory, Tesla’s California-based vehicle production plant is now also doing production runs of the massive part.

The Model Y’s front megacasts in the Fremont Factory were spotted by drone operator and electric vehicle advocate Gabeincal, who has been chronicling the progress of Tesla’s facilities in the area for several months now. Based on footage captured of the site, the Model Y front megacasts are currently being kept on one section of the facility. It remains to be seen if these megacasts will be used for customer vehicles, or if they were simply part of a trial production run.

With the Fremont Factory now producing its Model Y front megacasts, it may only be a matter of time before Tesla’s California-made crossovers end up being delivered with single-piece front casts. This should allow the company to optimize the production costs of the Model Y further, considering that megacasts are designed to provide a notable amount of savings for the EV maker.

Tesla’s megacasts drastically reduce the number of components needed for the Model Y. In the case of the all-electric crossover, megacasts allowed Tesla to reduce the number of parts in the Model Y’s rear underbody from over 70 pieces to just one big casted piece. This enables Tesla to optimize its production costs, while keeping the manufacturing line lean and efficient. It does, however, require a Giga Press, a machine that’s the size of a house.

The Model Y’s front megacast was first sighted earlier this month when Axel Turck, a die casting specialist and managing director of Emil Turck GmbH & Cie KG, shared an image of the surprisingly large component on his LinkedIn page. Turck was incredibly impressed with the Model Y front megacast, noting that it should be a wake-up call to Germany’s legacy automakers. He later noted that the part was produced in Gigafactory Texas.

Watch a recent flyover of the Fremont Factory in the video below.