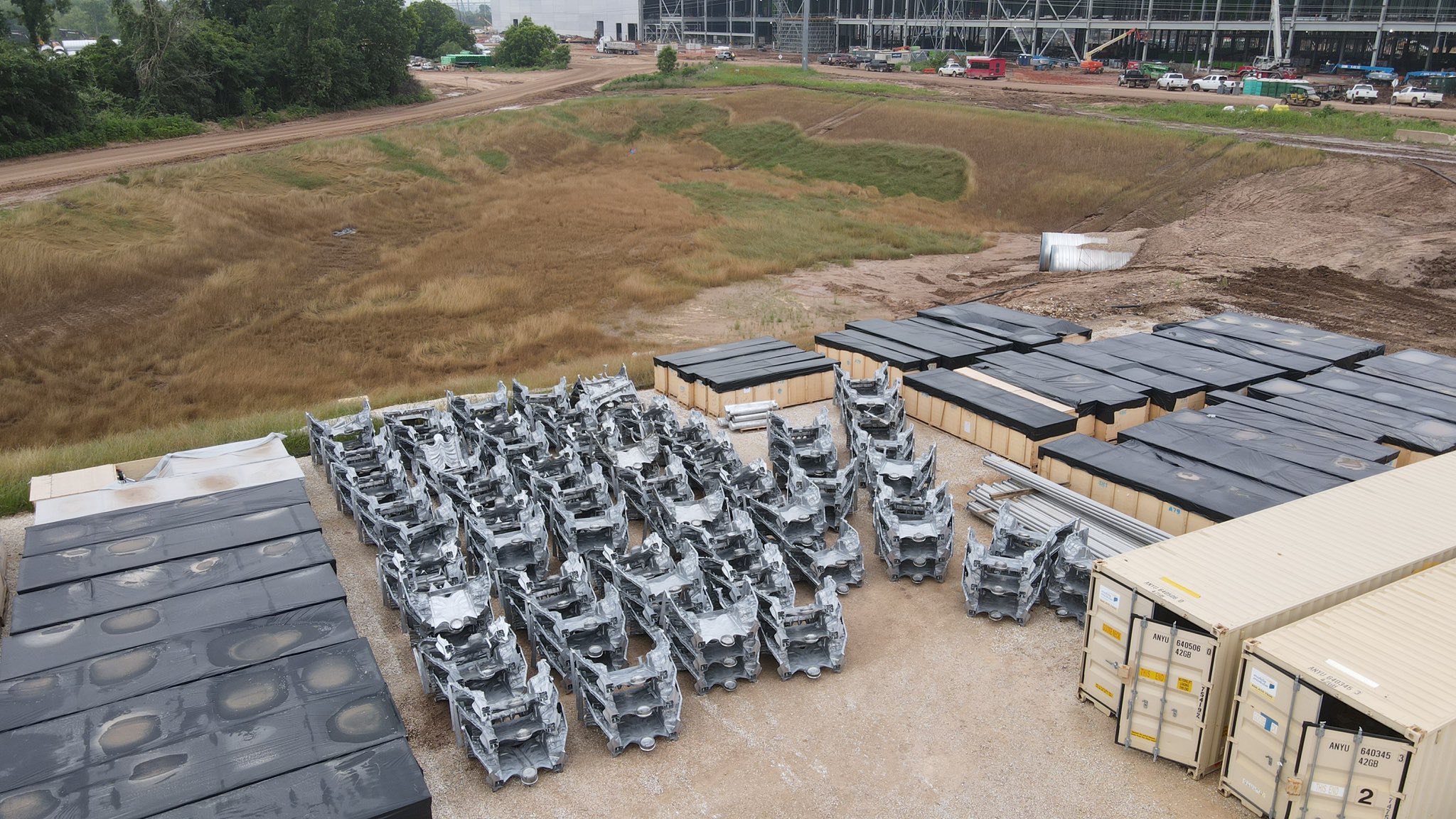 Tesla’s Gigafactory Texas is not yet producing vehicles, but crucial parts of its production line already seem to be well into their testing phase. Among these is the Giga Press, which would be producing single-piece megacasts for the Made-in-Texas Model Y’s front and rear underbody. Over the past days, aerial flyovers of the Giga Texas site have shown an increasing number of megacasts piling up in the upcoming EV production site.

The images were provided by Tesla enthusiast and drone operator Joe Tegtmeyer, who has been chronicling the development and progress of the Texas-based site since its early days. Based on the pictures, it appears that Tesla is conducting Giga Press trial runs for the Model Y’s front megacast.

21 May 2021 Giga Texas … anyone say lots of Model Y castings! Looks like they are really getting up to speed! pic.twitter.com/YSll34oQlN

Interestingly enough, the first image of a Model Y front megacast from Gigafactory Texas was shared by Axel Turck, a die casting specialist and managing director of Emil Turck GmbH & Cie KG, who posted a photo of the component on his personal LinkedIn page. Turck, a veteran of the die-casting industry, recognized the value of the single-piece megacast, lauding both Tesla and IDRA for the feat and stating that veterans automakers should take notice.

Ultimately, what’s most remarkable about Giga Texas’s front megacasts was the sheer number that has been produced so far. A rough count of the components shows that Tesla had already gathered about 150 of the front megacasts when the flyover was done. This bodes well for Giga Texas’ vehicle production as a whole, as trial runs would help ensure that the all-electric crossover’s parts are of the right quality and measurements.

So far, Gigafactory Texas appears to be testing the production of the Model Y’s front megacast. It would then be interesting to see when the EV maker would start trial runs of the Model Y’s single-piece rear megacast, which is already being produced at the Fremont Factory. Considering that Giga Texas already seems to have a working Giga Press for the Model Y’s front underbody, it may only be a matter of time before the Giga Press for the all-electric crossover’s rear underbody enters trial runs as well.