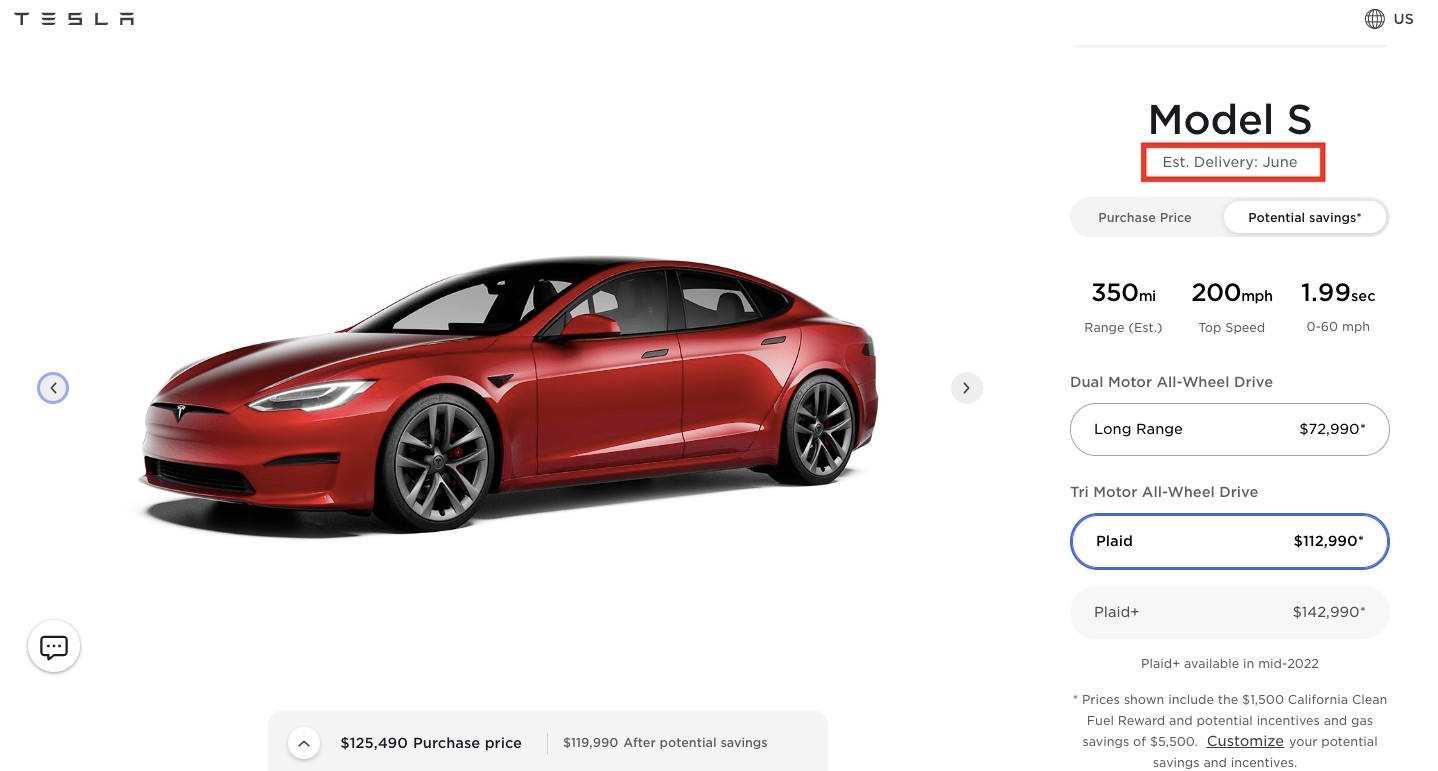 Tesla appears to be on the cusp of a massive delivery push for its refreshed flagship sedan, the Model S Plaid. This was hinted at by the company’s online configurator, which shows an estimated delivery date of June (2021) for Model S Plaid orders.

The Tesla Model S Plaid has met a number of delays to date. Initially expected to start deliveries in February 2021, the Model S Plaid’s customer release date was pushed back as Tesla met challenges with the vehicle’s production. These include the ongoing chip shortage that has affected the automotive industry as a whole and challenges with some of the revamped sedan’s updates.

These delays saw an apparent end recently, when CEO Elon Musk noted on Twitter that Tesla would be holding a Model S Plaid delivery event at the Fremont Factory on June 3, 2021. As hinted at by the recent updates to Tesla’s online configurator, the June 3, 2021 event would likely usher in a full delivery push for the flagship sedan over the month.

What is even more interesting is that Tesla has so far blocked out orders for the Model S Plaid+, a vehicle that is expected to be even more extreme than the Plaid variant. The Model S Plaid is already pretty insane with its three electric motors, 0-60 mph time of 1.99 seconds, quarter-mile time of 9.23 seconds at 155 mph trap speed, and 1,020 horsepower.

Considering that the Model S Plaid+ is expected to be even more extreme than the Plaid, the vehicle will likely blur the lines even further between the flagship family sedan and the company’s upcoming halo car, the next-generation Tesla Roadster. It remains to be seen why Tesla disabled orders for the Plaid+ for now, though it could simply be a way to encourage customers to order the Model S Plaid instead, considering the variant’s (apparent) availability.