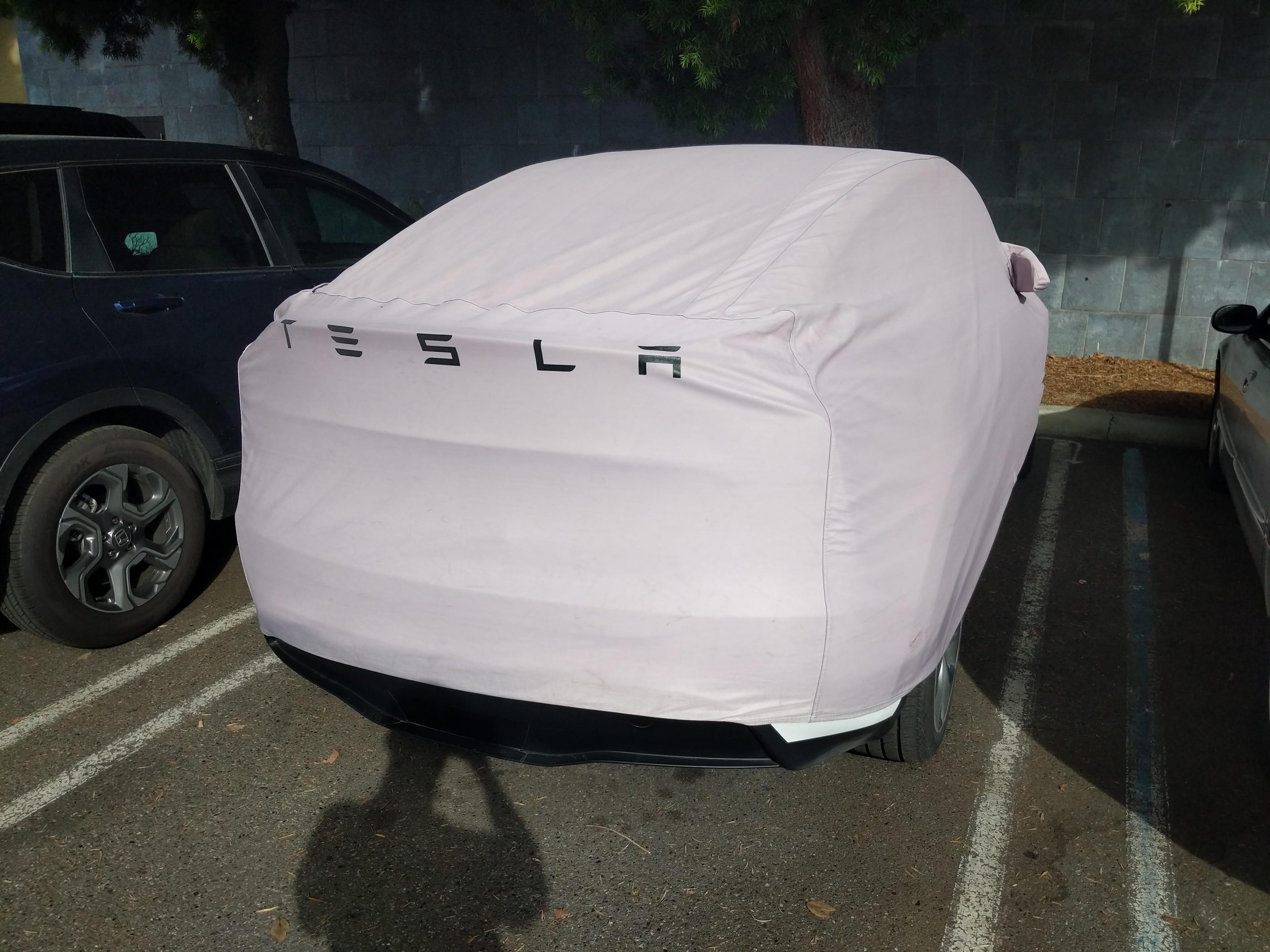 The Tesla Model Y is sized just right, and this will help it stand tall against rivals

Tesla’s much-awaited Model Y has piqued the curiosity of green car aficionados but it has always been described as the chunkier sibling of the Model 3 sedan or the smaller next of kin of the Model X SUV. Recently, another prototype of the electric crossover was spotted in California and while it was covered, someone measured the height of the Model Y. It’s 65 inches tall, placing it right in the middle of its rivals in the premium crossover segment.

Redditor u/gamerlike took the initiative to inform Tesla fans asking about the dimensions of the Tesla Model Y he saw in Mountain View. If his measurements are accurate, the Model Y will just be an inch shorter than the Model X, which stands 66 inches. Meanwhile, the Model 3 electric sedan’s height is pegged at 56.8 inches.

Recently, there have been more and more sightings of Tesla Model Y release candidates across the United States. A white Model Y Performance variant sporting a seemingly production-ready exterior was seen in San Luis Obispo, CA. There was also a black Model Y with red brake calipers that was spotted cruising along the I-5 in Washington State.

As the market awaits the Tesla Model Y release date, one cannot help but be more excited and compare the all-electric crossover to its possible competitors.

The Tesla Model Y electric crossover will be offered in three variants. The Rear-Wheel Drive Long Range version will sell for $48,000 while a Dual Motor All-Wheel Drive Long Range will go for $52,000. The Performance version, meanwhile, will set customers back by $61,000. The electric carmaker has moved the production up from Fall 2020 to Summer 2020, or if speculations from the community are any indication, maybe even sooner.

Tesla positions the Model Y luxury crossover against other premium vehicles in its class such as the BMW X3, Audi Q5, or the Jaguar I-PACE. Likewise, it can be compared to more affordable competitors in the segment such as the Honda CR-V and Toyota RAV4.

Tesla Model Y’s competitors are almost the same height. For example, the BMW X3 is 66 inches high while the Audi Q5 is 65 inches and the Jaguar I-PACE is a bit shorter at 61 inches. Meanwhile, the more affordable Honda CR-V stands at 66-67 inches and the RAV4 is a bit taller at 67-68 inches.

If the height of the vehicle will be a basis, we can fairly say that the Model Y will be comfortable with ample headroom and enough legroom just like other vehicles in its class. However, the Model Y might have an X-factor — it has a seven-seat option. The X3, Q5, I-PACE, and the more affordable CR-V and RAV4 do not.

The EV world is awaiting a glimpse of the Model Y interior and a test drive to determine if the Model Y’s extra seats at the back really work. Nevertheless, the presence of more seats can convince some customers that it’s the vehicle that fits their needs. Ask every mom or dad who has to deal with World War III when traveling with kids who are sharing the passenger seats. Extra seats mean world peace.

As of October 2019, crossovers consist 40.4% of light vehicle sales in the US followed by pickup trucks (17.6%)  and small cars (11.6%) based on data compiled by Statista. The market has been shifting from sedans to compact SUVs for their good dose of comparable fuel efficiency with mid-sized cars and their higher seating positions.

Earlier this year, Forbes analyzed the potential of the Model Y for Tesla. Aside from the high demand stateside, one can only imagine how the Chinese and European markets would react to the electric crossover. In China, the Model 3 has created a loud buzz in the market, and it will likely serve as a catalyst to the country’s slumping automotive industry.

In Europe, the Gigafactory 4 in Brandenburg will play a crucial role in bringing Teslas to the region. Forbes predicts that Tesla will be able to deliver about 250,000 units of Model Y by 2022. According to the same analysis, the Model Y has the potential to bring in revenues amounting to $12 billion in the next 3 years.

While critics say the Tesla Model Y is just the chunkier version of the Model 3, it is clear that it has a ton of potential. It’s not a Cybertruck or a Roadster but it presents a good balance between form and function that really matters to car buyers, electric or otherwise.

The Tesla Model Y is sized just right, and this will help it stand tall against rivals