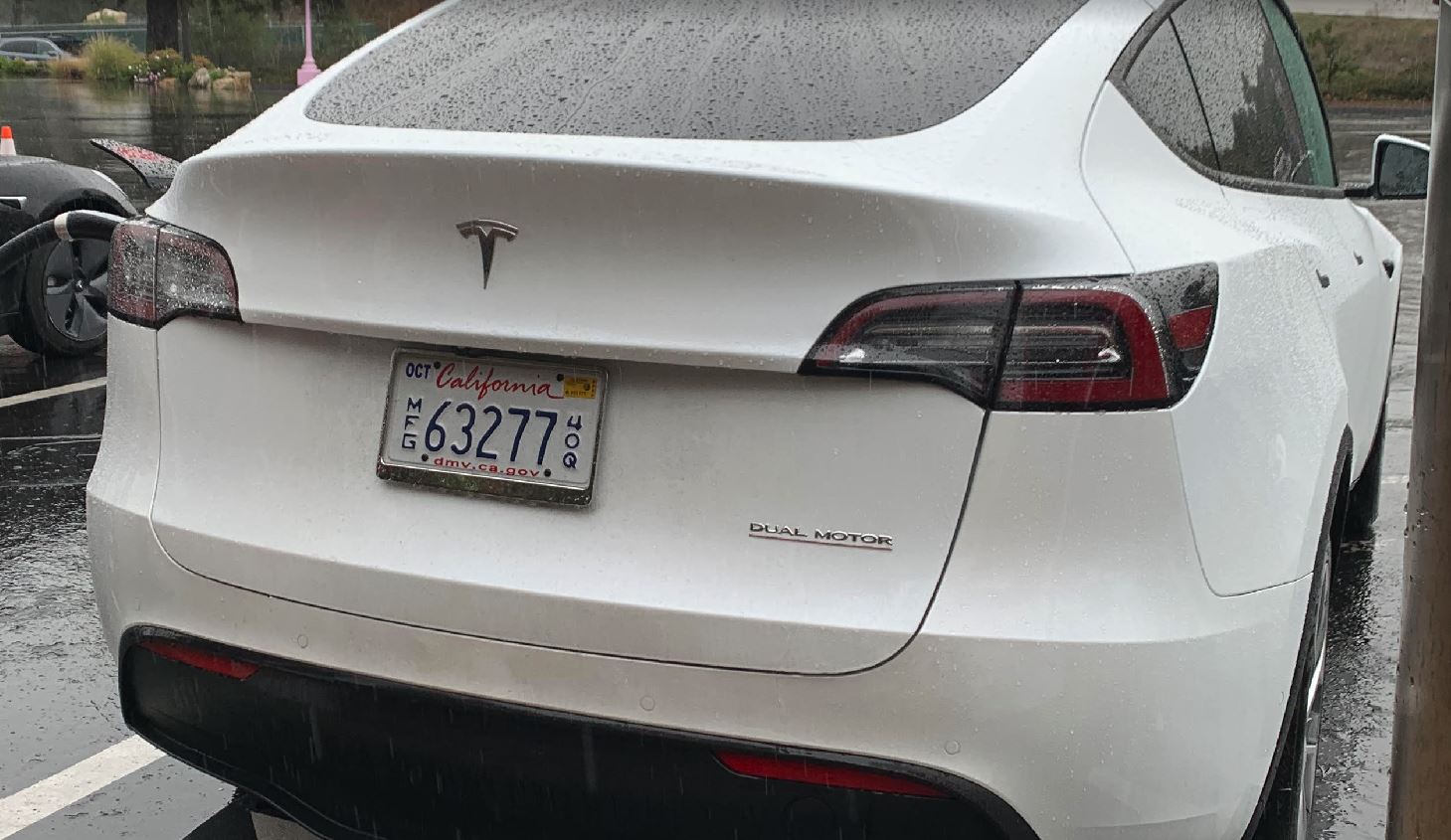 Tesla Model Y sightings may be getting more frequent as of late, but each encounter can still be likened to seeing amazing beasts in the wild. That’s what happened over the weekend to two Tesla fans who spotted the upcoming electric crossover in San Luis Obispo and Contra Costa County in California. And to make things more exciting, one of the vehicles appears to be a Tesla Model Y Performance.

The white Tesla Model Y Performance was seen juicing up at the supercharger in SLO. Tesla fan Grant Cassingham was at the same charging station and was able to take a few snapshots of the electric crossover sporting a Dual Motor Performance badge, black window trim, black door handles, and Power Sports Aero Wheels. 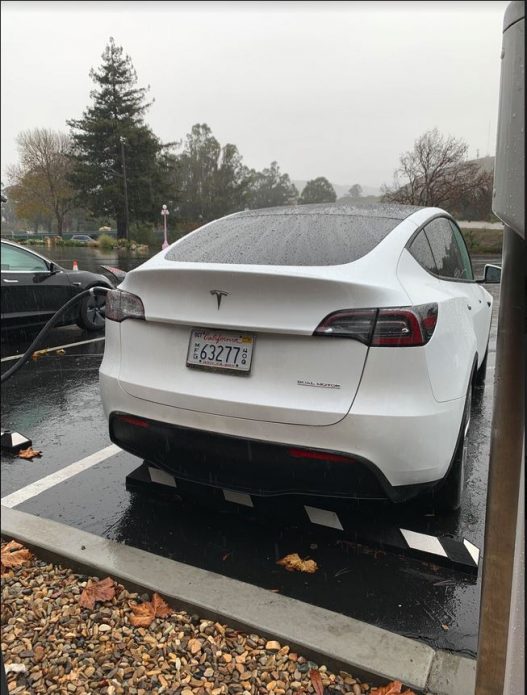 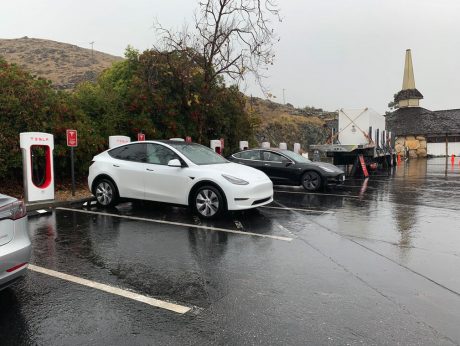 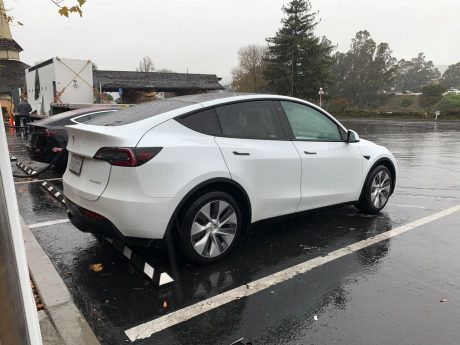 A red Tesla Model Y was also caught on cam coming out of the Walnut Creek Supercharger and Tesla Owners East Bay shared the video on their Twitter account. According to Tesla Owners East Bay, they were hoping to follow the Model Y but the conditions were not ideal given that the shopping mall was busy.

🚨 BREAKING: Red @Tesla #ModelY Spotted in the wild here in the East Bay coming out of the new #Walnutcreek urban Superchargers! 👀👀👀 #hellateslas pic.twitter.com/GeLlZhIE4A

With more and more sightings reported, it seems production of the Model Y is imminent and that Tesla will be able to keep its promise of producing the first units by the Summer of 2020 or even earlier.

Recently, drone footage of the upcoming crossover seemingly going full speed at Tesla’s Fremont factory test track was shared online. Earlier this month, a Model Y with its tow hitch exposed was seen on the road. Another prototype was spotted at the Barstow, CA Supercharger sporting a combo of chrome and matte black trim. A white Model Y release candidate with a rare set of Wind Turbine wheels from the Model 3 unveiling has been spotted as well.

The Dual Motor Performance variant of the Model Y, as the name implies, is the quickest of its lineup. It can go from 0 to 60 mph in 3.5 seconds and boasts of 150 mph top speed. On a single charge, the vehicle has a range of 280 miles. There will also be a Long Range AWD and Long Range RWD versions. The Performance variant will have a tag price of $61,000 while the Long Range RWD and the Long Range AWD will have a purchase price of $48,000 and $52,000, respectively.