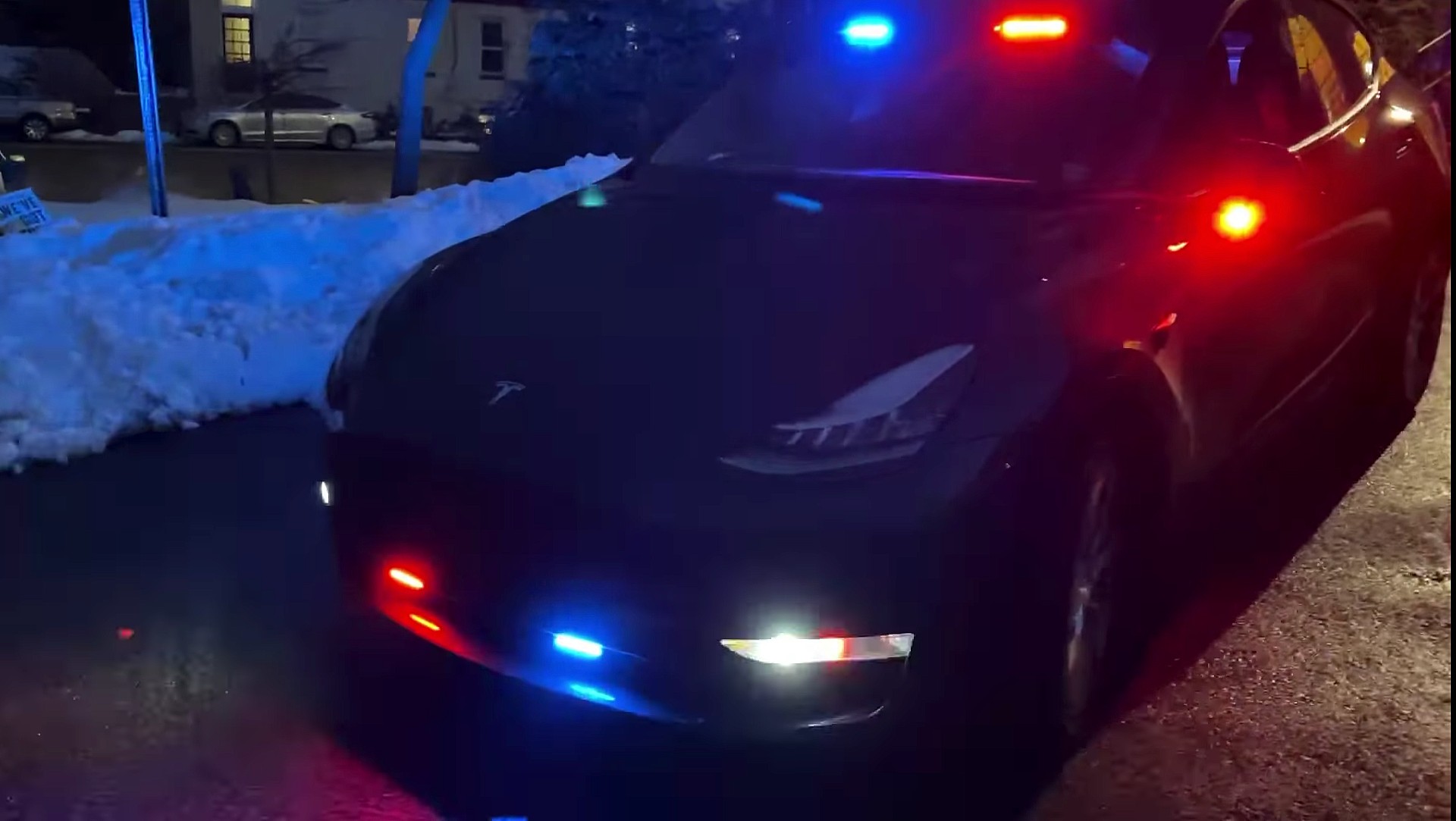 The Tesla Model Y police cruiser, which joined the Hastings on Hudson, New York Police Department in late December, is receiving criticism from taxpayers. Unfortunately, many of those who have expressed their concerns about the vehicle’s cost are not fully aware of the long-term savings that the Model Y will give taxpayers and the police department.

The Hastings on Hudson PD posted a video of their new Model Y crossover, equipped with flashing red and blue lights and the necessary equipment for an officer of the law. It was the first-ever Model Y to be used as a police cruiser, and the Department indicated that the all-electric crossover would serve “as the police car assigned to the Detective Division.”

Despite the environmental and long-term cost-effectiveness of the Tesla, many Social Media users were critical of the Department’s choice to purchase the car in place of the traditional Dodge Charger cruiser that many forces across the country have utilized for transportation. The widespread idea that Teslas are only affordable by the rich and famous is still presently being used as an argument based on what Twitter users are saying, even though the automaker has been able to release the Model 3 and Model Y at price points that are affordable for many people. The price alone, along with the industry-leading battery tech and performance of Tesla’s cars, is what has made them the most popular EVs in the United States and China.

One Twitter user gained over 46,000 Retweets and over 172,000 Likes by stating, “This is gonna be parked outside of a public school with a paper shortage, old textbooks, and one computer per classroom.”

The problem with making statements like those above is that the price comparison of the Model Y to a traditional Dodge Charger is not all that different. When factoring in the maintenance and fuel savings that the Department will have in the coming years, the Tesla will be substantially less expensive than the Charger, which will require regular oil changes and maintenance that is more likely to be needed when dealing with a gas car that has so many moving parts.

The cost-effectiveness of driving a Tesla instead of a Charger has already been proven by the Bargersville, Indiana Police Department, who purchased a Model 3 for a cruiser in August 2019. In the first 13 months, the Department saved $6,755 in fuel alone. A Charger, which the Bargersville PD maintained while also operating the Model 3, had a yearly cost of $7,580 for gas and maintenance. The Model 3’s annual cost was only $825.

Meanwhile, the Dodge Charger Scat Pack, which is a frequently-purchased variant of the vehicle for Police Departments, had an MSRP of $40,500. The Model Y’s Long Range AWD variant starts at just $49,990. Based on the Bargersville PD’s figures, the $9,490 difference would be canceled out in about a year and a half.

While there is plenty of criticism floating around social media because of the Police Department’s choice to purchase a Tesla, the real issue is the consistently spread misinformation. The environmental advantages of driving a Tesla over a powerful, gas-thirsty Charger are enough to convince some, but the long-term savings of going with the EV option are enough to sway even the most critical of skeptics.