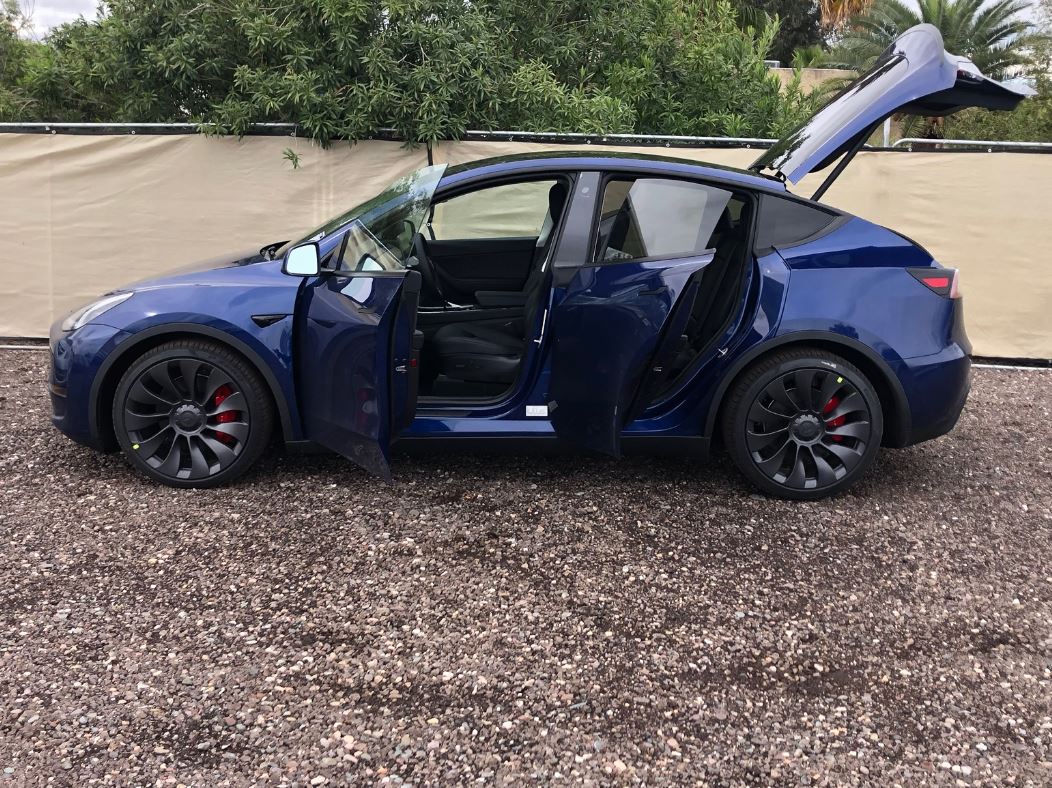 Tesla Model Y is equipped with a power liftgate as seen in a video shared on Instagram ahead of the much anticipated first customer deliveries slated for this weekend.

Unlike the Model 3 which Tesla’s first all-electric crossover shares 75% of its DNA with, Model Y comes standard with an automatic trunk feature that’s similar to the one found in the company’s premium flagship Model S and Model X.

A Model Y power liftgate provides easier access to the vehicle’s rear cargo space through remote control via Tesla’s mobile app or activated manually via a hatch-mounted button. It can also be opened and closed through the vehicle’s touchscreen control from within the vehicle.

The Model Y power liftgate adds to the practicality of the electric crossover’s expansive rear cargo and trunk space Photos of the Tesla Model Y rear cargo space revealed that it is comparable to that of the larger Model X flagship SUV. Original poster and Instagram user Ur4_speed’s Model Y video also shows the generous space that can be used for luggage storage, groceries, sports equipment, among other things an average family would need to bring on road trips.

Conversely, Tesla Model 3 owners do not have access to a standard power liftgate feature from the factory but have a myriad of aftermarket options to choose from. Tesla owner and YouTuber Tesla Raj, for one, demonstrated the convenience of having a power tailgate module in his Model 3. The end result is an automated rear trunk that resembles that of the Model S and Model X, which come standard with the feature. Some aftermarket power liftgates also come with an optional foot sensor that can automatically open and close the rear hatch.