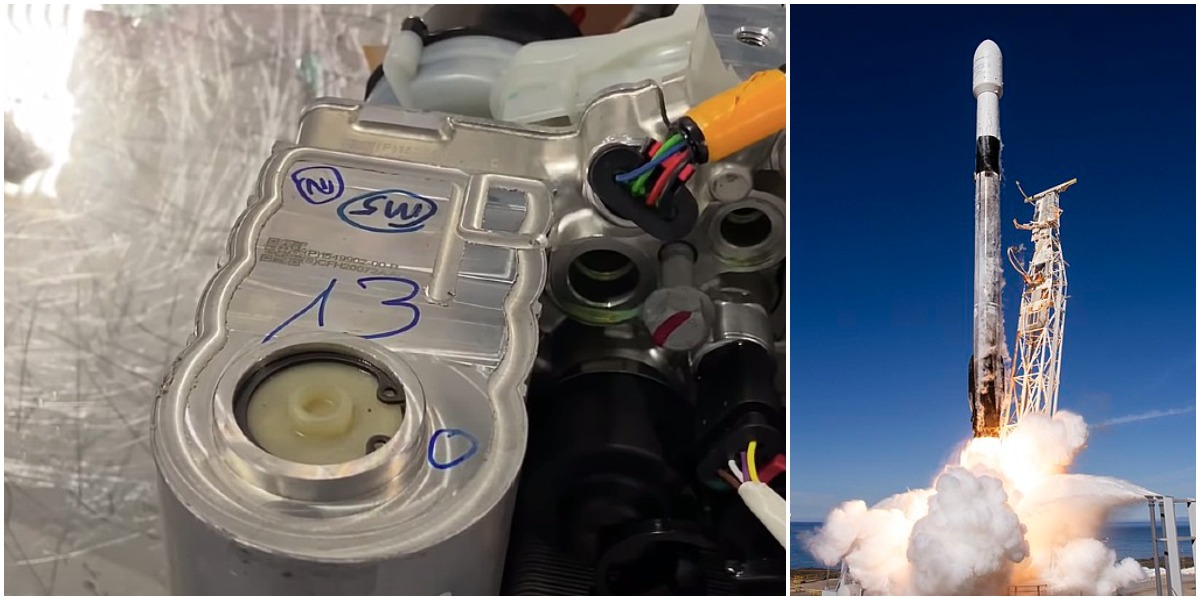 A recent episode of Sandy Munro’s Tesla Model Y teardown series has revealed that the electric car company utilized friction stir welding (FSW) for the crossover’s thermal management system. The welding technique is commonly used among aerospace companies, like SpaceX, as a way to maintain the strength of aluminum parts while securing a reliable bond between pieces.

A car’s thermal management apparatus is responsible for controlling and maintaining proper temperatures in critical portions of the vehicle. In the case of the Model Y, the Octovalve is responsible for motor, battery, and cabin cooling, according to Munro. The Detroit auto veteran said that typically, these systems should not be cooling the cabin if they are controlling battery or motor temperature. The thermal management system in the Model Y seems to be controlling the cabin, the battery, the electronics, and the motor nonetheless.

The Octovalve seems to be a state-of-the-art system as it uses, “some clever little ball valves that open and close to make sure that everything’s getting heated or everything’s being cooled to where it needs to be,” Munro said.

With the assembly overlooking the temperature for these many parts of the vehicle, the system is subjected to drastic and sharp temperature changes. Over time, the difference between heat and cold can begin to weaken portions of the car part, especially if it was exposed to excessive temperatures during manufacturing. This is where some SpaceX-grade solutions come into play.

Tesla chose to utilize friction stir welding for its aluminum portions of the coolant assembly. “This is a cool way of putting two parts of aluminum together, some other materials as well, but aluminum is kind of the most suited for it. And in essence, what happens is you have a stylus that spins around very very quickly. It pokes through the two pieces of metal that you want to friction stir weld. Then, it goes around the outside edge, and what it does is it uses the plastic state or thixotropic state of the aluminum to bind it together,” Munro said.

Simply put, the process allows aluminum to reach a temperature that allows two pieces of metal to come together with a strong bond, but it never turns the metal into a soft, liquid-like state. “It’s like soft butter, butter that you could see is firm, but you could cut it with a knife.”

The advantage of using this process is that the heat from the welding process only applies to the outer edges of the metal. The additional material that is not bonded to anything does not see the heat and is not weakened by the welding process. Stir welding is also time effective as it can be completed in a short period, but it is a careful process that does not apply unneeded stress upon the rest of the assembly.

SpaceX uses friction stir welding for its rockets, as it increases strength by exposing only the bonded portions of two pieces of metal to each other. Friction stir welding was used by SpaceX back in 2008 when the company was combining barrel sections of the Falcon 9’s second stage. “The FSW joins metal without flames, sparking, inert gasses, or fumes, and produces a far superior weld in aluminum-lithium alloys as compared to traditional methods,” SpaceX said in a news update.

In the spirit of humor, Tesla and Elon Musk saw the Octovalve as a perfect opportunity to not only improve the performance of the vehicle temperature regulation system but also as an appropriate time to sprinkle in some additional humor in the form of an Easter Egg. The Model 3 donned a cape-wearing bottle-figured superhero for its “Superbottle” system, while the Model Y includes a snowflake-stamped Octopus as an Easter Egg.

Tesla has increased the effectiveness of its thermal management with the introduction of the Model Y’s Octovalve system. Elon Musk stated that it was some of the best engineering he had ever seen. The welding process could increase the longevity of the machine through its lack of exposure to excessive heat and stress during manufacturing.

Watch Munro’s video on the Model Y’s Octovalve welding below.