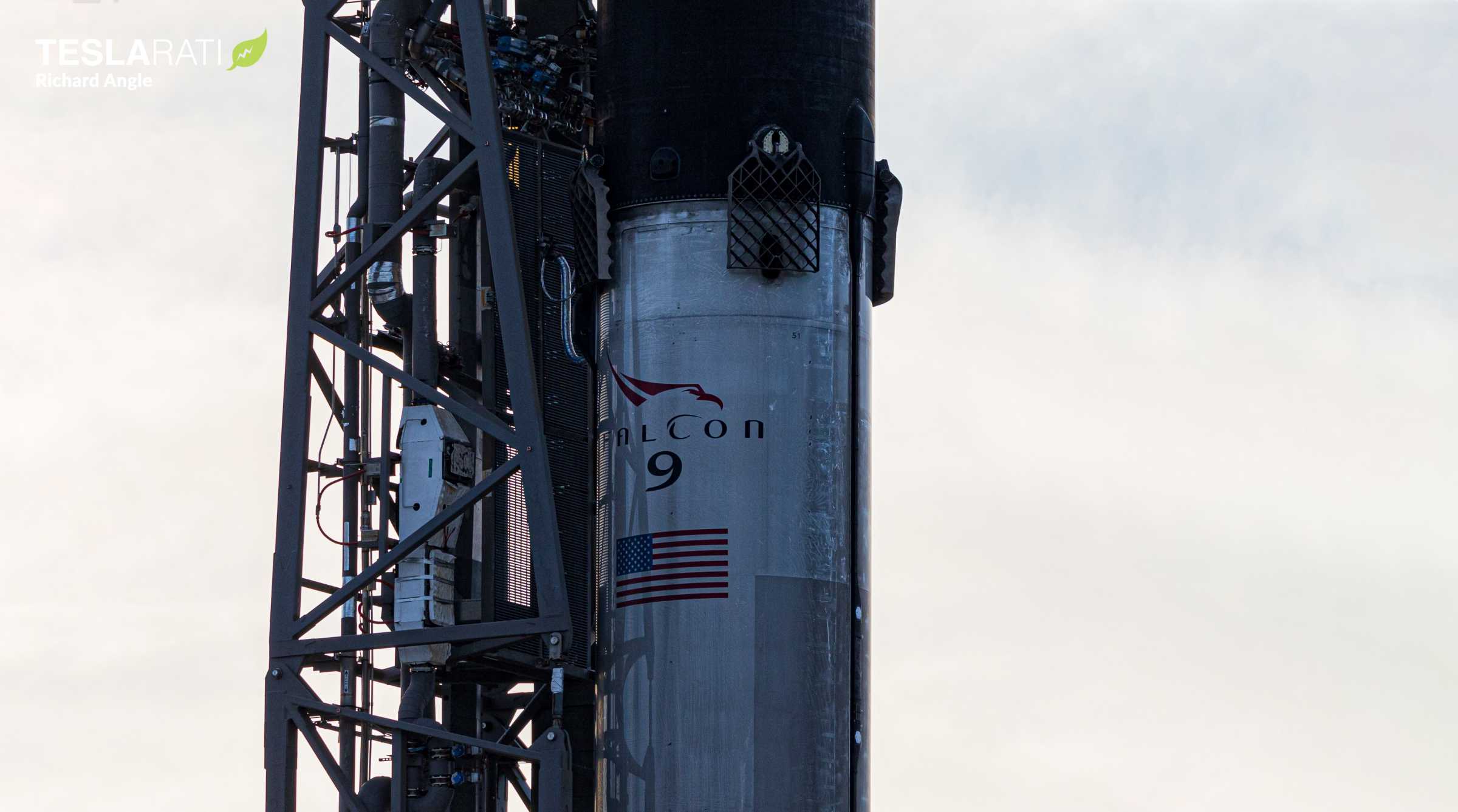 Pictured here in January 2020, Falcon 9 booster B1051 is scheduled to attempt its fourth launch no earlier than April 23rd. (Richard Angle)

A SpaceX Falcon 9 rocket has rolled to the launch pad a full week before the company’s next 60-satellite Starlink launch is scheduled, much earlier than usual compared to all recent Starlink missions.

Thrice-flown Falcon 9 booster B1051 will be supporting the internal SpaceX launch, serving as a partial return-to-flight mission after a Falcon 9 rocket suffered its first in-flight engine failure since 2012 less than a month ago. Recently discussed on Teslarati, prime customer NASA – perhaps just a month away from its first astronaut launch on a SpaceX Crew Dragon and Falcon 9 – has to outwardly worry about the impact of Falcon 9’s March 18th engine failure. Most recently, administrator Jim Bridenstine signaled that SpaceX had already effectively determined the failure mode enough for him to state that it’s “not going to impact our commercial crew launch.”

Likely implying that the engine failure was closely related to the fact that Falcon 9 booster B1048 was on its fifth launch, a first for SpaceX, a successful Starlink launch next week would likely alleviate most remaining customer concerns. Delayed a week from April 16th to 23rd, the rocket’s move to the launch pad indicates that SpaceX may be exerting significantly more caution on this particular Starlink launch, a sign that the company is unsurprisingly prioritizing a fully-successful mission over speed.

Excluding delays, recent SpaceX Starlink launches have seen their Falcon 9 rockets roll out to the launch pad and perform their preflight static fire tests just a few days (or less) before liftoff. To achieve that, SpaceX – for the first time since September 2016 – has begun installing payloads (its own Starlink satellites) on top of Falcon 9 before their static fires. Known as Starlink V1 L6 or Starlink-6 for short, that also remains true for this particular mission – SpaceX’s 6th Starlink launch since November 2019 and 7th launch overall.

Easily visible in Spaceflight Now’s live views of Falcon 9’s roll to the launch pad, the rocket already has a payload fairing – presumably full of 60 Starlink satellites – installed atop its second stage. The fact that SpaceX has rolled the fully-integrated Starlink-6 rocket to the launch pad a full week before its planned liftoff is thus at least a little curious.

The presence of a payload fairing effectively rules out an issue with Starlink satellites as the cause of the delay, while it also makes it much less likely – but not impossible – that any bugs were found in Falcon 9’s first or second stages. Were any such issues discovered, it’s hard to imagine that SpaceX would have chosen to roll the fully-integrated rocket to the launch pad, as any hardware issues would almost certainly require a return to the hangar and some level of disassembly.

As such, the reason for the rocket’s relatively early move to the launch pad is a bit of a mystery. Most likely, as briefly noted, SpaceX is simply taking a more cautious approach to this launch as a result of challenges faced in February and March. The use of Pad 39A – normally dedicated to Falcon Heavy and Crew Dragon launches – also raises the stakes a bit, as a vehicle failure on or around the launch pad would inherently result in major delays to NASA’s critical Commercial Crew Program astronaut launches.

Either way, SpaceX’s Starlink-6 mission is set to be uniquely high-profile. According to launch photographer Ben Cooper, Falcon 9 is scheduled to launch no earlier than 3:16 pm EDT (19:16 UTC) on Thursday, April 23rd. Stay tuned for updates as the rocket approaches its static fire test.