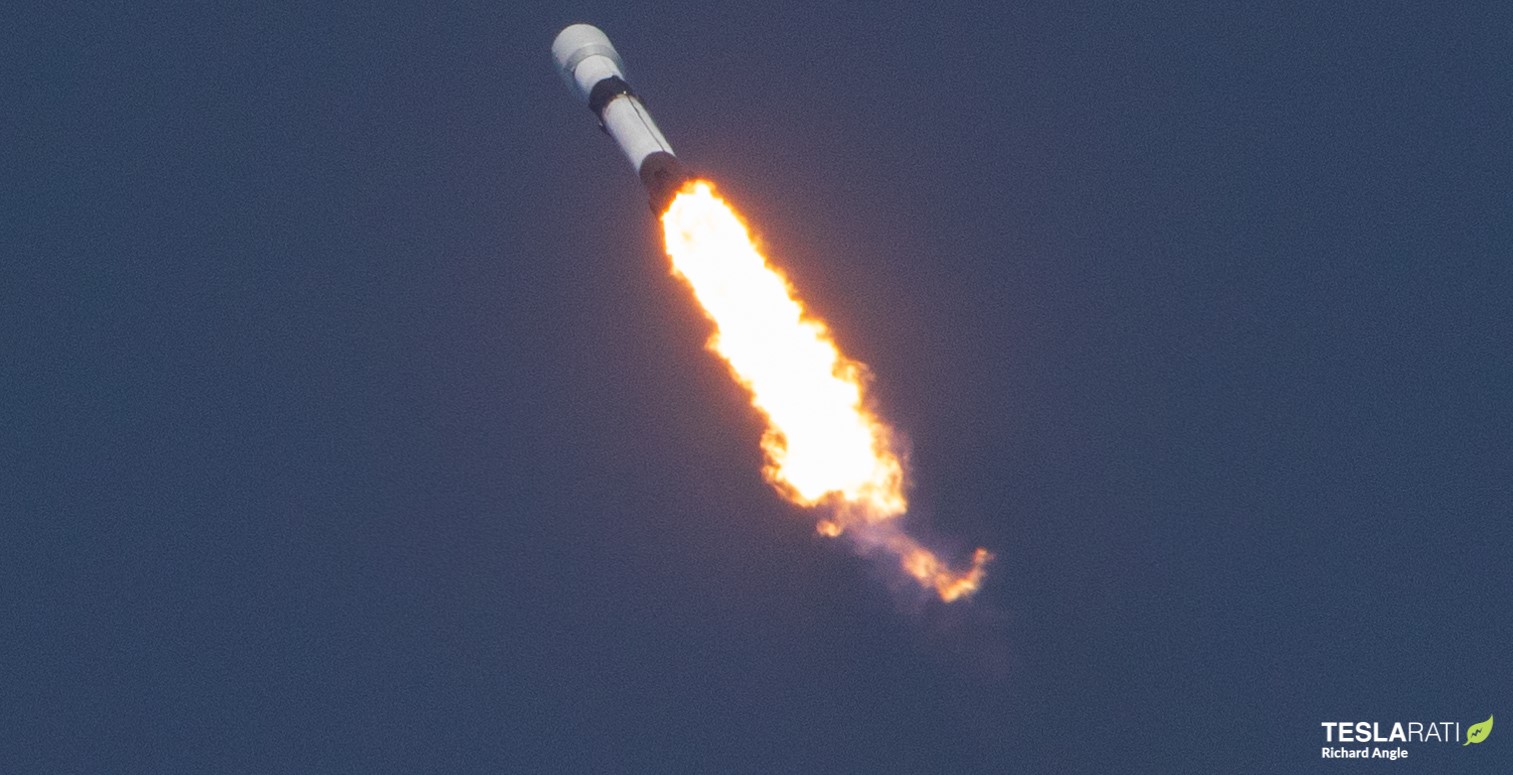 SpaceX has successfully launched and landed a rocket and placed 60 new Starlink satellites in orbit. (SpaceX)

Like all Starlink v1.0 launches, a flight-proven Falcon 9 booster (B1051’s fourth flight) and a new upper stage worked together to send some 16 metric tons (~35,000 lb) of Starlink satellites into a very low Earth orbit (VLEO). Booster B1051 performed exactly as expected on its fourth orbital-class launch, burning for about 2.5 minutes before separating and allowing an expendable Falcon 9 upper stage to continue to orbit with its Starlink payload. About six minutes later, after a successful reentry burn and landing burn, the rocket gently touched down on drone ship Of Course I Still Love You (OCISLY). Seconds later, the upper stage shut down after safely placing 60 Starlink satellites in the correct orbit.

Another six minutes later, the same upper stage successfully deployed all 60 Starlink satellites, allowing them to slowly spread out on there own – a bit like a giant deck of cards with the weight of a small tank.

Aside from serving as an extremely reassuring return-to-flight and return-to-landing for Falcon 9 after an in-flight engine failure and two back-to-back booster landing failures, the successful launch also means that Falcon 9 now holds a significant US rocketry record. In essence, SpaceX’s workhorse rocket is now the most prolific US launch vehicle currently operating, surpassing the United Launch Alliance’s Atlas V. Since August 2002, the ULA rocket has completed 83 (mostly) successful launches.

Debuting more than eight years after Atlas V, Falcon 9 passed the 83 launch mark on March 18th and has now successfully crested 84 launches with its April 22nd Starlink-6 mission. In other words, despite operating less than half as long as Atlas V, Falcon 9 has already completed more launches than the ULA workhorse rocket, averaging one launch every 1.3 months compared to Atlas V’s 2.7 months. While SpaceX’s latest Falcon 9 v1.2 rocket variant has only launched 62 of its 84 missions since it debuted in 2015, it’s still considered slightly more reliable than the famously reliable Atlas V.

In short, SpaceX’s Falcon 9 rocket continues to prove itself to be exceptionally capable and reliable, while also managing to rapidly become one of the most-launched US rockets ever. Given that SpaceX is set on continuously and aggressively increasing the rocket’s launch cadence, Falcon 9 may be just a few years away from becoming the most-launched modern US rocket ever – a title currently held by Delta II (retired in 2018).