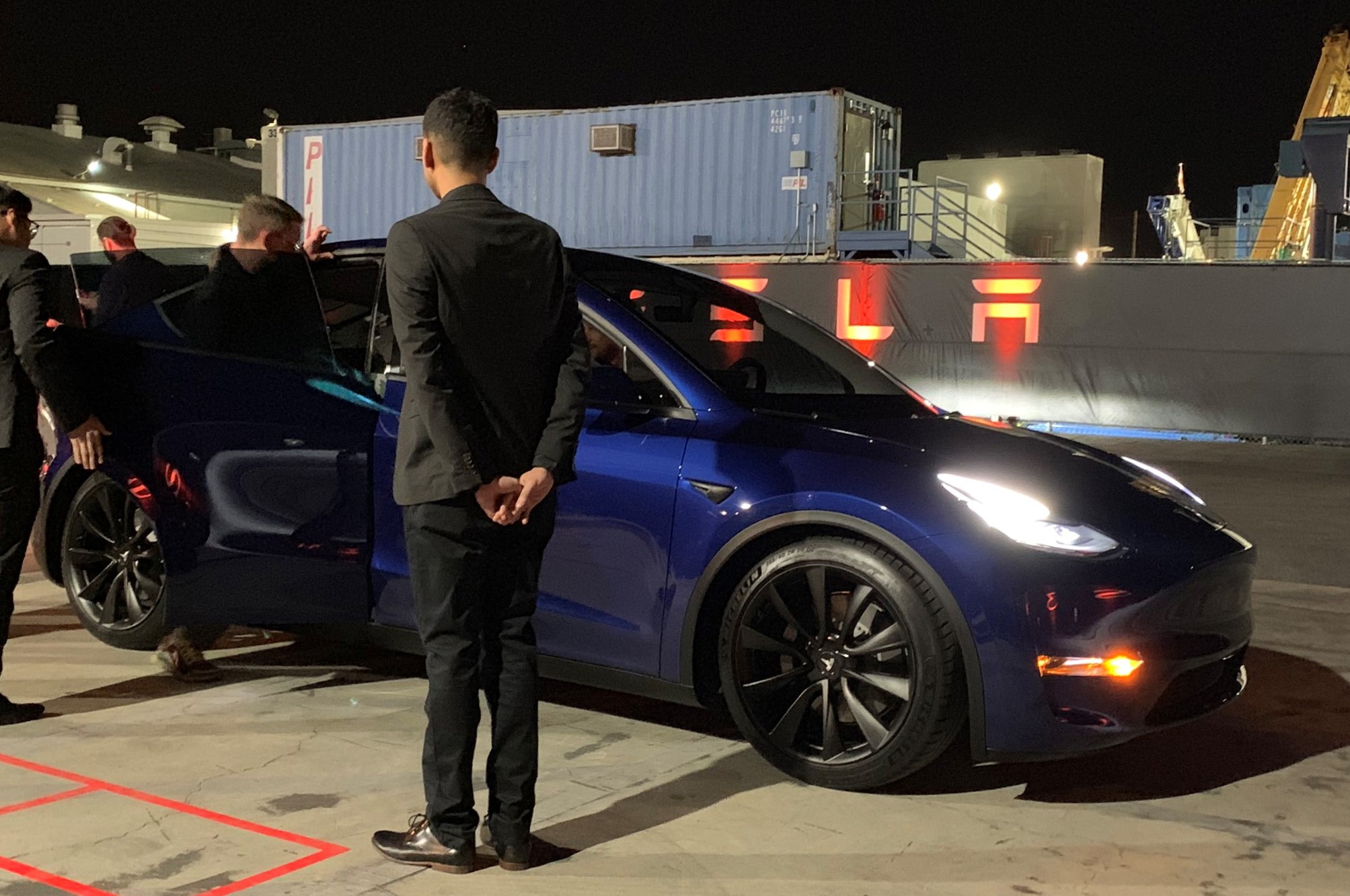 Tesla has unveiled the Model Y, a seven-seater, 300-mile, all-electric SUV that is expected to be even more popular than the Model 3. Similar to the Model 3 unveiling, Tesla offered test rides in the Model Y after the event. Teslarati was able to acquire a slot for the SUV’s test rides.

Here’s how the test ride went.

Elon Musk has already stated that the SUV shares around 75% of its components with the electric sedan. From the exterior to the interior of the Model Y, it is evident that the vehicle is derived from its sedan sibling. The exterior is pretty much a bulkier version of the Model 3, while the interior shares the 3’s sleek dashboard that’s dominated by a 15″ touchscreen. The vehicle is pretty roomy too, as the test driver was around 6’2″ and there was ample headroom.

A look at the rear of the vehicle shows some classic Tesla cues. The second-row seats could seat three, and similar to Tesla’s other electric cars, there is ample legroom. The third-row seats, which can accommodate two, were folded down during the test drive. It remains to be seen how comfortable the third-row seats would be for adults, though considering the space on the vehicle, the last row could prove to be a pretty tight fit. Perhaps the Model Y’s third-row seats could serve a similar purpose as the Model S’ rear-facing jump seats, which are optimized for children.

The ride itself is very characteristic of Tesla, being quiet and smooth. The car seems to handle just like the Model 3, as it was nimble and responsive to the driver’s input. The iconic Tesla acceleration was there, thanks to the test unit’s dual motor AWD configuration. There was also very little body roll despite some spirited driving maneuvers. Based on how the Model Y handled imperfections on the road, the vehicle seemed like it was equipped with coil springs, similar to the Model 3.

Particularly notable is how well the Panoramic glass roof worked with the Model Y’s SUV form factor, allowing a full, unobstructed view of the sky. It should be noted that the glass roof does not have a center cross member such as the one found in the Model 3, effectively making the Model Y’s glass roof arguably the most stunning in Tesla’s lineup. Teslarati was told that this would make it to production.

The Model Y was pretty much what the Tesla community expected. It might not have too many bells and whistles (the glass roof is amazing though) but it represents a notable balance between features and practicality. Tesla would likely not run into production issues with the Model Y, thanks to its similarities with the Model 3 and the lessons the company learned from its past production ramps. At this point in Tesla’s history, the Model Y is a perfect vehicle to release, as it is reasonably-priced, and perhaps most importantly, not too difficult to produce.

Watch Teslarati‘s test ride in the Model Y in the video below.