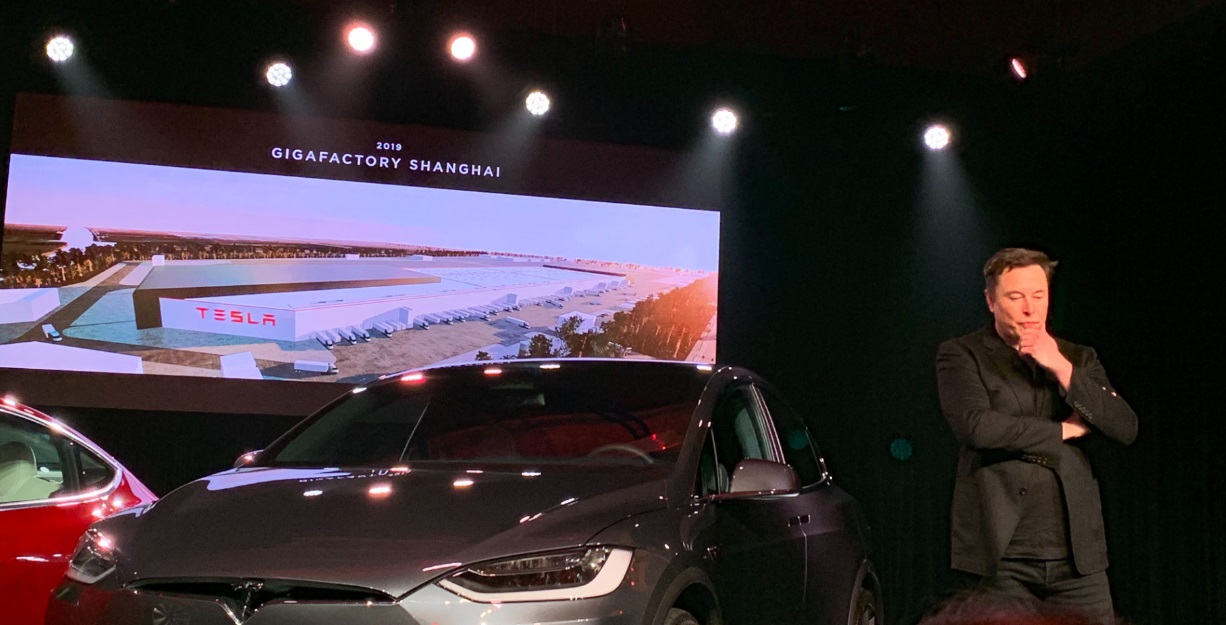 Tesla has given us a first look at what Gigafactory 3 in Shanghai will look like when it’s completed this year. The reveal came Thursday evening when the electric carmaker hosted an event to officially unveil its next affordable, mass-market 7-seater.

CEO Elon Musk spoke briefly on the quick progress previously made on the company’s existing Gigafactory 1 in Sparks, Nevada before transitioning to the factory construction project currently underway in China.

“This is what it will look like at the end of the year,” Must touted. “Things are moving fast…Once it’s complete, it will be the equivalent of our Fremont car factory plus our Nevada Gigafactory combined, integrating the two, which kind of makes sense.”

The image of a long, white-colored building with red-Tesla accents, and portrayed with numerous semi-trucks awaiting cargo, is reminiscent of its Nevada facility. More importantly, it gives us a good glimpse of what Tesla expects to have completed less than a year after its January 6 ground breaking event.

A Chinese government official recently stated that Tesla’s Gigafactory 3 in Shanghai is expected to complete the first phase of construction this coming May, with assembly lines on track to be set up by the end of the year. This timeframe meets Musk’s previous estimates for the project’s completion, which would mean Tesla Model 3 production by the end of the year. While aggressive, Gigafactory 3’s building schedule comes with generous support from both the local and national Chinese governments.

Once completed, the newest Tesla factory site located at the Lingang Industrial Zone will be 864,885-square meters on a plot of land reported to be 9.3 million square feet. Once completed, Gigafactory 3 is expected to produce 500,000 vehicles per year, allowing Tesla to fully tap into the rapidly expanding electric vehicle market in China as a local manufacturer.