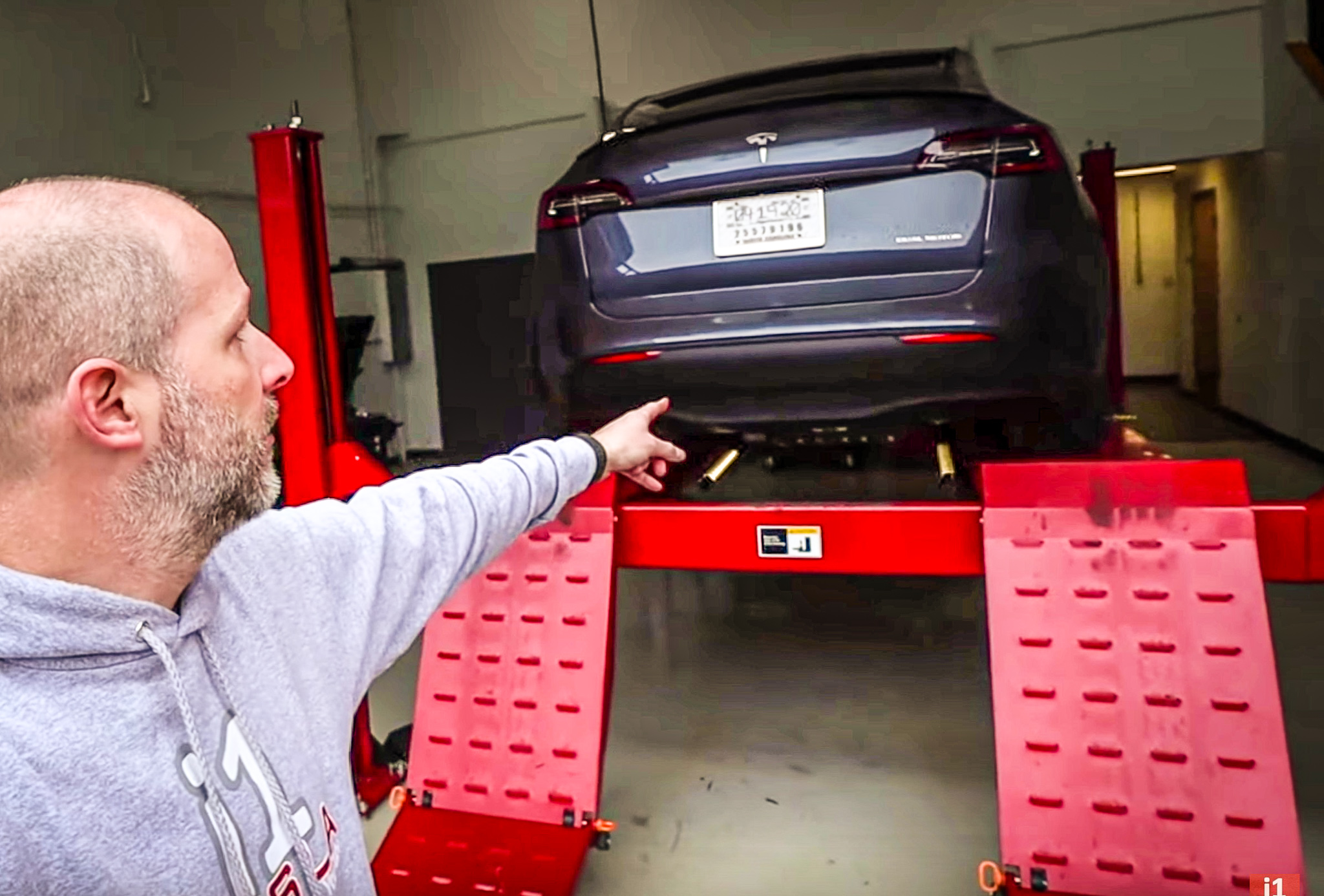 There’s been many questions around Tesla Model Y’s trailer hitch and its ability to tow ever since a cover plate was first detected on the rear bumper. However, as new Model Y customers begin their comprehensive first reviews and question the vehicle’s ability to tow,  combined with indications from the Tesla Model Y Owner’s Manual that towing might be a feature down the road, we’re finally getting confirmation that Model Y’s rear bumper cover plate isn’t hiding a receiver mount.

Taking a flathead screwdriver to the rear cover plate, Brian maneuvered the plastic plate off of the rear bumper. Behind the plate are metal clips on the left side of the plate and clips to the right, suggesting that the plate should be pried from the right during the removal process.

Removing Model Y’s rear cover plate reveals an empty space where a trailer hitch would normally be seen. “I, like you, don’t see a hitch. No trailer hitch,” notes Brian as he looks inside the void behind the rear bumper.

However, Brian is able to pinpoint the rear crash bar for Model Y in the upper portion within the cubby. The mounts for the impact bar can also be seen, further suggesting that an optional tow package could be coming in later production versions of the Model Y. Aftermarket vendors for Tesla trailer hitches will often leverage the mounting points of the rear crash bar as a means to secure the product to the car.

With initial focus on volume production of Tesla Model Y, the company most likely focused its initial efforts on streamlining production on the most commonly desired features of the all-electric crossover. Tesla will be able to better vet the need and subsequent timing for the production of a Model Y trailer hitch once more vehicles are delivered to customers.

For now, check out Brian’s video as he gives us a good look behind Model Y’s rear bumper cover plate. Be sure to follow i1Tesla for some of the best non-invasive “teardowns” and DIY Tesla videos that any everyday owner can do.