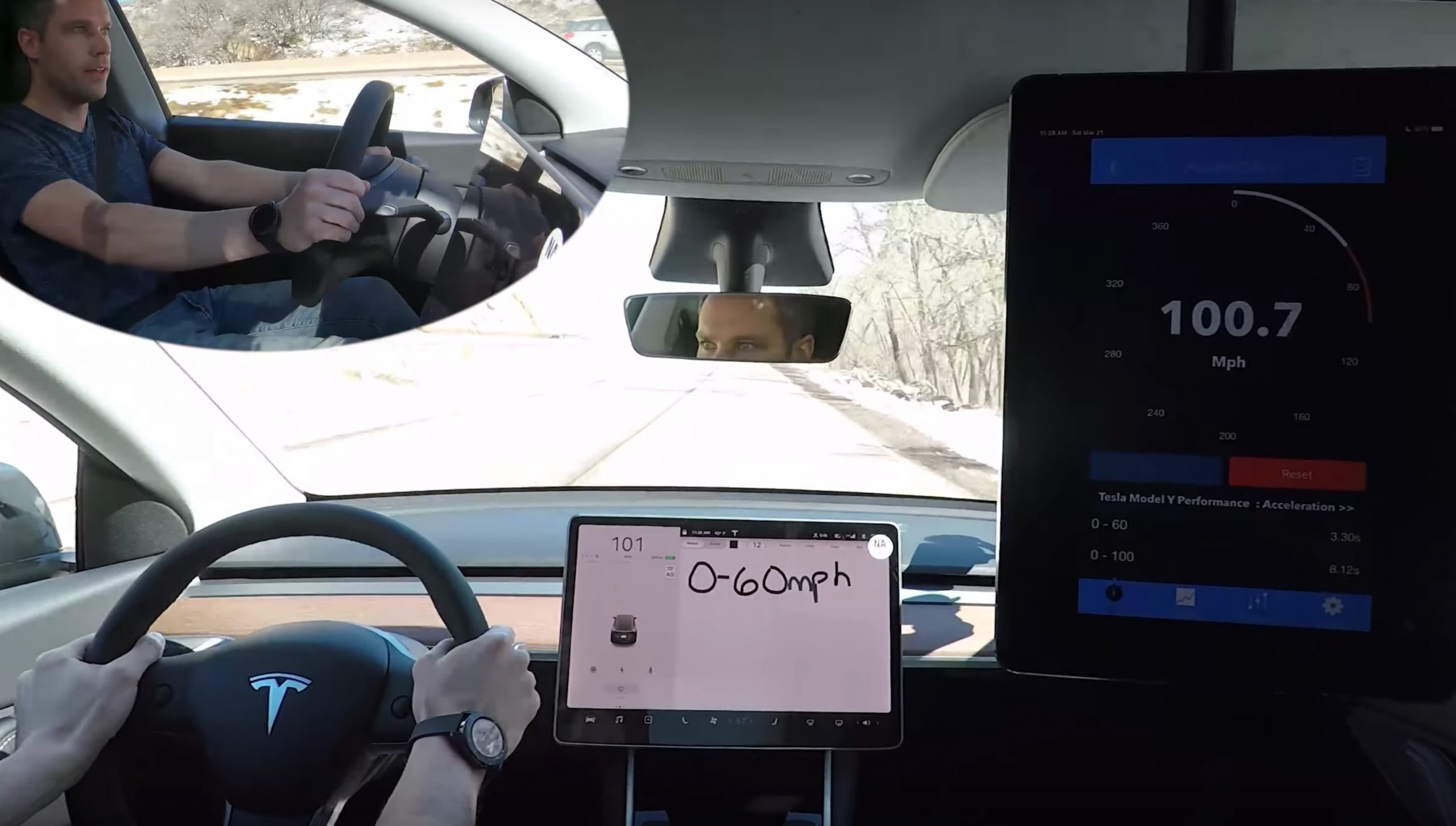 Real-world 0-60 mph acceleration tests of the Tesla Model Y Performance are proving that the all-electric crossover is quicker than what the company advertises.

Tesla claims in its online configurator for the Model Y that the dual-motor Performance variant can accelerate from 0 to 60 mph in 3.5 seconds. This is the case for both the Model Y Performance with 19″ Gemini wheels as well as the Model Y with Performance Upgrade package that includes larger brakes and 21″ Uberturbine wheels.

However, in a series of real-world Model Y 0 to 60 mph acceleration tests conducted by Erik of the DÆrik Youtube channel, Tesla’s newest 5-seater crossover managed to stop the clocks at a lightning-quick 3.30 seconds.

Taking an average of all three runs performed by Erik and Model Y Performance registers a 0-60 mph time of 3.376 seconds, or nearly twice as quick as other SUV/Crossovers in its size category. By comparison, the Mercedes GLC300 SUV that stacks up in size would lose by more than 2 seconds when drag racing Model Y from a standstill to 60mph.

The better-than-expected results obtained by Erik isn’t too surprising considering Tesla’s penchant to underestimate the performance figures of its vehicles. Without including any presumed over-the-air software updates to unlock more power and hardware improvements, the Model Y stands as a performance beast that’s fitting of Tesla’s DNA.