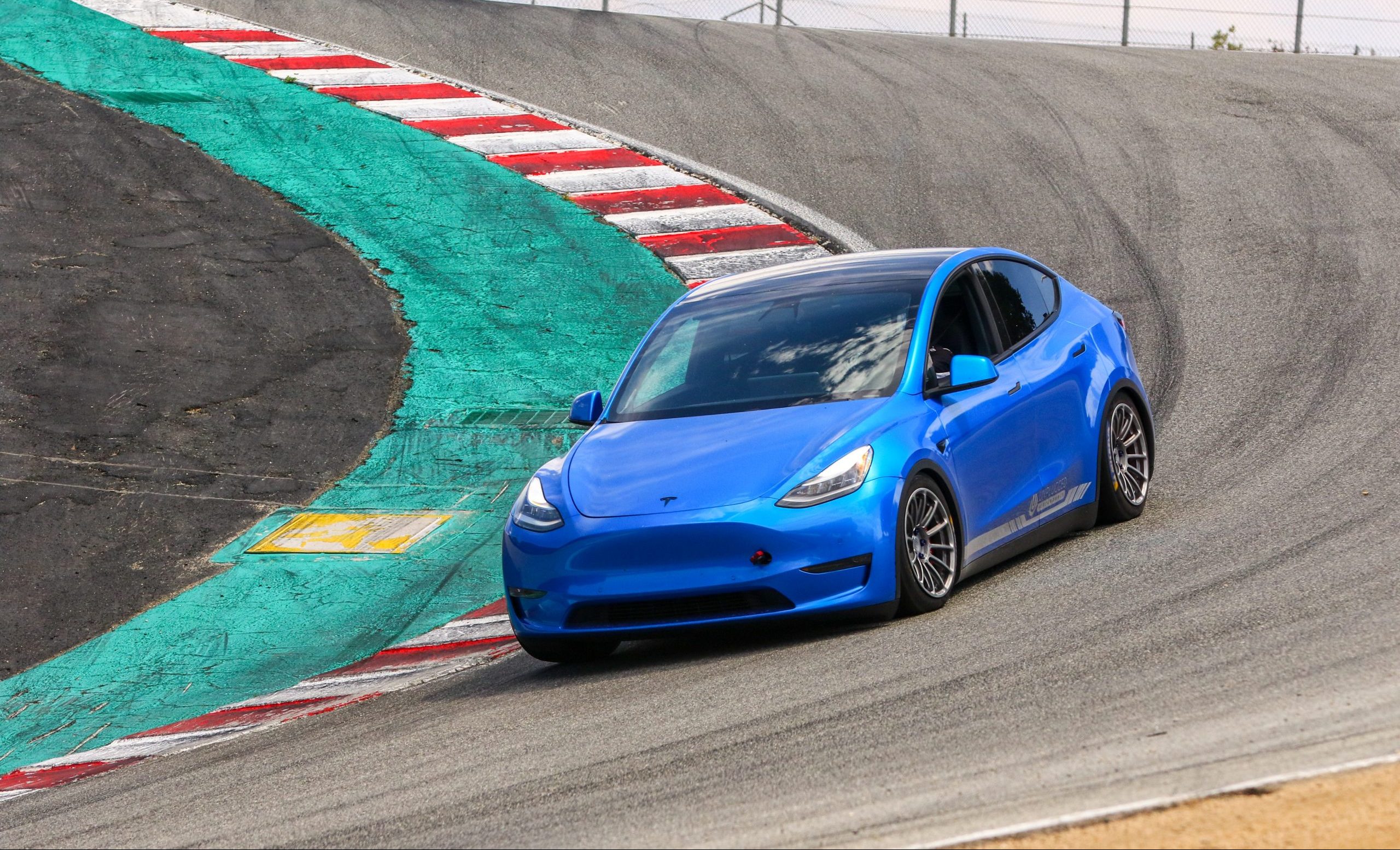 One of the best things about Tesla’s electric cars is the fact that they could transition from being practical family haulers to high-performance vehicles without any effort at all. Take the Tesla Model Y, for example. Just recently, a Model Y with Unplugged Performance parts achieved near-supercar lap times in Laguna Seca, despite being a daily-driven vehicle that’s used for a lot of SUV-related purposes, like camping.

The modified Model Y had a few records of its own under its belt, setting the fastest lap ever recorded for a crossover SUV at the Buttonwillow Raceway last June. And as it turned out, the modified Model Y also ended up stunning during its outings at Laguna Seca. Just like its sibling, the Model 3 Ascension R, which beat the Plaid Model S’ lap time, Unplugged’s Model Y was able to exhibit near-supercar times at the track despite being a pretty hefty crossover.

As could be seen in a video of its record-setting run at the racetrack, the Model Y and its driver, Oscar Jackson Jr., managed to complete a lap in 1:39.1, and that’s with the racetrack having traffic. But perhaps what’s even more impressive was the fact that the Model Y used for the run was a daily driver of Unplugged Performance founder Ben Schaffer. In fact, it was a vehicle that Ben slept comfortably in for two nights at the track’s campgrounds.

With Tesla releasing the Model 3 and Model Y, the company has started to break into a market that values vehicles that offer a lot of utility and practicality. There’s simply very few vehicles that could hold a candle to Tesla’s Model Y in this sense. In the case of the Model Y’s Laguna Seca record, for example, it appears that the crossover SUV with the closest lap time was the Lamborghini Urus, which completed the track in 1:40.90.

The Lamborghini Urus is priced far above the Model Y, usually costing about $200,000 or more, or about three times more expensive than the Model Y Performance, which starts at about $60,000. But perhaps what’s even more notable is that the Model Y Performance is actually Tesla’s most conservative “P-branded” vehicle. Other cars like the upcoming Plaid Model X will likely be even more extreme and capable on the track.

Watch Unplugged Performance’s Tesla Model Y set a record lap for crossover SUVs in Laguna Seca in the video below.