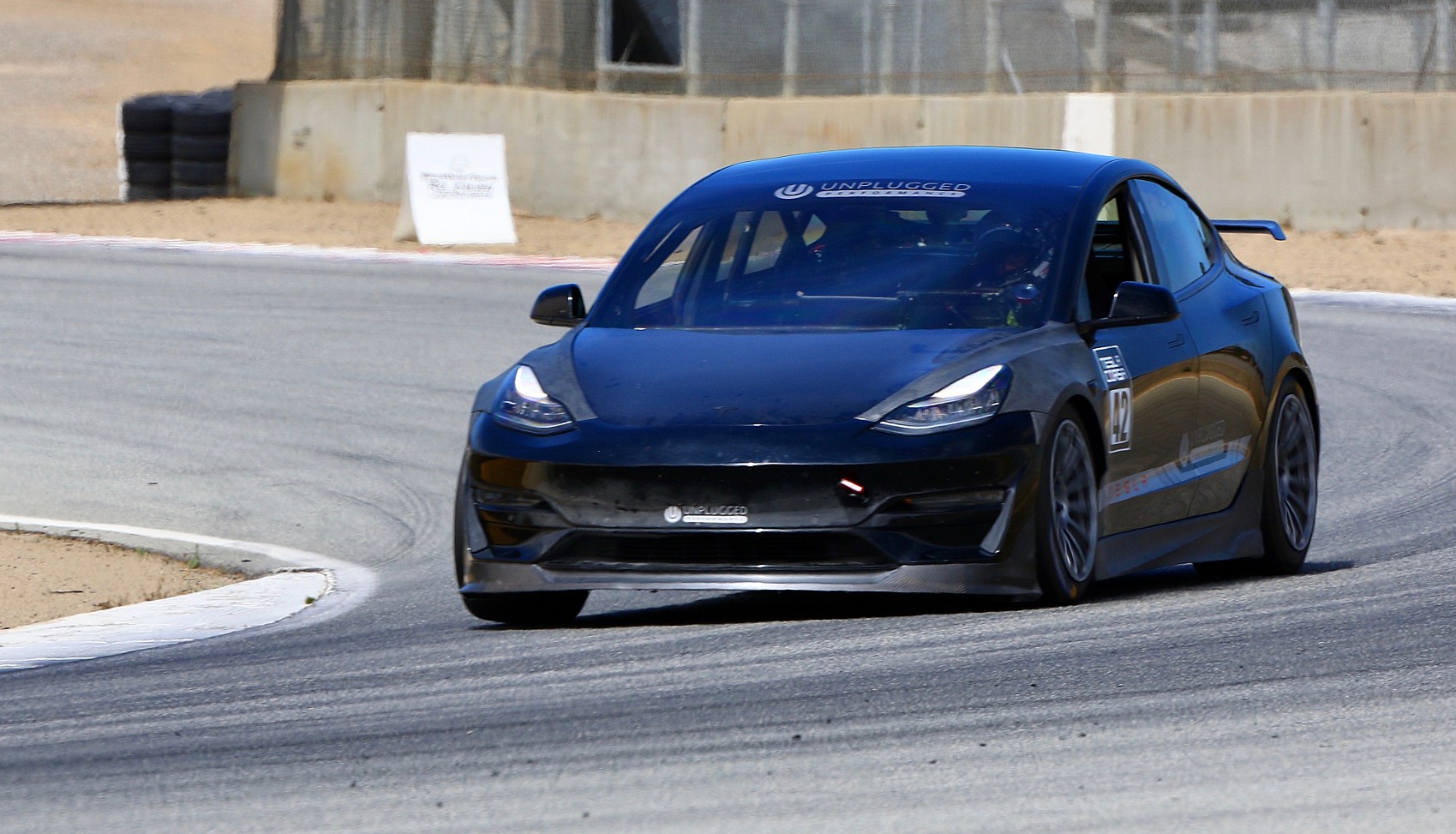 Last year, Tesla shocked the electric vehicle world when it revealed that it had a Plaid Model S prototype that could be taken and pushed to its limits at the track. The vehicle, which was driven by a member of the Tesla development team, absolutely crushed the previous records set by four-door sedans at Laguna Seca, completing the tricky course in just 1:36.555.

This record, set by the formidable Plaid Model S, has now been broken. Surprisingly enough, the record was actually beaten by an upgraded version of its little brother, the Model 3 Performance. The Model 3 Performance definitely lacked the raw power of the tri-motor Model S, but it sure made up for it with clever mods and a master driver behind the wheel. The Model 3’s driver was Randy Pobst, a professional racer driver and, in a way, the father of Track Mode.

Back in October 2018, the Tesla Model 3’s development version of Track Mode was driven by Pobst against the Jaguar I-PACE EV400 and one of the best ICE cars available then, the Alfa Romeo Giulia Quadrifoglio. The development version of Track Mode performed well, and it toppled the I-PACE EV400 easily enough. It was, however, not enough to beat the Alfa Q4. Tesla then spent the next weeks working with Pobst to refine Track Mode’s setting and features, which were later rolled out as the release version of the special setting. With Track Mode’s release version, the Model 3 Performance was able to crush the Alfa Romeo Q4’s time easily.

Perhaps it is this experience and his intimate knowledge of the Model 3 Performance’s capabilities that allowed Randy Pobst to push the all-electric sedan to its absolute limits. Or perhaps it is the vehicle’s modifications from EV tuning house Unplugged Performance, which equipped the vehicle with both consumer and prototype parts from its Ascension-R package. Either way, the Model 3, driven by the driver who tuned its BMW M3-killing feature, completed a lap around the Laguna Seca raceway in 1:35.790.

What is even more interesting is that the Model 3 Performance was not specifically tuned for Laguna Seca. The vehicle is actually being prepared for the Pikes Peak Hill Climb, so its runs at Laguna Seca were simply a way to test the vehicle’s capabilities. The Model 3 even had a weight penalty during its record-breaking run, since it was equipped with a 160-lb roll cage that was mandatory for Pikes Peak. Even Pobst himself only flew in from the East Coast for 24 hours to test the vehicle.

In a statement to Teslarati, Unplugged Performance CEO Ben Schaffer expressed his excitement at the results of the Model 3 Performance’s Plaid-breaking lap. “Our expectations at Laguna Seca were simply to validate the car with Randy and to make sure we are safely dialed in for Pikes Peak. It definitely shocked us all when we beat the lap time of the mighty Plaid Model S prototype in our Model 3. The crazy thing is that we still have a lot of additional modifications being prepared and we’ve not come near the car’s full potential with our upgrades yet!” he said.

Now, one has to imagine just how fast the Plaid Model S could go around Laguna Seca with a professional driver like Randy Pobst behind its wheel. That run would likely be one for the books.