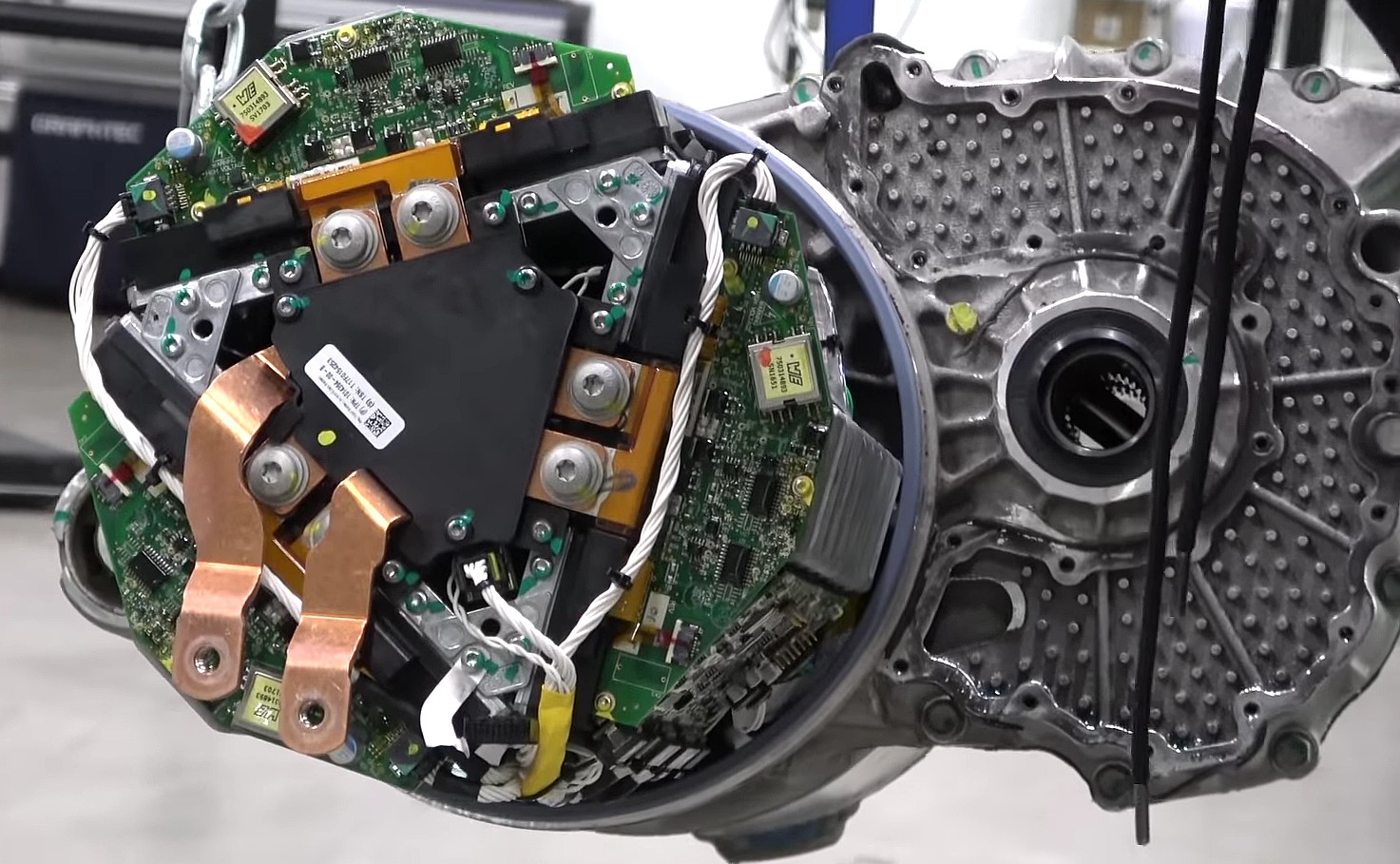 A video recently uploaded on YouTube has provided a close look at the inner workings of a Tesla Model S electric motor. Based on the teardown, it appears that Tesla’s motors, even those from vehicles that are already several years old, are quite stunning in terms of their engineering and design.

The video of the Model S motor deep dive was shared by YouTube’s What’s Inside? channel, which, as the name implies, made its mark in the video streaming platform through videos that feature teardowns of selected products, from electronics like Apple devices to vehicle components like a Tesla Model X tire.

The initial parts of the teardown were as expected of the channel’s entertaining aspects, with hosts Dan and his son Lincoln finding humor in the vast amounts of coolant that was sealed inside the electric motors’ inner chambers. That being said, perhaps the most interesting part of the video involved a look at the electronics within the Model S motor itself.

The boards within the Model S electric motor were set up very well, hinting that the component was designed to be as compact and durable as possible. The arrangement of the boards itself was also particularly interesting, as they were set up in a triangular pattern that gives them an appearance that is strangely reminiscent of Tony Stark’s New Element Arc Reactor.

Elon Musk’s bold and rather eccentric image has been compared to the fictional billionaire Tony Stark in the Marvel universe, who also happens to be the superhero Iron Man. Musk has been quite close to the Iron Man character, at one point even making a cameo in one of the superhero’s films. Thus, there is some humor to be had in the fact that Tesla’s first wholly-designed vehicle, the Model S, featured what appeared to be an unintentional reference to the iconic character in one of its most important components.

What’s particularly notable is that for all its impressive electronics, the Model S motor featured in the teardown video is from a vehicle that is already around seven years old. Over this time, Tesla has not stopped innovating, and thus, its current-generation electric motors are likely far more advanced. One can only hope that a teardown of a Model 3 motor could be shared online in the near future as well.