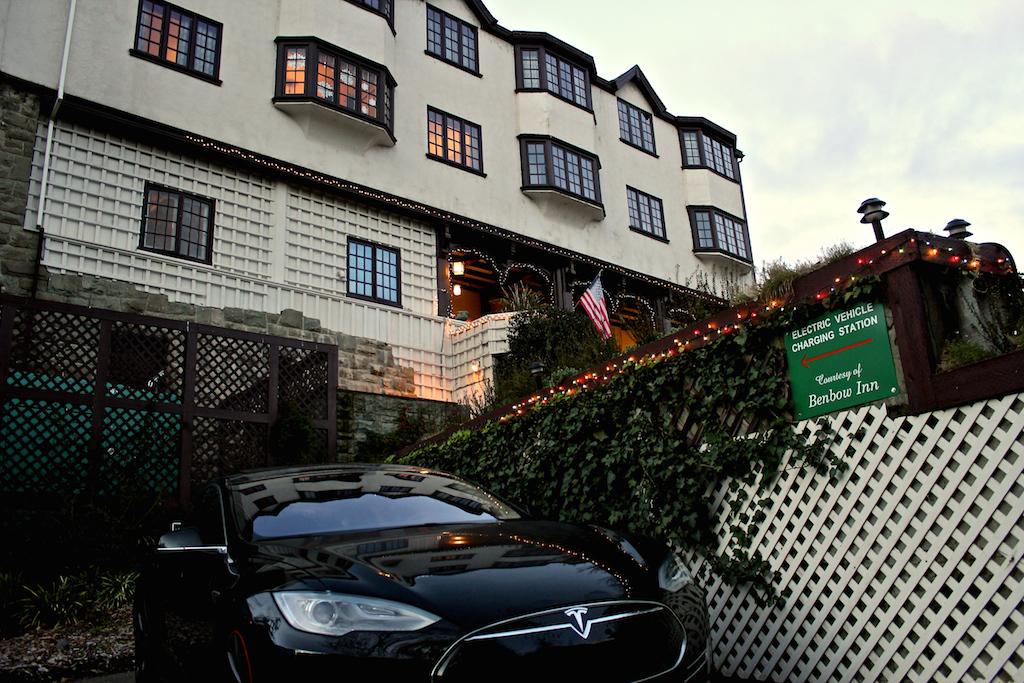 Once you buy a Model S, owners want to drive it everywhere it can possibly go and the phrase “destination charging” takes on bigger meaning. Thoughts about taking your SUV for the family trip is now quashed by your desire to drive your electric beast everywhere.

Living in Chicago, my first trip was to Lake Geneva where the hotel proprietor was very receptive in using 120V outlets attached to the ornate light posts in the parking lot. That was two years ago and now more hotel chains and proprietors are installing Tesla’s destination charging solutions, the Tesla high power wall connector. This charging solution offers fast charging at up to 80 amps and can add 59 miles in an hour. However, raise your hand if you have the twin-charging option on your Model S? Twin-charge is an option for all model variations, not standard even on the P85D, which surprised me.

Last month, Tesla Motors mentioned destination charging in its shareholder letter, pointing to recent installations in the U.S. and Asia.

Tesla’s shareholder letter, date Feb 11, 2015:
As an extension of our Supercharger network, hotels and popular destinations have been installing our high-powered wall connectors at such a rapid pace that we are now coordinating these efforts as a Destination Charging program. Almost 900 locations in Asia and North America currently have 1,600 Tesla connectors installed. We plan to expand the Destination Charging program into Europe in Q2 of this year.

The Q2 comment is interesting due to more focus on high-speed charging in China, where certain media reports cite the lack of charging infrastructure in the most populous country in the world. A recent article in Bloomberg gave more details on the initiative, saying,

“So far, Tesla has largely picked up the tab for the cost of both the charging hardware and the installation. Small lodging establishments benefit because they are listed on Tesla’s website and eventually will appear on the dashboard navigation system.”

Some analysts have bemoaned the rising capital expenditures from the growing company, but this is not completely unfunded due to the added cost option for this hardware, which costs around $1,800 at time of purchase—some on the TMC board noted the cost rises to $3600 for a retrofit.

Daniel Sparks, Motley Fool, and a friend of the program recently estimated that 50,000 Model S cars will be delivered in 2015 (& 5K Model Xs) and let’s say that 1/2 of those deliveries include the twin-charging hardware option. That comes to $4.95 million in additional revenue for a very small component…Musk or somebody at TM knows the luxury segment!

Some hotel or properties also charge a small fee for using these high-powered wall connectors, as most proprietors list the need to be a hotel customer to access the charging points via Tesla’s supercharging map on its site. Right now, Tesla’s destination charging options tilts toward the west and east coast, but the increase in the rest of the country was steady in 2014. Take a look at Indiana, for example.

For customers at this point, destination charging and twin-chargers seem to be the right move.