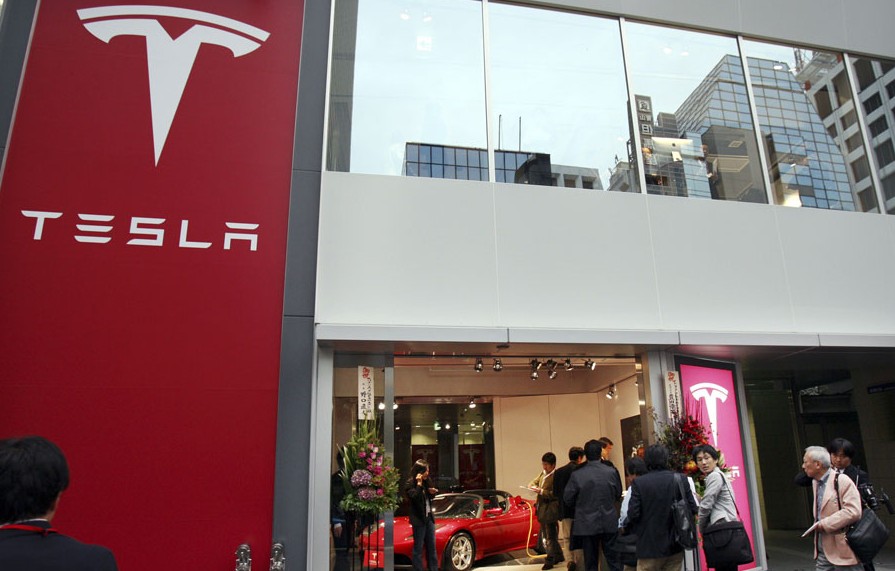 Tesla Motors Inc., a U.S. maker of electric vehicles, opened a temporary showroom in Osaka City on Saturday ahead of the establishment in spring of a permanent shop to showcase its products.

Tesla said it has been receiving inquiries and orders from customers in the region as its name recognition increased due to ties in the battery business with Panasonic Corp., a major Japanese electronics maker with roots in the western Japan city.

“We hope the opening of the Osaka shop will lead to the proliferation of EVs,”

Sukemasa Kabayama, the head of Tesla’s Japan arm, said Friday. He unveiled a plan to set up rapid EV chargers at 32 locations in Japan in 2015.

The Osaka showroom has the luxury sedan Model S on display and allows customers to test-drive the quiet car that Tesla started delivering in Japan in September. Its price starts at 8.23 million yen ($73,480).

The Osaka shop, located in Nishi Ward, is Tesla’s second outlet in Japan, following the one in Tokyo’s Minato Ward.