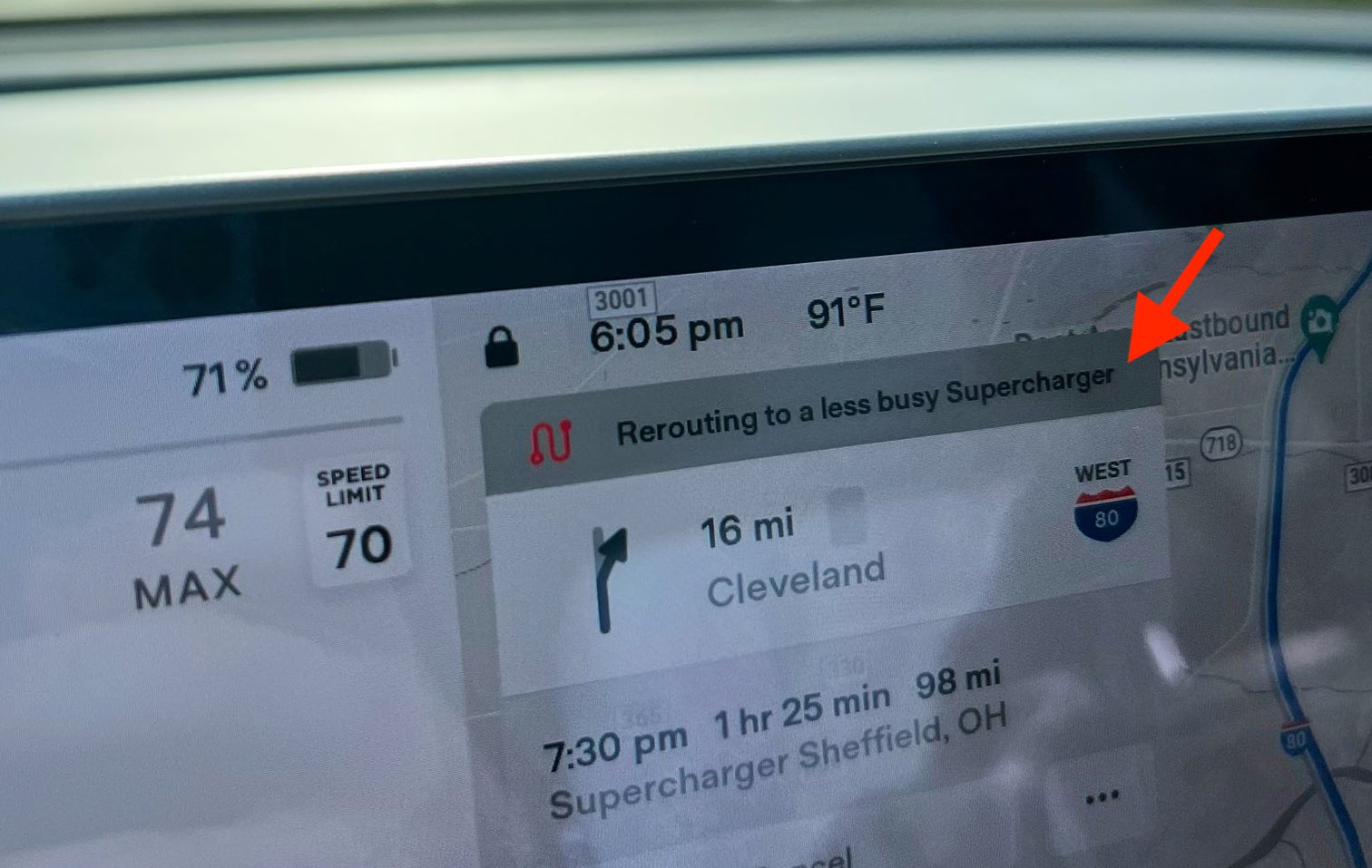 Some of Tesla’s improvements to its vehicles are pretty subtle. While the company tends to be pretty detailed with its software update release notes, there are some small functionalities that end up typically hidden, at least until some Tesla owners observe them for themselves.

Take Supercharger navigation, for example. During long drives, Tesla’s navigation system will inform drivers where they are and which Superchargers they need to use. Tesla’s in-vehicle software even includes information such as the number of stalls that are out of order or which ones are available.

As per recent observations from the electric vehicle community, Tesla also appears to have rolled out another subtle improvement for Supercharger navigation. While on a drive, Tesla owner @cybrtrkguy observed a new message on his vehicle’s infotainment display. The message was simple, but it was clear — “Rerouting to a less busy Supercharger,” the notice read.

Interestingly enough, the feature does not seem to allow drivers to accept or deny the suggested route so far. Tesla owners who observed the feature in their cars also did not mention any audible alerts informing them that they are being rerouted to a less busy charger.

Comments in forums such as the r/TeslaMotors subreddit noted that the new feature is quite useful, though it still seems to be a work in progress. Some owners noted that while their cars did reroute them to less crowded Superchargers, estimates from their vehicles indicated that they would be arriving at a charging site with less battery than usual.

Tesla’s Supercharger rerouting feature would be useful, especially as Tesla starts opening its Supercharger sites to non-Tesla vehicles. Crowded Superchargers already happen from time to time with only Teslas using the network. With non-Tesla EVs using Superchargers as well, the chances of charging stations being crowded are significantly larger.