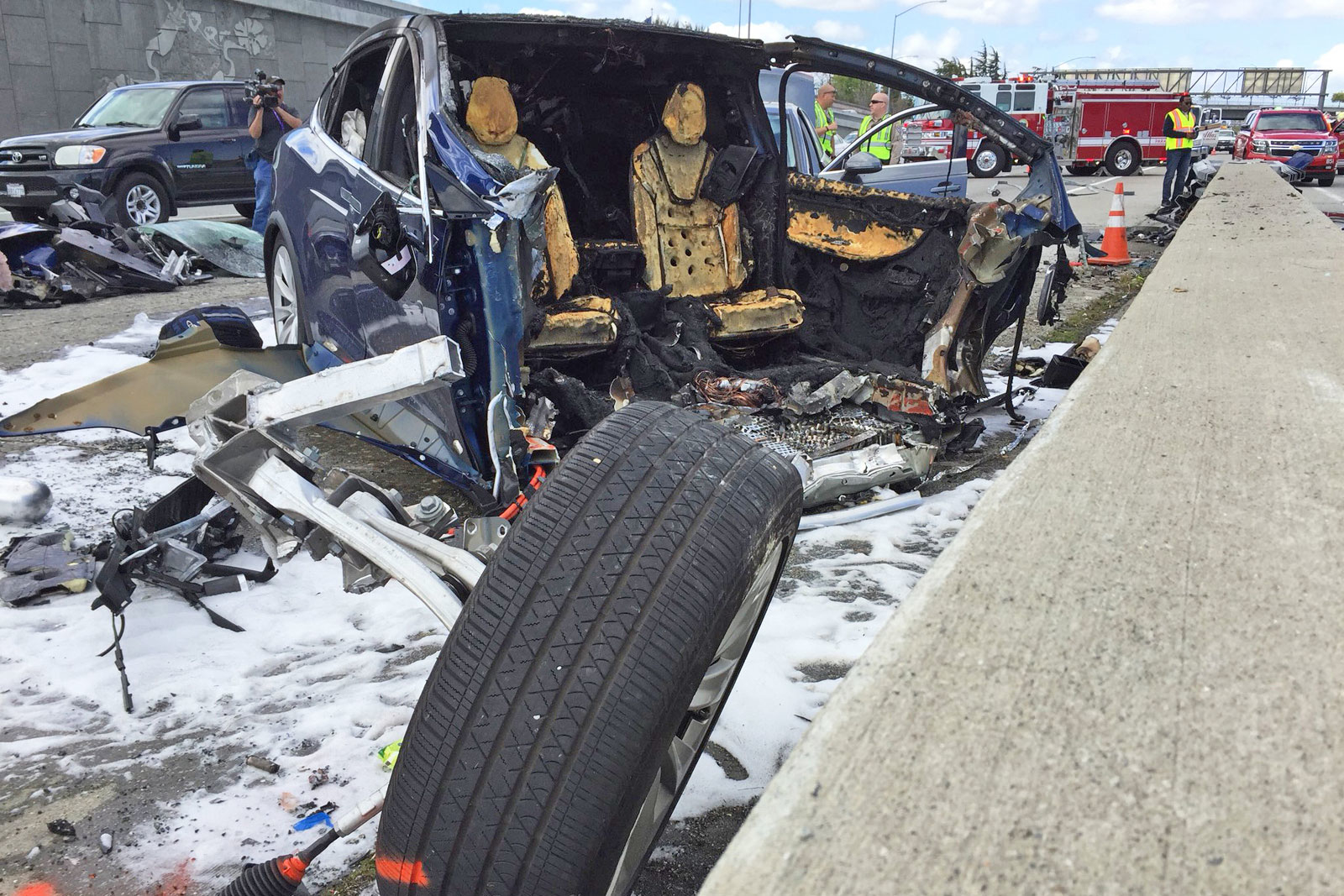 Tesla is facing a new lawsuit from the family of the ill-fated Model X that crashed into a highway barrier near Mountain View, CA last month. According to the family’s lawyer, the fatal accident would not have happened if Autopilot had never been turned on.

The latest developments in the story were reported on ABC7 News. In a recent interview with the news agency, Sevonne Huang, the wife of the Model X’s driver, reiterated the notion that her husband had complained about Autopilot’s behavior prior to the accident.

According to Sevonne, her husband had observed that the electric SUV would head towards the barrier when Autopilot was engaged. She also noted that her husband wanted to show her how the car’s driver-assist feature behaved in that specific area. She stated, however, that “a lot of time (sic), it doesn’t happen.” Nevertheless, when she heard news of the crash and saw the blue Model X, she knew that it was her husband’s vehicle.

Mike Fong, the family’s lawyer, stated that he does not expect to file a complaint against Tesla until the NTSB’s investigation is complete. Nevertheless, Fong believes that Tesla’s response to the incident places the blame on the driver of the Model X. This, according to the attorney, distracts issues with Autopilot.

“Its sensors misread the painted lane lines on the road, and its braking system failed to detect a stationary object ahead. Unfortunately, it appears that Tesla has tried to blame the victim here. It took him out of the lane that he was driving in, then it failed to brake, then it drove him into this fixed concrete barrier. We believe this would’ve never happened had this Autopilot never been turned on,” Fong said.

According to the local news agency, Tesla has released a new statement about the Model X crash, as follows.

We are very sorry for the family’s loss.

According to the family, Mr. Huang was well aware that Autopilot was not perfect and, specifically, he told them it was not reliable in that exact location, yet he nonetheless engaged Autopilot at that location. The crash happened on a clear day with several hundred feet of visibility ahead, which means that the only way for this accident to have occurred is if Mr. Huang was not paying attention to the road, despite the car providing multiple warnings to do so.

The fundamental premise of both moral and legal liability is a broken promise, and there was none here. Tesla is extremely clear that Autopilot requires the driver to be alert and have hands on the wheel. This reminder is made every single time Autopilot is engaged. If the system detects that hands are not on, it provides visual and auditory alerts. This happened several times on Mr. Huang’s drive that day.

We empathize with Mr. Huang’s family, who are understandably facing loss and grief, but the false impression that Autopilot is unsafe will cause harm to others on the road. NHTSA found that even the early version of Tesla Autopilot resulted in 40% fewer crashes and it has improved substantially since then. The reason that other families are not on TV is because their loved ones are still alive.

The NTSB’s investigation is ongoing into the fatal Model X accident. This past weekend, Tesla CEO Elon Musk and NTSB Chairman Robert Sumwalt talked about the agency’s investigative processes and Tesla’s initiatives to address safety recommendations that it previously received. According to a spokesman from the NTSB, Musk and Sumwalt had a “very constructive conversation.”