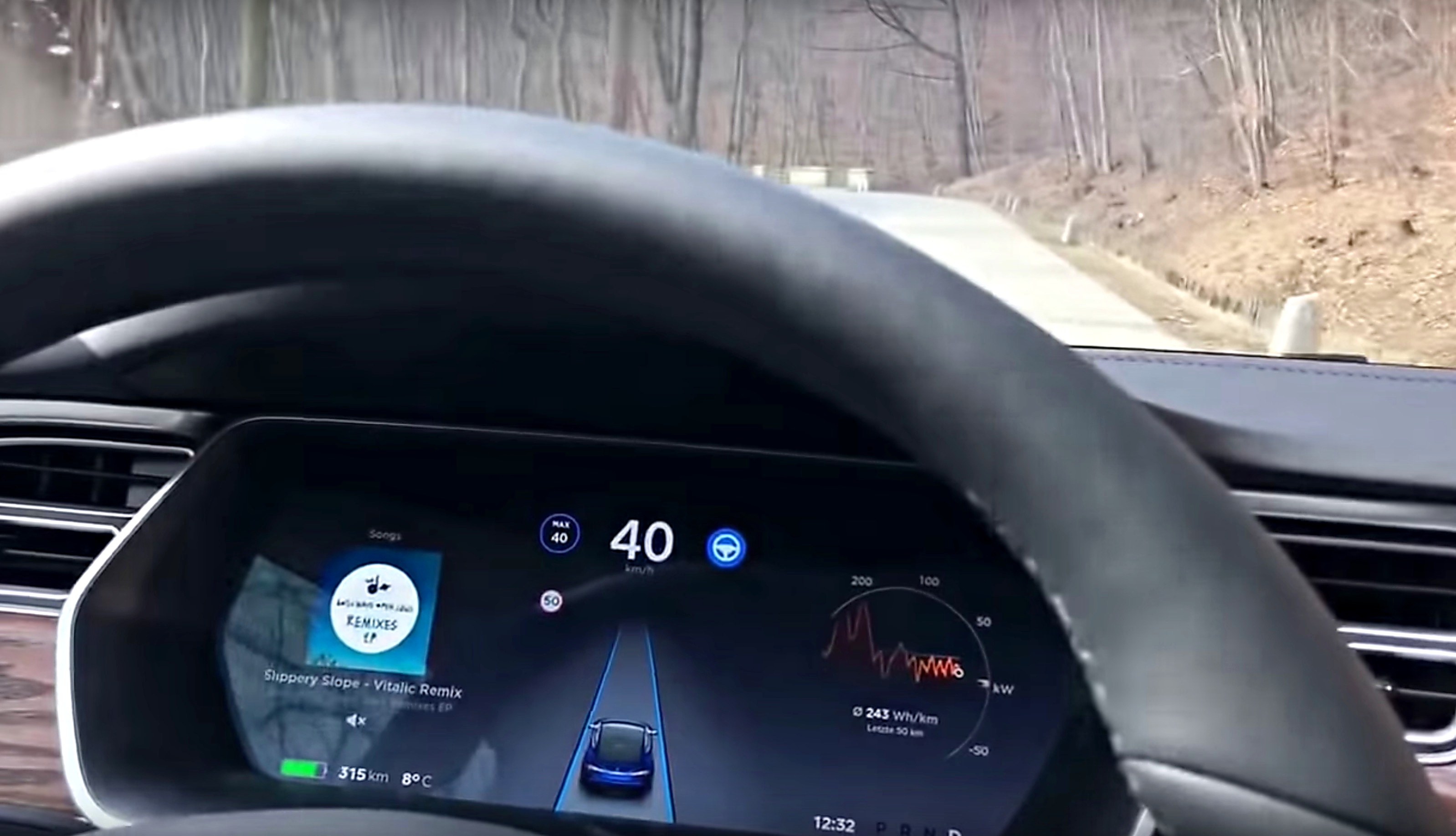 A Tesla Model S on was recently able to drive over one of Vienna’s most challenging roads while on Autopilot 2.0. Despite the streets being old, cobblestoned, unmarked, filled with bends, and narrow, the AP2.0 Model S with software update v8.1 2018.10.4 was able to handle the road without any problems.

The impressive video of the Model S’ feat was uploaded to YouTube by Robby Robson, a Tesla enthusiast from Austria. According to Robson, he took his vehicle to Höhenstrasse, a hilly, usually windy, old road in the hills of Vienna. On a post in the r/TeslaMotors subreddit, the Model S owner even noted that the streets of Höhenstrasse are among the “crappiest” in his area. Despite these, however, Robson stated that his electric car still performed “like a champ” during the drive.

Tesla’s latest version of Autopilot has been getting rave reviews from Tesla owners worldwide, with drivers lauding the vehicles’ refined driver-assist features. With the latest update, some of AP2.0’s prior weaknesses, such as driving over roads with poor visibility, lane-changing, lane-keeping, and handling roads without lanes, have been addressed and improved.

Just recently, we reported on a Tesla Model S with v8.1 2018.10.4 escaping a possible head-on collision with an oncoming vehicle. The incident, which happened in Switzerland, involved a Volkswagen Beetle carelessly overtaking a slow-moving tractor just as the Model S was driving by. Seconds before the incident, the Model S’ Forward Collision kicked in, warning the driver that a head-on crash might happen.

The driver of the Model S in Switzerland credits Tesla for the improvements to its AP2.0 suite, stating that the system’s array of cameras, ultrasonic sensors, and radar all helped his vehicle in detecting the possible accident. The entire process only took a few seconds, but it was those few seconds that ultimately determined if the Model S driver would escape harm or not.

The noteworthy improvement of v8.1 2018.10.4 to Autopilot 2.0’s performance is something that is many months in the making. In a letter to shareholders last year, Tesla mentioned that it is making progress in its AP2.0 suite’s artificial intelligence and neural tech technology, which allows the cars to learn from other Teslas on the road. These AI and neural net initiatives were further mentioned in Tesla’s Q4 2017 update latter, where the company indicated that an “overhaul” of its AP2.0 software had been completed. Tesla AI Director Andrej Karpathy also announced on Twitter after the release of v8.1 2018.10.4 that the software’s current version was the result of a “fairly extensive” rewrite.

Based on shared videos of Tesla’s latest Autopilot software in action, it appears that the Elon Musk-led company’s intelligent driver-assist feature is well on its way to becoming almost as good as a careful human driver. Tesla’s refinements in its software are just one side of the coin, however, as the company is also looking into producing its own hardware. As we noted last December, Elon Musk announced that Tesla is currently looking into the development of custom AI chips for its fleet.