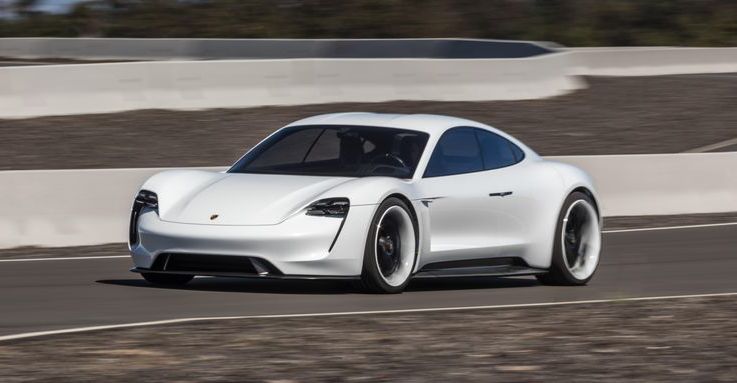 Porsche’s Vice President of Product Line BEV, Stefan Weckbach, recently threw some shade at Tesla, stating that the Mission E, the German automaker’s upcoming rival to the Model S, will not have the limitations present in its iconic American counterpart.

The Porsche executive underplayed the performance of the Tesla’s flagship Model S, stating that the vehicle’s capabilities carry a significant weakness since the car is unable to maintain optimum levels of performance for extended periods of time. According to Weckbach, this particular weakness will not be present in the Mission E.

“(Tesla’s) system is throttled. Porsche drivers won’t need to worry about that because the Mission E’s being developed to deliver reproducible performance and a top speed which can be maintained for long periods,” the Porsche exec said according to Autoblog. Weckback asserted that Tesla’s ubiquitous and world record-setting 0-60 mph prowess will fail after a couple of runs. “But only twice — the third attempt will fail.” said the Mission E lead.

While Weckbach’s comments might have been somewhat accurate back when Tesla was limiting the use of its Ludicrous Mode to prevent the expedited wear and tear on its vehicles’ drivetrain and motor, the Porsche exec’s statements are not very accurate in the present context of Tesla’s vehicles. Both the Model S and the Model X, after all, are now capable of launching with Ludicrous Mode consistently, though the electric cars are still yet to dominate in an area where Porsche has expertise — extended performance driving on a track.

Weckbach further asserted that the Mission E would be absent of any gimmicks, dismissing the idea of simulating internal combustion engine sounds on the electric car to give it more character, even stating that the legacy automaker would not “lower” itself with such features. Weckbach asserted, however, that the Mission E will still provide its drivers with an ‘emotional’ experience that is comparable to those provided by the company’s iconic vehicles such as the Porsche 911 and the 918 Spyder.

“Porsche is unlikely to lower itself to gimmicks of this kind or use sound effects. Any sound the Mission E makes will work to enhance the emotional factor of the car, and incorporate a clear reference to the technology,” Weckbach said.

Apart from his comments about Tesla and the lack of gimmicks on the Mission E, the Porsche exec also provided some tidbits of information about the upcoming electric car’s gear and luggage space.

“The front of the Mission E will contain lots of high-tech gear — the electric motor, the power electronics, the cooling system and other high-voltage components. Even with that, there are still 100 liters of space for luggage,” the exec said.

As we noted in a previous report, Porsche is doubling down on its efforts to meet Tesla head-on, investing $7.4 billion on its green car initiatives. Apart from the development of its electric and hybrid cars, Porsche is also investing $868 million in the construction of an ultra-fast charging network for its vehicles. Dubbed the Ionity network, Porsche response to Tesla’s Superchargers is reportedly designed to provide a standard output of 350 kW, which would enable owners of the Mission E to get 248 miles of charge in just 15 minutes. In comparison, Tesla’s Superchargers have a standard output of about 120 kW.