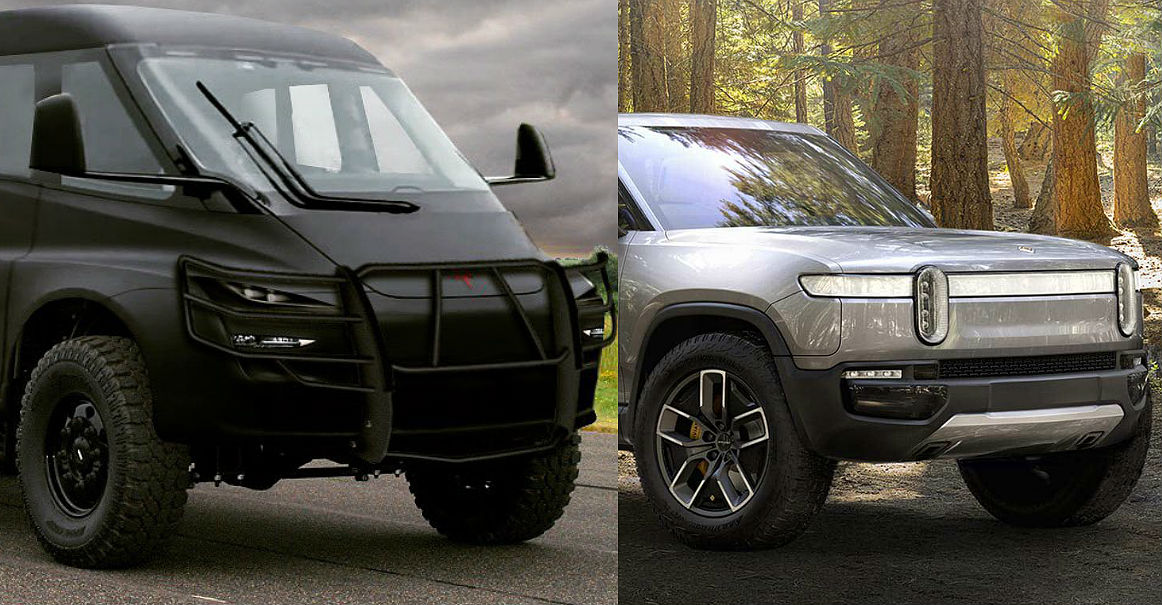 The mighty Ford F-150 might see a legitimate challenge in the near future, if the veteran automaker neglects to prepare adequately for the arrival of two all-electric pickup trucks on the market — the Tesla Truck and the Rivian R1T.

The disruption of battery-powered pickup trucks was highlighted in a note from Morgan Stanley analyst Adam Jonas on Thursday. Addressing the firm’s investors, the analyst stated that an electric pickup successfully launched by a new player like Tesla or Rivian “could be a serious problem for the Detroit-based traditional automakers.” With the arrival of compelling vehicles, Jonas noted that experienced carmakers like Ford could lose the opportunity to gain a “first mover advantage” in the electric pickup market.

The Wall St analyst’s points hit the nail on the head, considering that the innate characteristics of electric vehicles such as instant torque and generous towing capacity are factors that are vital to the pickup truck market. The Rivian R1T, for example, is listed with a towing capacity of 11,000 pounds, though CEO RJ Scaringe noted in a recent interview that the truck could tow far beyond its official rating. Thanks to the R1T’s four electric motors, the truck is also able to hit 60 mph in just 3 seconds.

The Tesla Truck, on the other hand, has been mentioned several times by Elon Musk in recent months. Last year, Musk held a Twitter brainstorming session with his social media followers to list down features that are important for pickup truck owners. By the end of the session, Musk noted that the Tesla Truck would have two electric motors and dynamic suspension, a range of 400-500 miles per charge, four-wheel steering, a 240-volt connection for heavy-duty tools, and even an air compressor to run other equipment. Musk also noted that the vehicle could tow as much as 300,000 pounds.

Anyone skeptical of the potential disruption from an electric vehicle does not need to look very far. Over the past year, Tesla’s Model 3 midsize sedan all but shook the United States’ passenger car market, creeping up on ubiquitous vehicles like the Toyota Camry and dominating in revenue rankings. By the end of 2018, the Model 3 was the US’ best-selling luxury vehicle, despite being a sedan in a market that prefers SUVs and pickup trucks.

With a battery-powered pickup truck that is reasonably priced and well-equipped with features, carmakers such as Tesla and Rivian could challenge even the US auto industry’s biggest sellers, including the Ford F-150. One thing that would be a hindrance to this potential disruption, of course, would be the capability of electric car makers to scale production, especially considering the demand for pickups in the US. In this light, Rivian must still prove itself, since the production of the R1T is yet to begin. Tesla, on the other hand, is already learning the art of mass production, as shown by its growing pains with the Model 3 ramp.

A Way to Maintain the Status Quo

Despite the upcoming challenge and Wall Street’s recent warning, Ford does have a way to maintain the status quo in the pickup truck market. Last month, Jim Farley, Ford’s president of global markets, announced that the F-series would be going electric. Farley later added that the decision to adopt all-electric and hybrid power is a way to “future-proof” the company’s most successful vehicle line.

If recent sightings are any indication, it appears that Ford is at least testing an electric prototype of the F-150. As noted in a recent sighting, a camouflaged electric F-150 has been spotted charging at a station. The vehicle looked a lot like a regular truck, save for its charging port and its higher ride height, which appeared to be the result of batteries installed underneath the vehicle. Provided that Ford does not show some ill-timed hubris by giving the electric F-150 mediocre specs and range, the company could very well weather the storm of electric trucks coming its way.